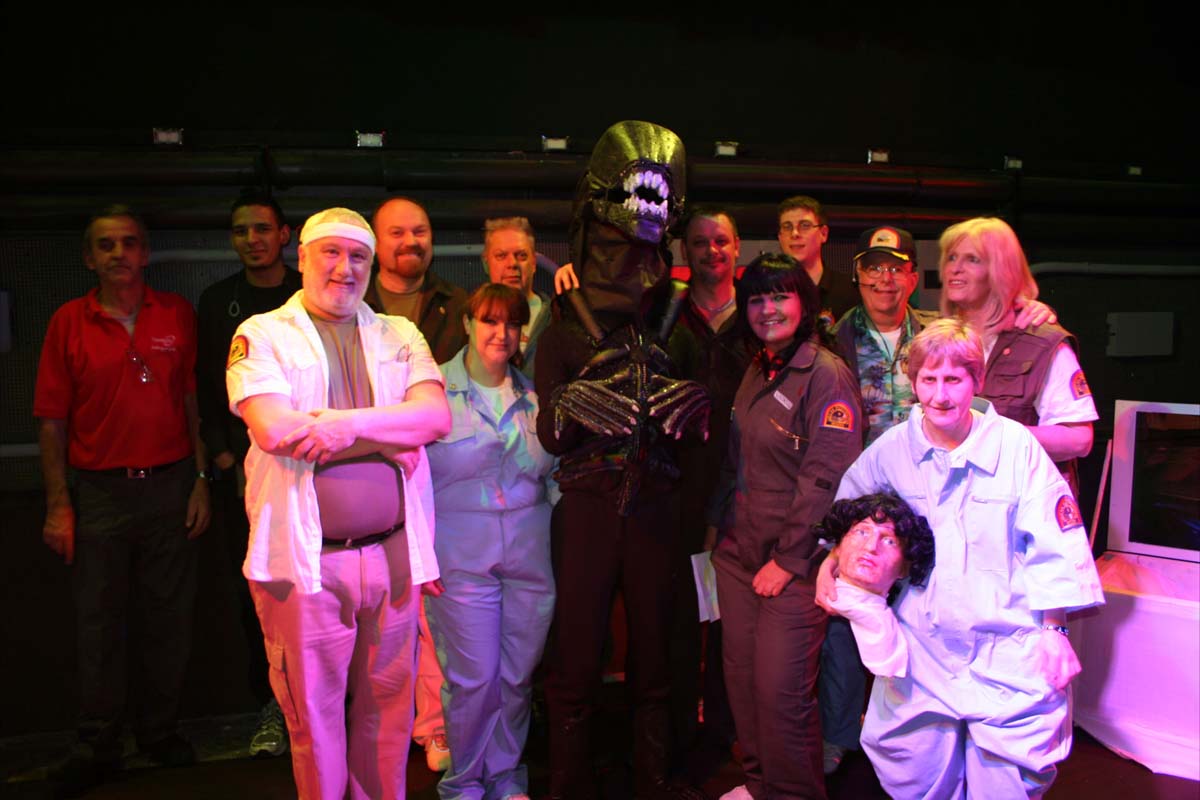 A very amateur dramatics group led by Dorset Bus Drivers spent a year creating a serious stage adaptation of Ridley Scott’s cult classic sci-fi horror film Alien. Their village-hall show is a crushing flop; it seems their hard work was for nothing, but fate gives them a second chance to perform their homemade homage in a London West End theatre, for one night only. With wobbly sets, awkward acting, and special effects, requiring ‘more luck than judgement’, will they be alright on the night? This bus driving crew are our space heroes. Their bus station is our space station. Dorset is outer-space and where is the Alien? It’s behind you!

“This documentary that plays like a mockumentary tells the improbable tale of a shaggy crew of UK bus drivers who take an amateur stage production of Ridley Scott’s Alien to London’s West End – and it’s every bit as hilarious as that sounds. Revealing amazing feats of technical ingenuity, actors who’d rather be at the pub than learn their lines, and a former military director who hates the spotlight, Alien on Stage captures lighting in a bottle. Like a real-life Waiting for Guffman with a fairytale ending, it’s one of the funniest documentaries in years.”
– Jude Dry, Variety

“Alien on Stage wears its nerd badge with pride, filmmakers and performers alike imbuing the screen with child-like levels of excitement. It’s an uplifting, charming, and thoroughly enjoyable documentary that will make you fall in love with Alien and the theatre all over again. /…/ A film that will make you smile till your cheeks hurt, Alien on Stage is a glorious beacon of light in the current darkness of the world.”
– Kat Hughes, The Hollywood News

“Alien on Stage is an exuberant celebration for underdogs everywhere … With its wobbly sets, iffy effects and less than impressive acting, it should be depressing to watch. Yet with the obvious passion on display, the jaunty soundtrack and quick edits there’s something undeniably euphoric about witnessing it come together.”
– David S. Smith, Horror Cult Films

“Impossible not to fall in love with.”
– Live for Film 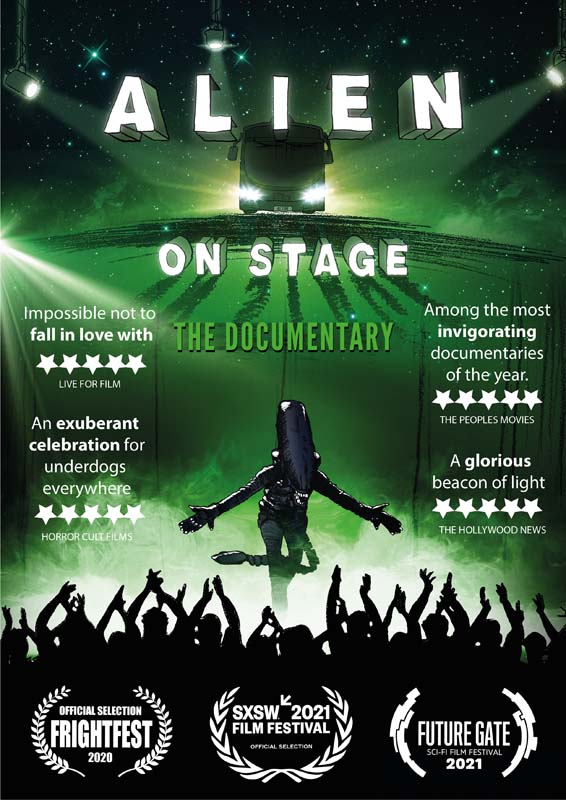 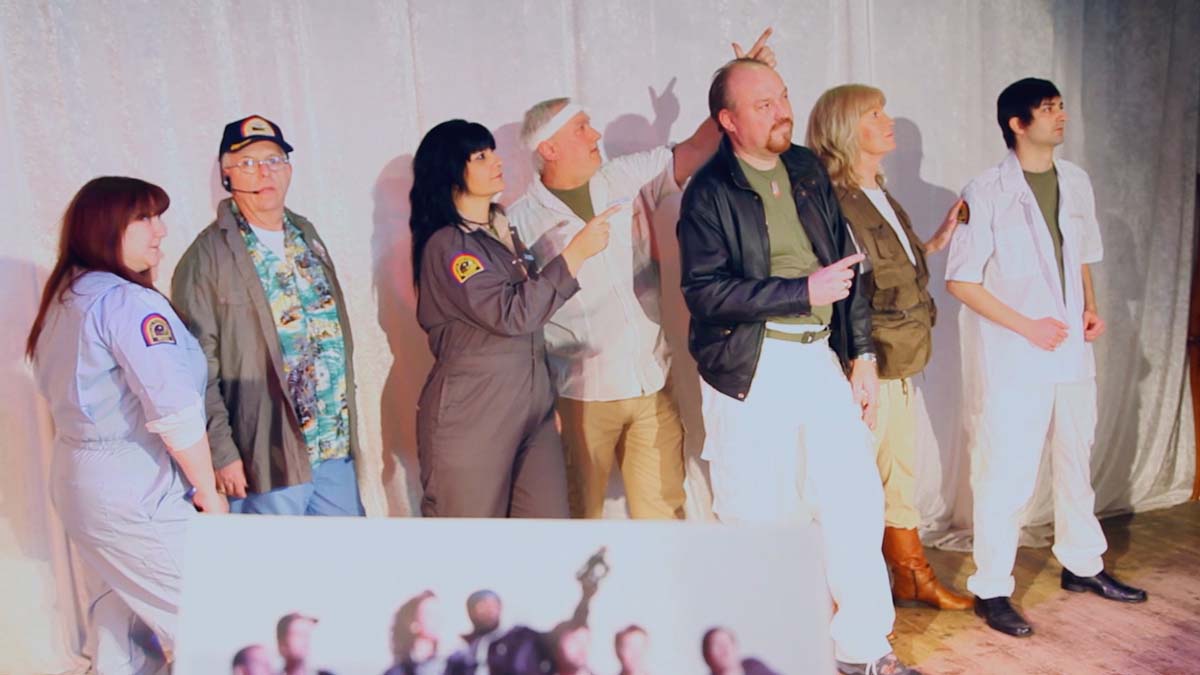 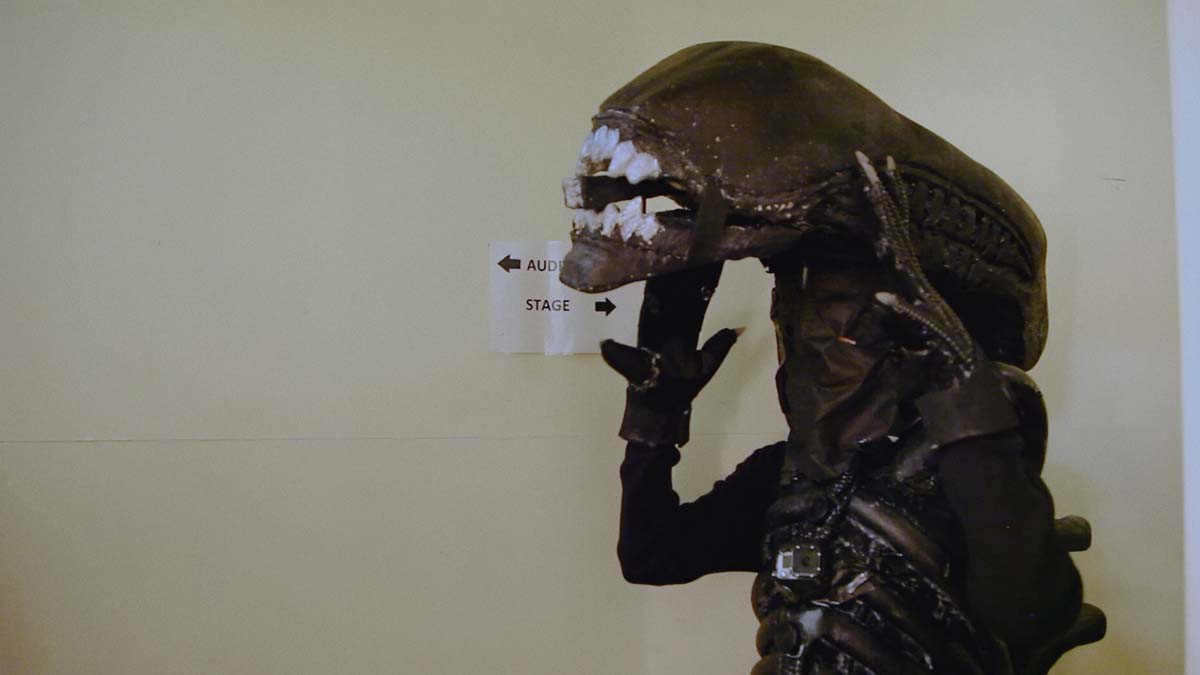