“All you need to make a film is a girl and a gun. It was Griffith who said that, not me.”
– D. W. Griffith via Jean-Luc Godard 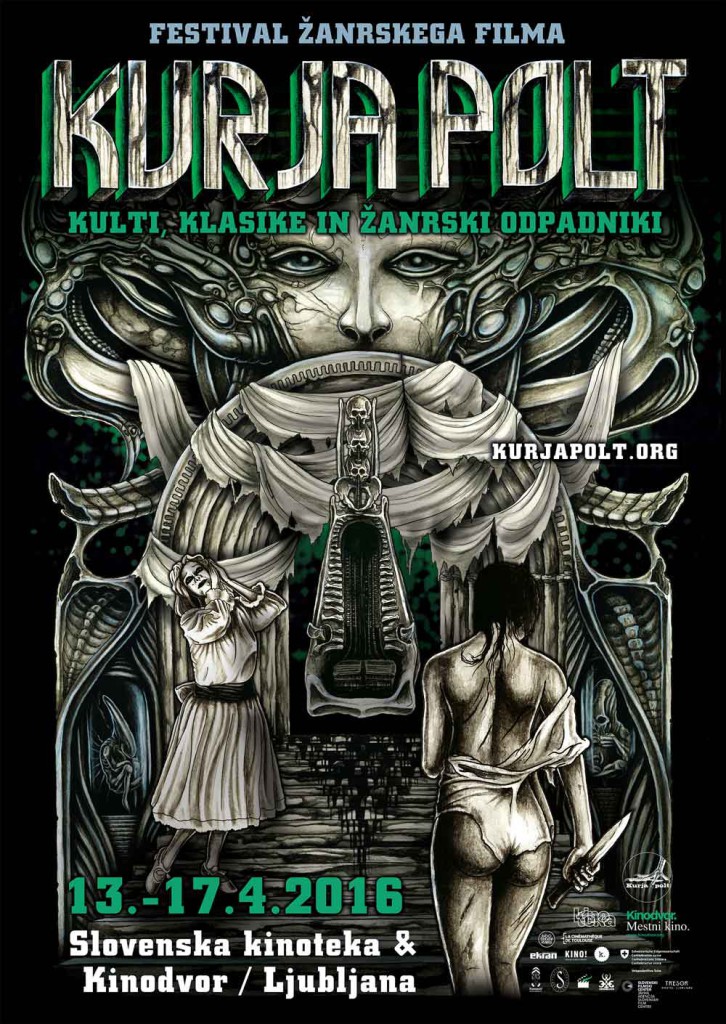 “All you need to make a Jean Rollin film is two girls and a gun.”* And all you need for Robert Aldrich’s masterpiece of American gothic, What Ever Happened to Baby Jane? (1962), are two mature women and a wheelchair. The third edition of Kurja polt Genre Film Festival gives a nod to the Griffith-Godard formula. “Girls” are indispensable. Even if the structural position of a gun can be filled by a plethora of things: a chain saw, a hanger, a giant gorilla, or in our case a wheelchair, a rope and a winch, a fifty foot torso or vampire fangs… With our thematic Final Girl Retrospective we pay tribute to prominent female figures and roles, a few indispensable »final girls«, and take as our point of departure one of horror film theory’s seminal works, Carol J. Clover’s 1992 Men, Women, and Chain Saws: Gender in the Modern Horror Film. 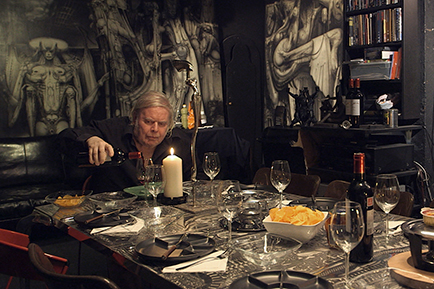 While our Young Bloods section of handpicked and generically diverse contemporary films bursts with testosterone by the seams. American independent horror legend Larry Fessenden teams up with debut director Ted Geoghegan for haunted house chiller We Are Still Here (2015). Writer-musician S. Craig Zahler’s horror-western hybrid Bone Tomahawk (2015) brings us Kurt Russell in top, “Snake Plissken” form. Straight from Hyderabad, the home of Tollywood film industry, comes the most expensive Indian film to date, S.S. Rajamouli’s heroic epic, war spectacle, love story and Tollywood musical about the mythical Baahubali (Baahubali: The Beginning, 2015) all rolled into one. With the screening of Demon (2015), a unique and confident crossbreed between art-house and genre cinema, we honour the memory of young Polish director Marcin Wrona, a guest at Kino Otok Film Festival in Izola, Slovenia in 2011.

Carol Clover developed her Final Girl theory and trope, which has long since become part of the vernacular, on the basis of “modern slashers”, films, featuring psychotic killers and their largely female victims,which came into prominence post-1974 and The Texas Chain Saw Massacre. Her book takes under scrutiny those horror subgenres “in which female figures and/or gender issues loom especially large”: slashers, occult or possession, and rape-revenge films. The Final Girl’s original habitat, the slasher, enjoys the dubious reputation as one of the most formulaic horror subgenres. from one film(maker) to the next its basic structure remains fundamentally unchanged, only to be repeated in countless sequels and remakes. Moreover, these film franchises (Halloween, Friday the 13th, A Nightmare on Elm Street, Scream) are well known and often seen popular hits of the bloody genre. Therefore, we hijacked the Final Girl concept from its author’s and its subgenre’s original domain – in order to play with it freely on celluloid and the silver screen. 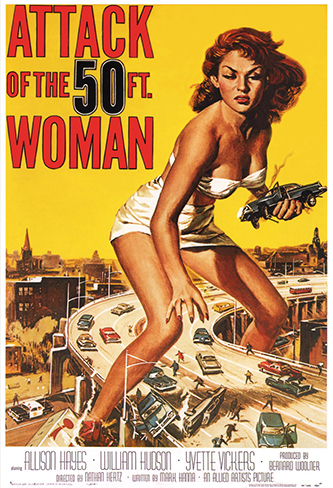 We will reflect on monstrous supernatural femininity during the ultimate lesson in occult horror, Dario Argento’s Suspiria (1977), John Hancock’s restrained gem Let’s Scare Jessica to Death (1971) and The Living Dead Girl (La Morte vivante, 1982) by the great Jean Rollin, poète maudit of fantastic horrotica. Since finding a film on par with the notorious I Spit on Your Grave (1978) would be utterly futile, we shall tackle the much feared and detested rape-revenge subgenre exactly as Clover does. With the cult sci-fi exploitation flick Attack of the 50 Foot Woman (1958) we will avenge adultery, this ambivalent mixture of rape and sex from Production Code era, as well. With Robert Aldrich’s certified classic, What Ever Happened to Baby Jane?, we will wonder who is the victim here, Davis or Crawford, and never reach a definitive answer. And we shall not skimp entirely on psychotic killers, but instead of Clover’s chain saw wielding monsters, we will find ours in yet another quiet jewel, Fred Walton’s When a Stranger Calls (1979).

Slasher’s (and Clover’s) Final Girl is the one who survives … the longest; her struggle for survival is the storyline’s focus. If at first she still requires a masculine saviour, the cinematic equivalent of Little Red Riding Hood’s chevalier woodsman, in later slashers she becomes her own saviour, the victim turned hero. While the figure of an inept would-be “woodsman” becomes the repeated subject of parody. We have searched for our »Final Girls« beyond slasher films, beyond horror film, and since we like to break our own rules, even beyond genre film. They are women who suffer various fates, their position as Final Girls is not always obvious, and contrary to the heroines of slasher films (Stevie, Marti, Terry, Laurie, Stretch, Ripley …) even their names are abnormally female: Nancy, Jane, Blanche, Jessica, Emily, Catherine, Hélène, Jennifer, Jill and Suzy. Don’t be incompetent would-be “woodsmen”. Don’t leave them hanging out to dry.