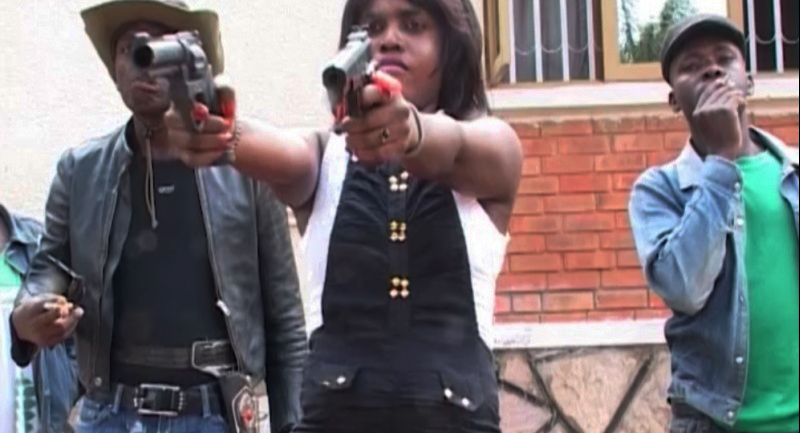 A mild-mannered doctor (Alan Hofmanis, expatriate New Yorker and Wakaliwood’s ambassador to the world) is trained in the art of ass-kicking commando vengeance by a no-nonsense ghetto kid named Wesley Snipes. But he’s up against Bad Black, the bad-ass, street-fighting vixen who’s in charge of the gang ruling the streets of Wakaliga. A slum in Uganda’s capital of Kampala, Wakaliga is home to the grassroots film studio Wakaliwood where director Isaac Godfrey Geoffrey Nabwana aka “Uganda’s Tarantino” and his crew are creating the most insane and insanely entertaining no-budget DIY action extravaganza the nascent Ugandan, African and World cinema has ever seen. Bad Black took festival audiences by storm and was recently showcased at New York’s Museum of Modern Art (MoMA). An instant cult classic, if ever there was one!

“Bad Black is a deliriously entertaining multi-genre mashup by the self-taught and staggeringly prolific Ugandan filmmaker Nabwana I.G.G. This supercharged mix of pretty good kung-fu, gloriously bad special effects and wickedly funny voiceover narration is also sprinkled with affecting drama and sharp social commentary that elevate it far above mere novelty status. Guaranteed to thrill midnight-movie geeks and well worth the attention of cineastes and film scholars. /…/ Nabwana has cranked out nearly 40 features in the past 15 years. Since 2011 his principal collaborator has been Alan Hofmanis, a filmic jack-of-all-trades New Yorker who viewed the trailer for Nabwana’s Who Killed Captain Alex (2.8 million You Tube hits thus far) and arrived unannounced on the Ugandan’s doorstep shortly thereafter.”
– Richard Kuipers, Variety

“From carving guns and ammo pouches out of wood to learning kung fu by copying ALL the moves from Bruce Lee films, these men pull out all stops to create wall-to-wall insanity, and the effect is hypnotizing. With almost every action movie trope imaginable – from heists to car chases, exploding helicopters to long bouts of hand-to-hand combat – this is the film that makes you realize how painfully lame Hollywood action films look compared with the wild, vivid and wonderful world of Wakaliwood.”
– American Cinematheque

“The Fantastic Fest programmers scour the globe to bring titles that puzzle us, but they are always, in their own way, authentic. By that standard, the far-and-away winner was Bad Black, a production from Wakaliwood, a film-making facility run by Nabwana IGG in the slums of the Wakaliga section of Kampala, Uganda. They may have no indoor plumbing, but they do have a tremendous amount of creativity and humor. Nabwana IGG’s movies (and he has made over thirty) are shot on cheap video with horrendous special effects. What makes them so watchable is the glee with which the actors tackle the role, and the running Greek chorus commentary track. While the movie does have dialogue, there is a voice of God explaining and commenting on everything he sees with impeccable comic timing. (This has an interesting origin: when films first came to Uganda they were not dubbed, so when they were projected in video clubs, someone would talk over them to explain the scenes, even if he really didn’t know what was going on himself. That tradition has stuck, even as Uganda begins to make its own movies.) When a visiting white doctor turns into a killing machine and starts shooting up the place, our narrator cracks: ‘This doctor needs borders!’ It got a bigger reaction than Shyamalan’s twist ending to Split. /…/ An early look at Hollywood movies while guzzling beer at parties is one thing, but an invitation to experience something direct from another culture is what I call truly fantastic.”
– Jordan Hoffman, The Guardian

“Hurray For Wakaliwood – The Best Emergent Cinema On The Planet. /…/ Movies should rarely be defined by the context in which they are made. Except when it means everything.”
– Film Crit Hulk, Birth.Movies.Death.

“An action epic unlike any other.”
– Cinema Slasher 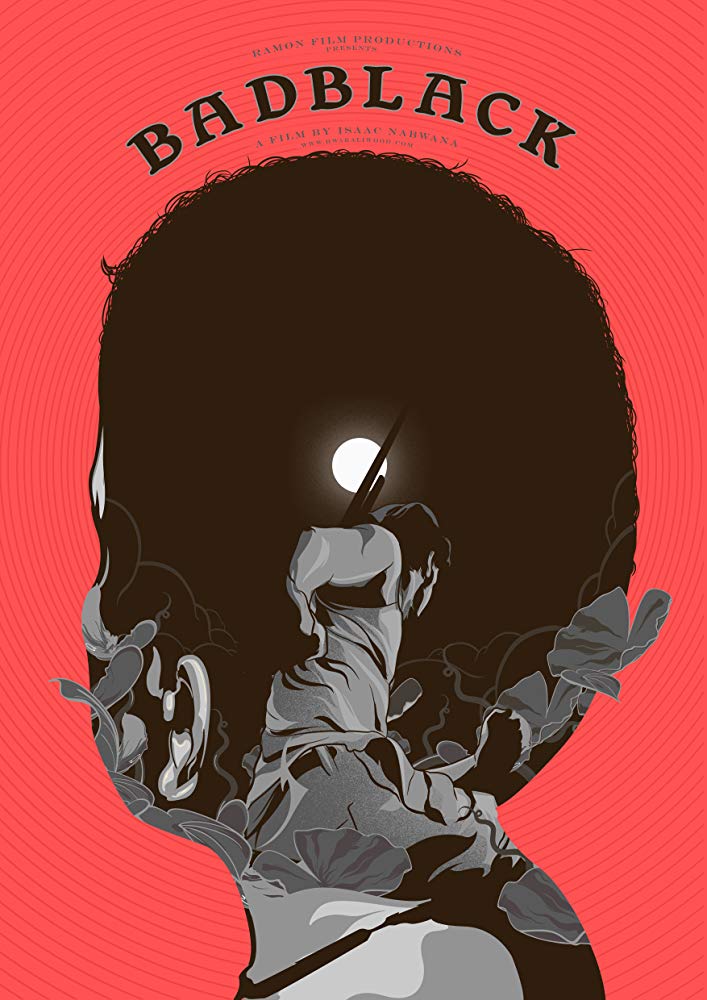 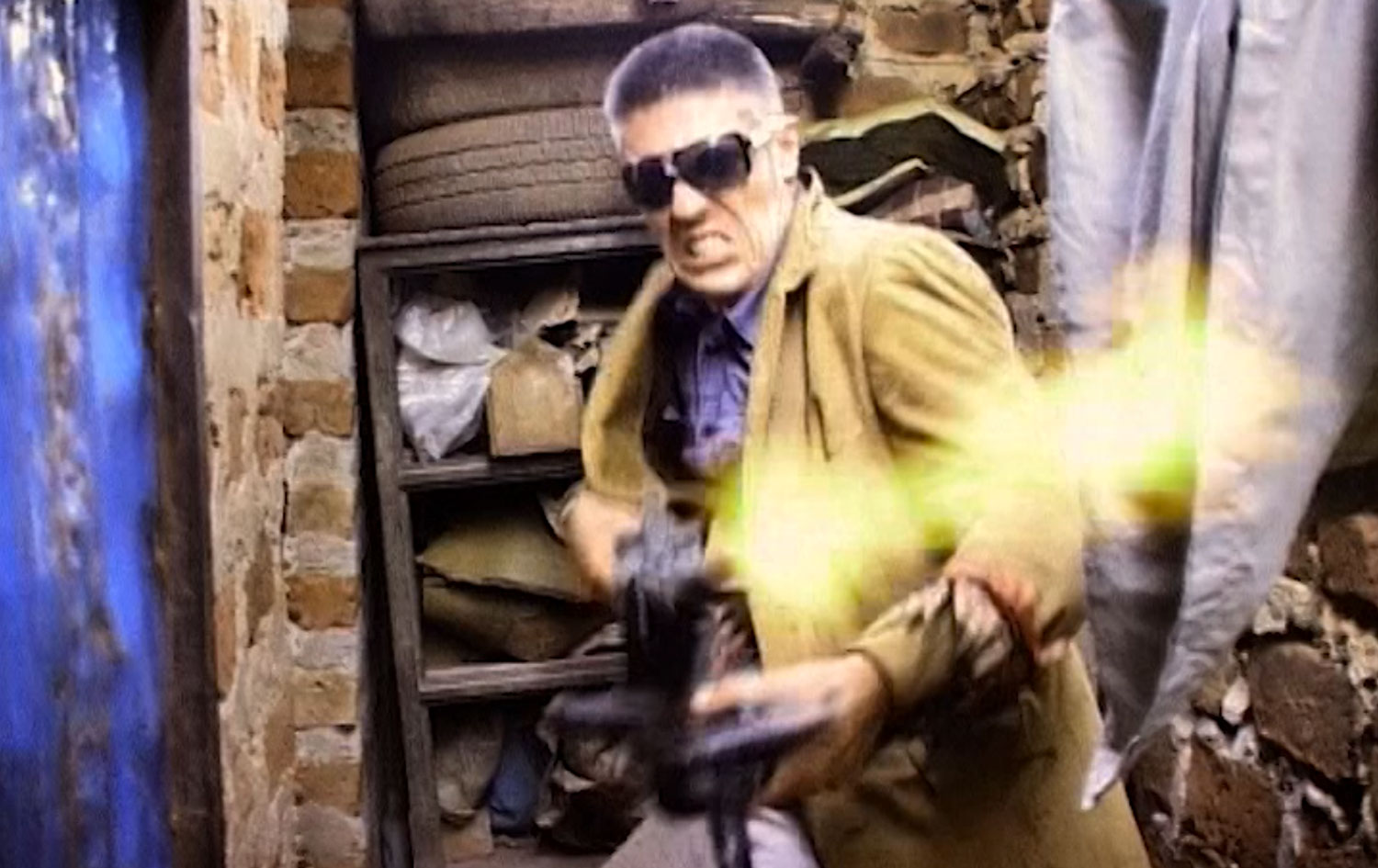 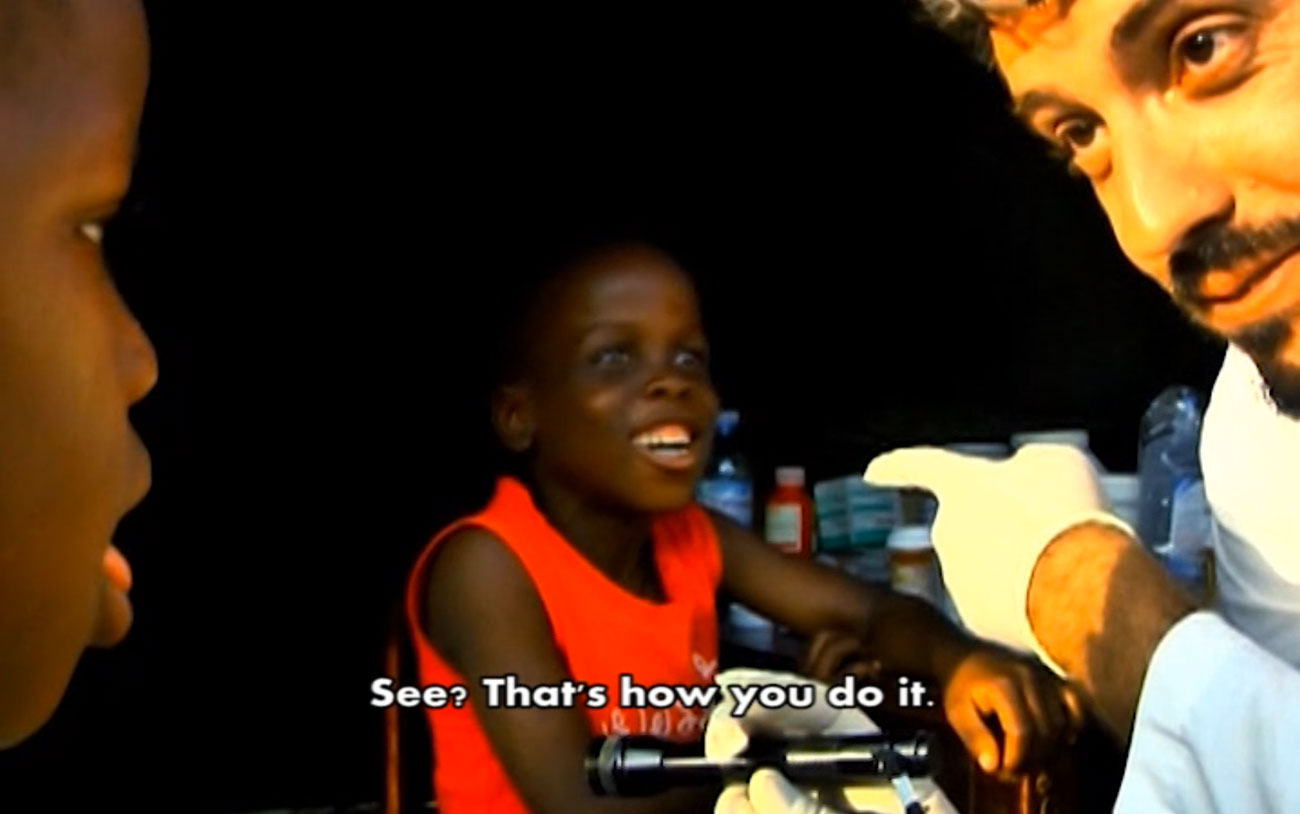 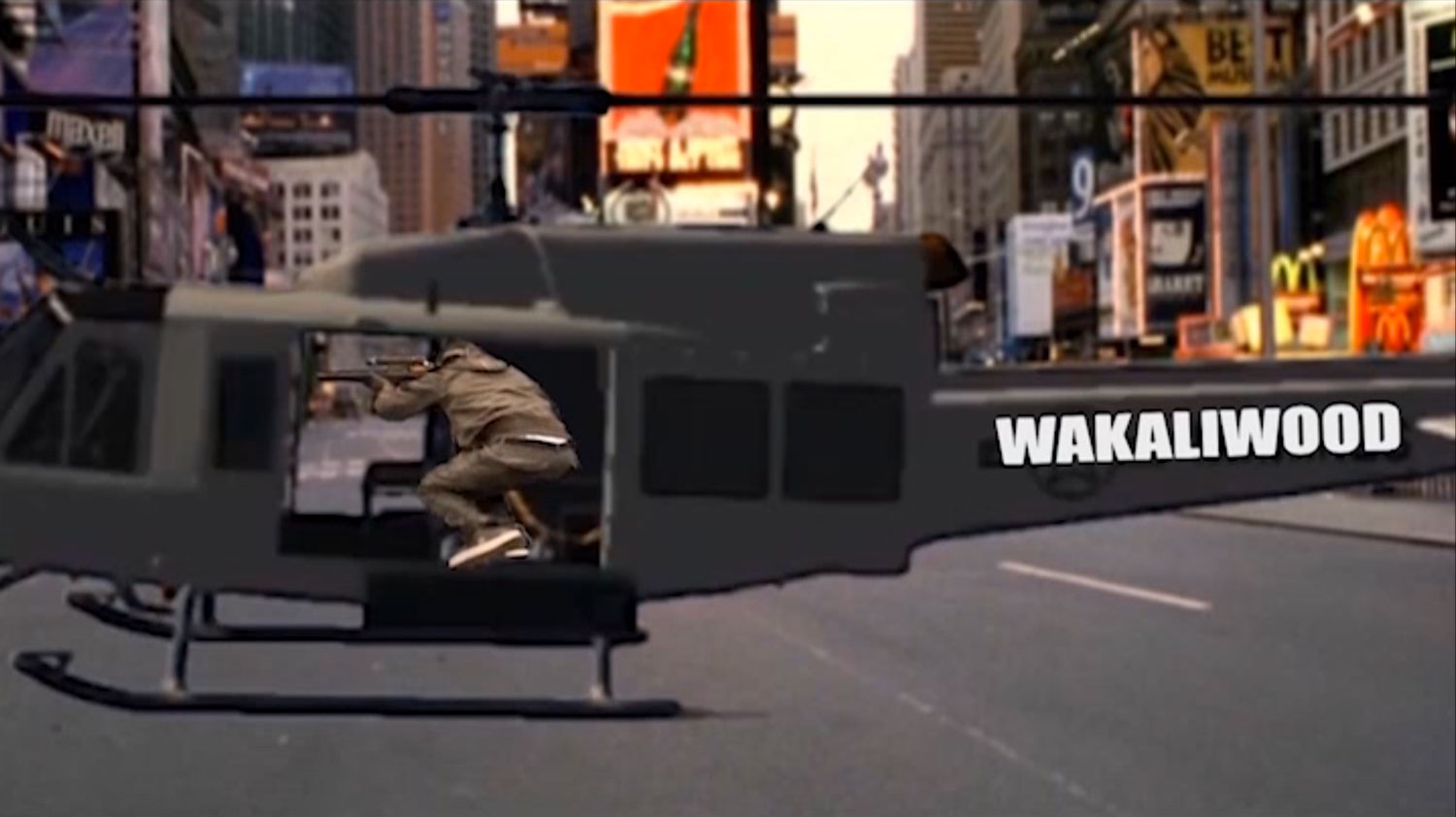