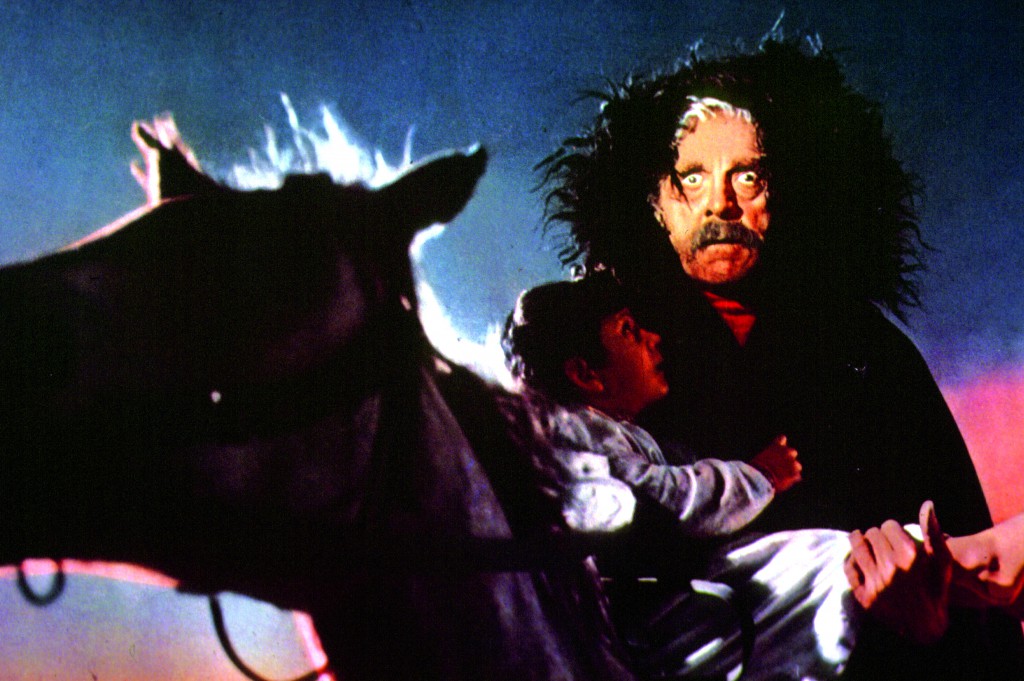 An atmospheric horror anthology loosely based on Tolstoy, Chekhov and Maupassant. In ‘The telephone’ a call-girl is terrorized by threatening phone calls, presumably coming from her former pimp and escaped convict; in 19th century a Russian patriarch (Boris Karloff) falls prey to a vampiric creature called ‘The Wurdalak’; in the final episode, ‘The Drop of Water’, a young nurse steals a sapphire ring from an elderly patient and is haunted by her ghost.

With this sinister trio of tales featuring legendary Boris Karloff as vampire and host, which inspired the name of the seminal heavy metal band and Tarantino’s Pulp Fiction, Bava returns to the literary pedigree of his directorial debut Black Sunday,this time in a more contemporary and at times spine-chilling guise, full of wit and sexual innuendo.

“I prefer, above all, those horror films, which revolve around a single person. What interests me is the fear experienced by a person alone in their room, afraid of only themselves, as the ordinary objects surrounding them begin to inexplicably acquire life, and move menacingly around. Then we know that the only real monsters are those which we carry within ourselves.”
– Mario Bava

“If the feature film that scared me the most is a classic by Robert Wise, The Haunting (1963), the short film that utterly disturbed me was directed by Mario Bava. Black Sabbath contains an episode based on a short story by Chekhov, The Drop of Water. It’s the scariest film fragment I’ve ever seen in my life.”
– Sam Raimi

“Hosted with sly panache by the great Boris Karloff, Black Sabbath was Mario Bava’s personal favourite of all his films. In the case of ‘The Drop of Water’ and ‘The Telephone,’ he was able to stage the kind of terror for which he had the greatest affinity. /…/ The final episode, ‘The Wurdalak,’ stars Karloff himself as Gorka… Despite its compact length, this is one of the screen’s most epic, complete treatments of vampirism, and in it Karloff delivers one of his most terrifying portrayals… The European version of Black Sabbath explains that Mary (Lydia Alfonsi) – who spends the night with Mercier to calm her nerves in the US version – actually made the calls herself to intimidate her way into bed with Mercier! AIP, realizing that children would be attending the latest Karloff release in large numbers, dubbed the lesbian angle – and the episode’s shock value – out of existence.
/…/
On the last day of shooting, Bava received a telegram telling him to lighten things up. The director did some fast thinking and designed a final shot that, in its sheer outrageousness, perhaps provided too much relief and was never included in AIP’s domestic print. The shot was a tight close-up of Gorka and his grandson speeding away on horseback, which pulled back until the camera betrayed the entire cinematic illusion – technicians passing bare branches in front of the camera, a revolving background with paper clouds to provide the sensation of speed, and two actors astride a large, rocking hobby horse! When Bava sketched the scene verbally for Karloff, the director was touched and startled by the actor’s response: ‘Karloff embraced me and said that, in front of those huge fans, he would surely catch pneumonia…that he might even die…but that he didn’t care, because it was the first time in his career he had enjoyed himself so much!’”
– Tim Lucas, Fangoria

“What Mario Bava did with the horror film in Black Sabbath, I was gonna do with the crime film.”
– Quentin Tarantino 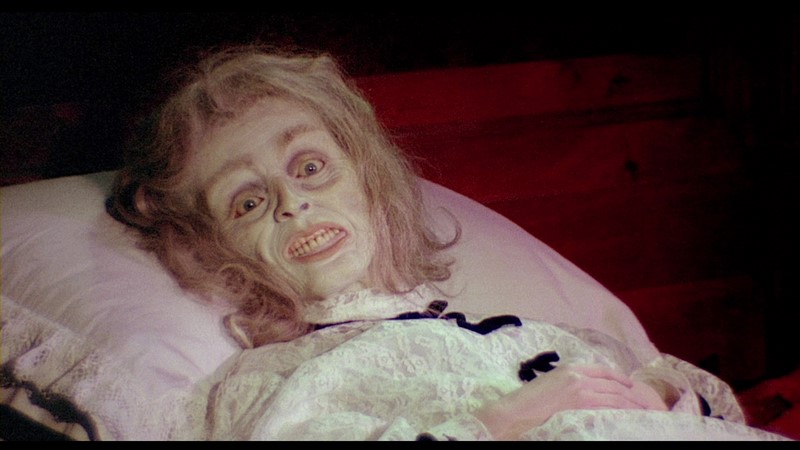 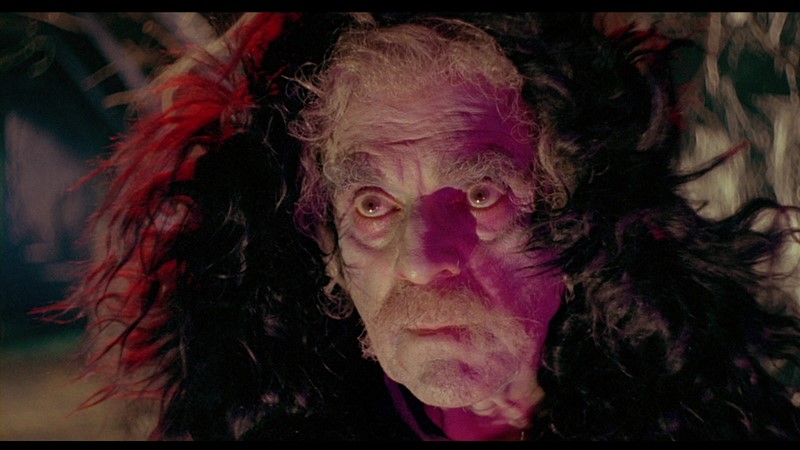 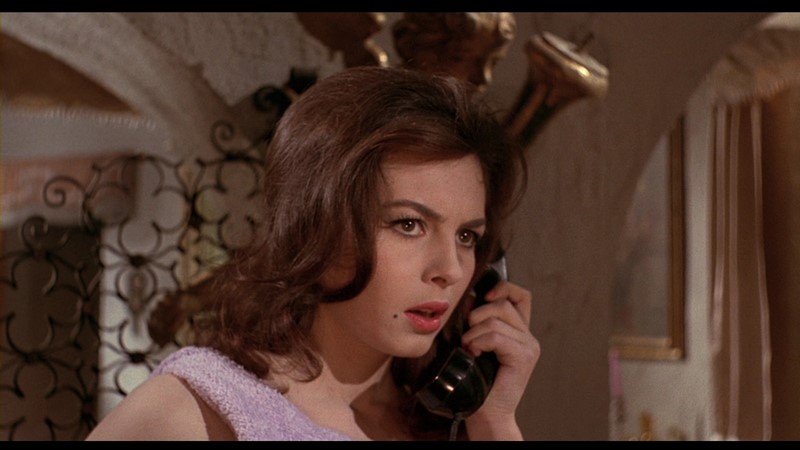 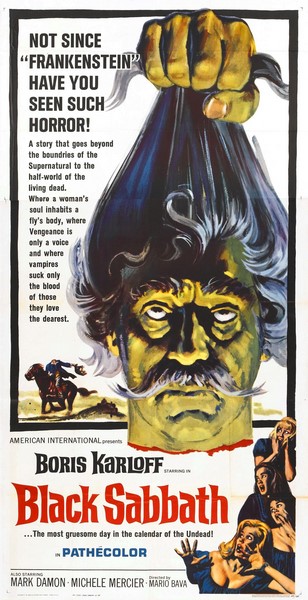