BEYOND THE INFINITE TWO MINUTES 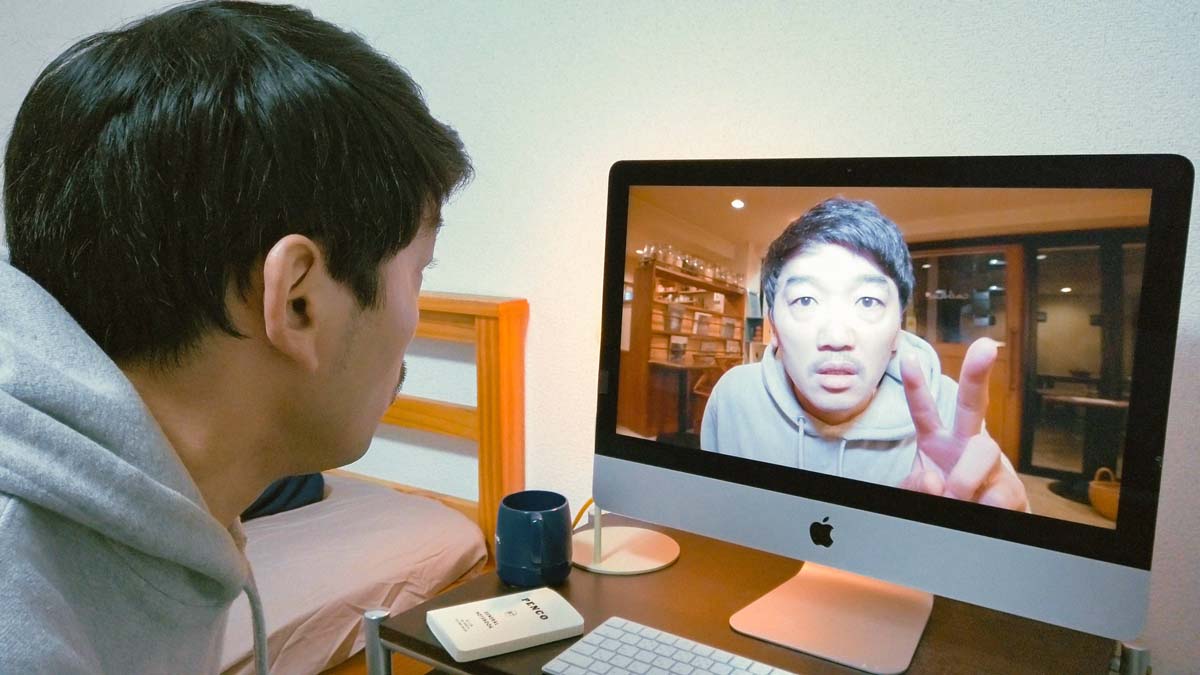 Kato owns a small café in front of Kyoto’s Nijo Station. One night he returns to his small abode above the café and just when he is about to play his guitar, another Kato appears on his TV screen and says: “Hey, I’m you. Two minutes in the future.” Confused but intrigued, Kato begins talking to himself in the past and soon others are joining in: his staff, regular customers and passers-by, Kato’s crush Megumi from the barbershop next door and the yakuza with an office in the same building. A one-take time travel sci-fi comedy that puts a (very slow) spin on sci-fi was a huge indie hit in Japan last year and is taking fantastic film festivals by storm!

“A masterpiece of film-making packed with joy!”
– Shin’ichirô Ueda, director of One Cut of the Dead

“For me, when I’m asked, ‘What do you want to shoot?’, the answer is, first of all, the devices and structure that are associated with drama and scenery. Furthermore, since I’m in a troupe, I’d like to do long takes with the actors as if they’re on stage. I think it’s good to utilize these strengths that we have, to produce original works in order to compete in the cinema world. I have been writing film scripts for other people’s projects before, but finally, since this is our own project, I chose a method that I couldn’t use elsewhere. I genuinely believe we were able to complete this project because it was this troupe. They listened to all my unreasonable requests, so it was easy to experiment. If I had to write this for anybody else, I wouldn’t have written such an experimental script. While it could’ve been smoother to film, I feel it wouldn’t have been a new breakthrough movie. Everyone understood that, so I think they were prepared for the gruelling task and worked with me on this project until the end. That’s something I take pride in.”
– Makoto Ueda, screenwriter

“There’s something magical about an ensemble cast film. It is a well-oiled machine. Or at least, it needs to be to succeed. /…/ And I’m happy to report that Beyond the Infinite Two Minutes is a triumph of independent cinema. It is great Japanese indie sci-fi. The premise of the film is rather simple: time travelling TV sets. Well, a TV and an iMac. A coffee shop’s TV beams the past into the future, where it can be seen in the shop owner’s iMac. Well, I lied, it’s not simple. /…/As with any movie which features time travel as its plot device, you can only think about Beyond the Infinite Two Minutes for so long before you get a headache. Thankfully, exposition is built into the dialogue and the premise, as more and more friends join in the fun. And ‘friends’ is a key word for this flick. It’s all about the characters and their relationships. So, don’t focus too much on trying to decipher whether the time travelling ‘works’. Just focus on the people doing the travelling. This, I’m glad to say, isn’t too difficult. The cast of this great Japanese indie sci-fi film are a charming bunch.”
– Marcos Codas, Dread Central 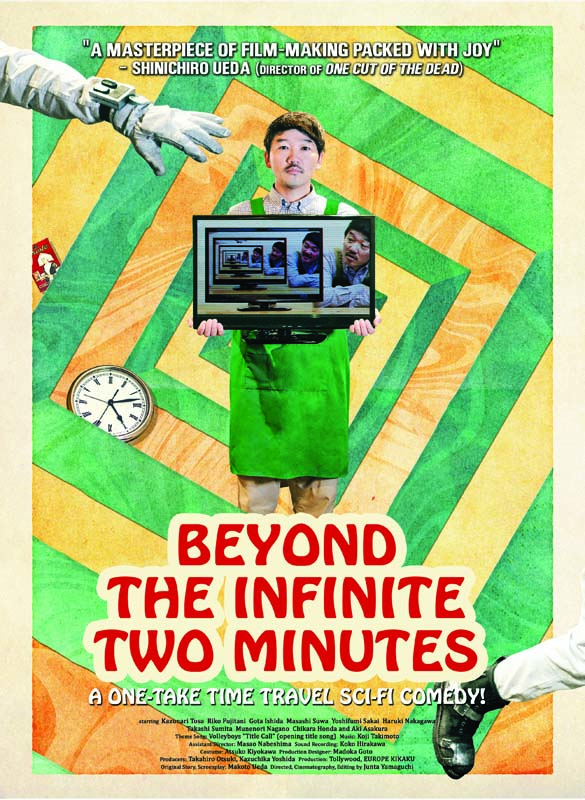 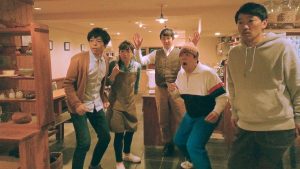 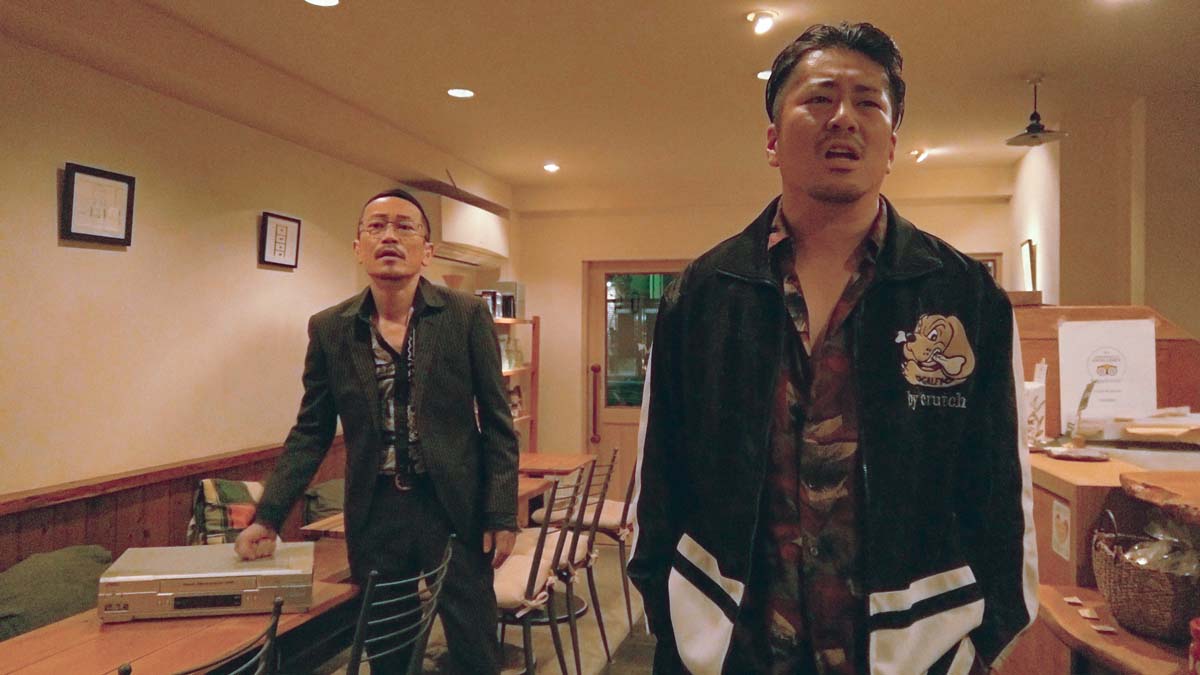 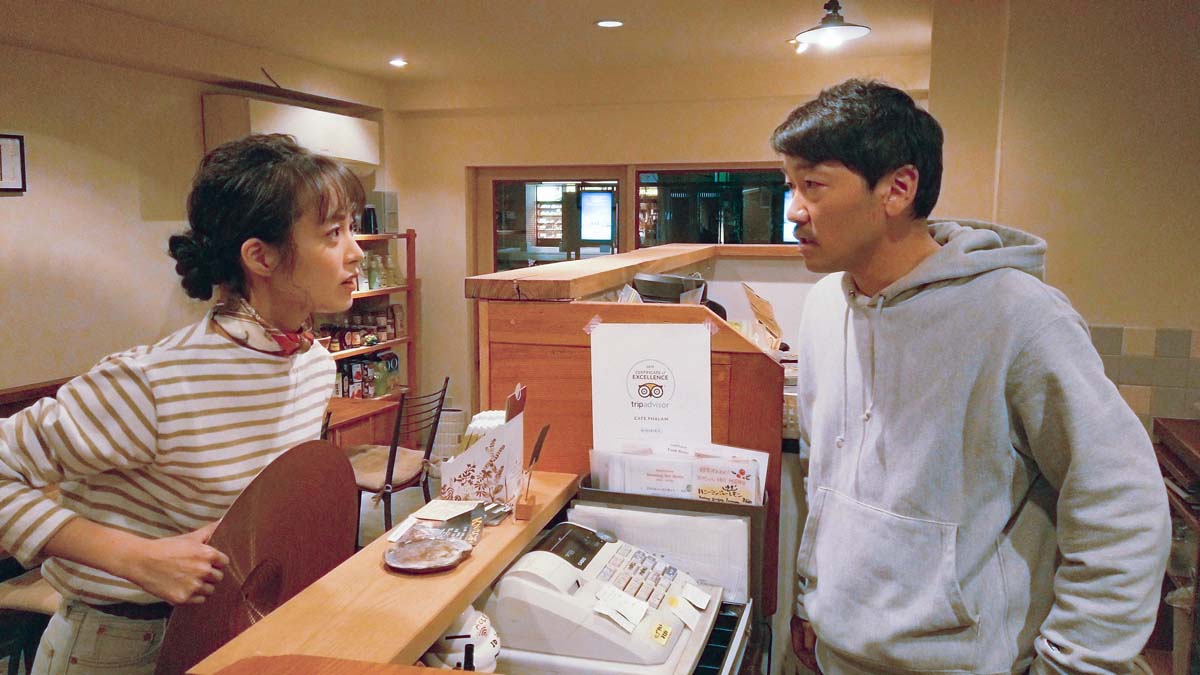 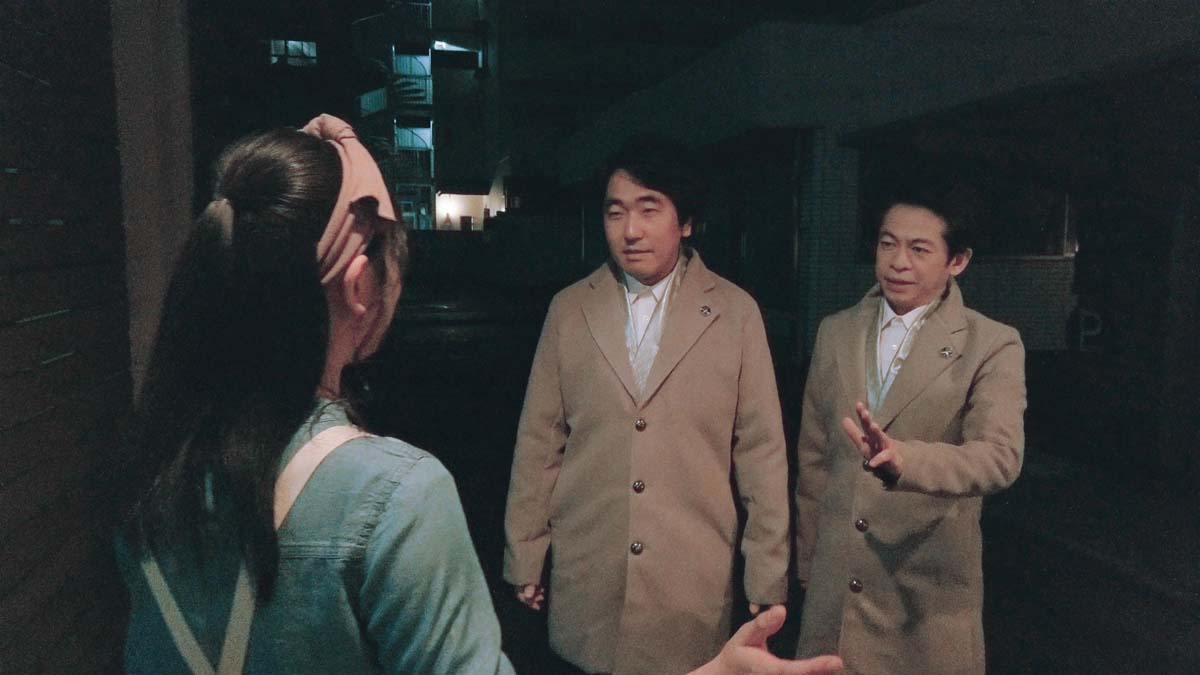