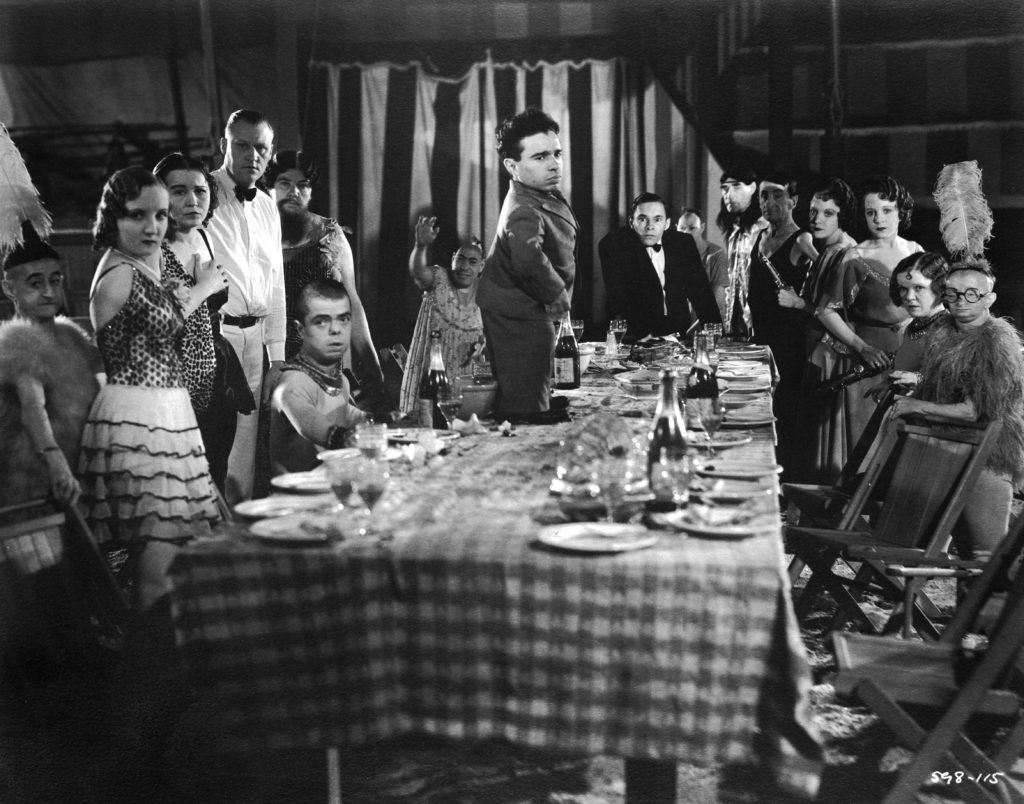 Beautiful and conniving trapeze artist Cleopatra conspires with her strongman lover to marry and murder the dwarf Hans for his fortune. But when his fellow ‘freaks’ discover her scheme, she becomes the target of their horrifying vengeance. Meet the dwarf siblings Harry and Daisy Earles, the conjoined twins Daisy and Violet Hilton, Schlitzie, Prince Randian and the rest of the troupe!

Hoping to repeat the success of Universal’s 1931 Dracula, MGM gave horror master Tod Browning the go-ahead to undertake his lifelong passion project. Browning gathered an incredible cast of real sideshow performers for his grotesque and darkly comedic revenge melodrama. The studio brass cut almost half an hour from the film’s original runtime. What was removed has been lost forever. But Browning’s Freaks remain one of the most unique works in Hollywood history. An infamous cult classic, a call to arms and a fearless ode to the disenfranchised and the outcast.

“Reading contemporary 1932 reviews of Tod Browning’s subversive masterpiece of compassion and disgust is a great way to make yourself feel better about the modern world. ‘It is impossible for the normal man or woman to empathise with the aspiring midget,’ bellowed Variety, while The New Yorker went even further: ‘it’s a chilling notion to imagine these weird beings… all allied in a bitter enmity against us.’ /…/ The irony, of course, is that Browning had absolutely no interest in pleasing this mythical ‘normal’ man. As the not-exactly-PC title suggests, his film is entirely concerned with those ‘weird beings’. /…/ The result is cinema’s boldest statement on the dichotomy between outer appearance and inner life: no wonder the beauty-obsessed Hollywood studio system had no idea what to do with it. It’s one of the most powerful films ever made about the need for humanity and solidarity in the face of cruelty and oppression.”
– Tom Huddleston, Time Out

“Tod Browning’s bizarre black comedy about a band of circus performers is a disturbing curio of old Hollywood that has lost none of its power to unsettle. This macabre masterpiece of pre-Hays Code Hollywood is a staggering provocation from 1932, and a very potent reminder of cinema’s origin in the fairground tent.”
– Peter Bradshaw, The Guardian 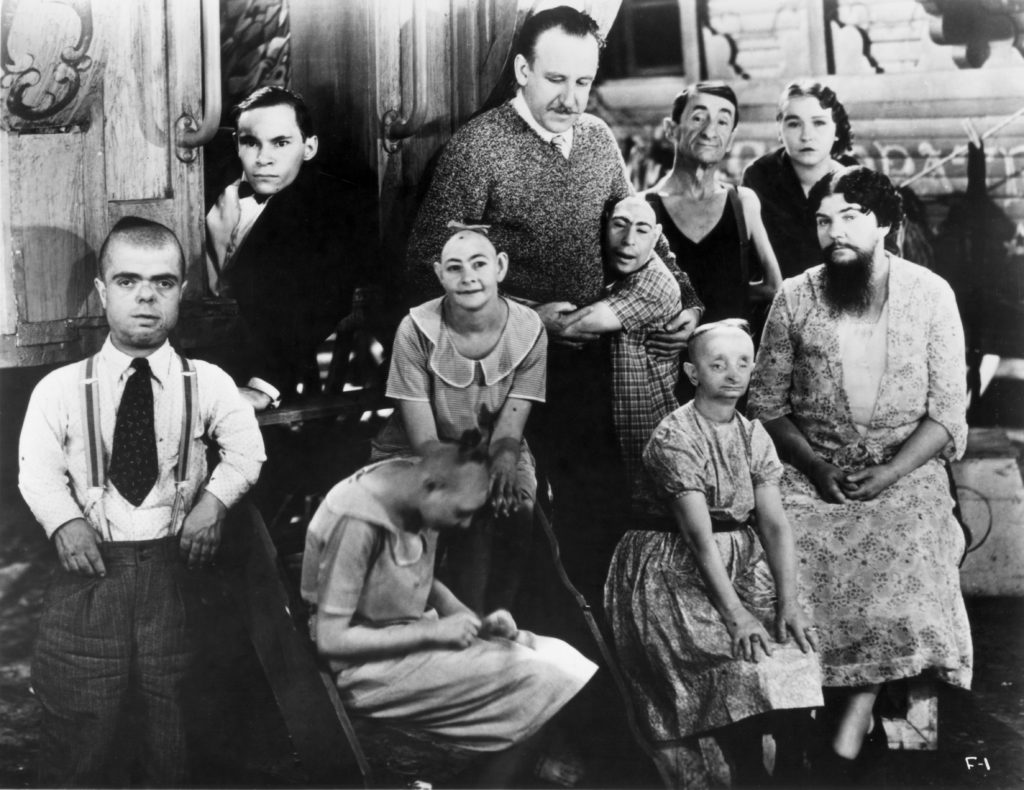 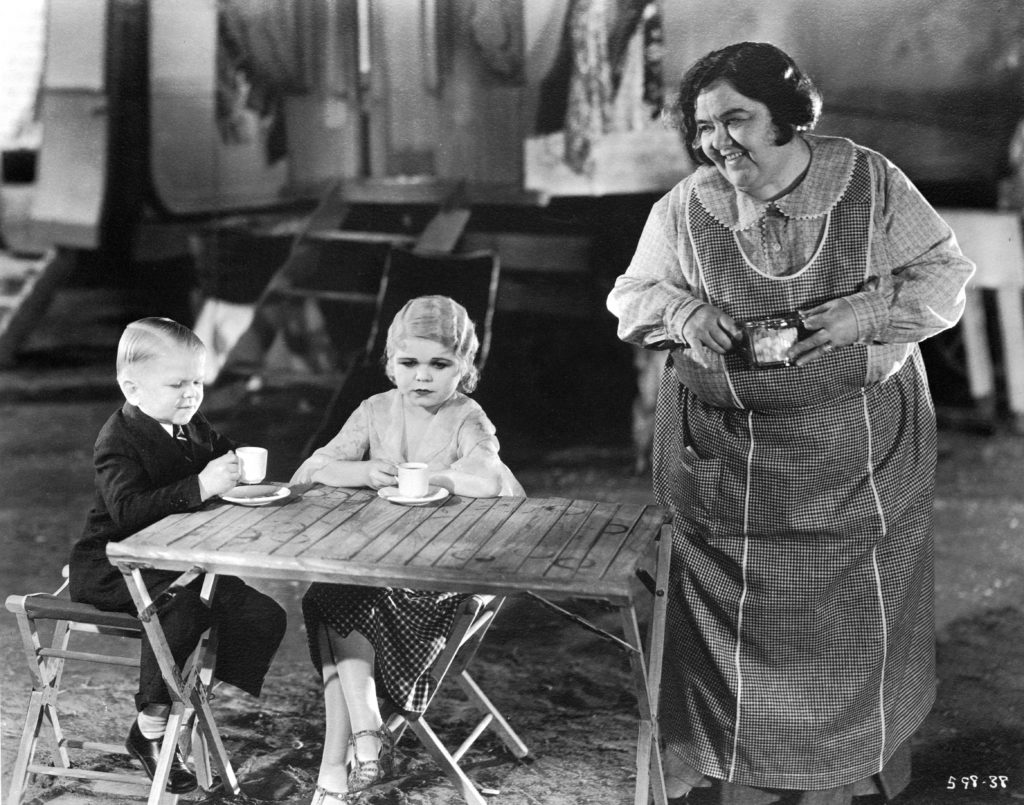 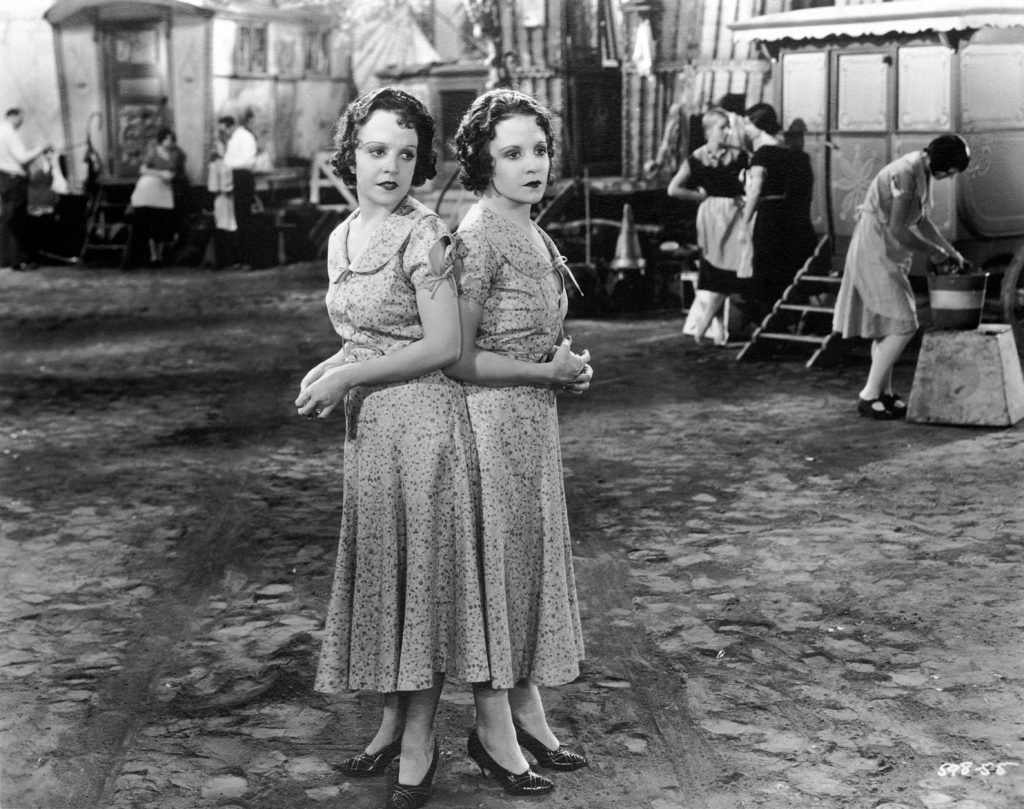 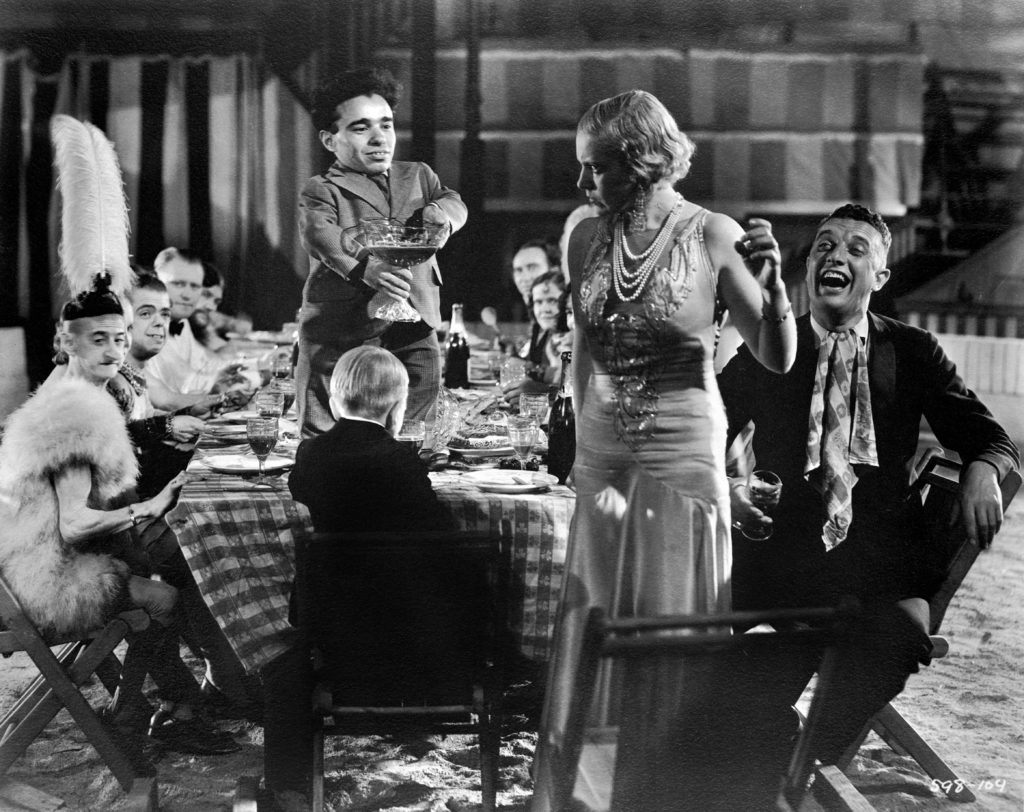 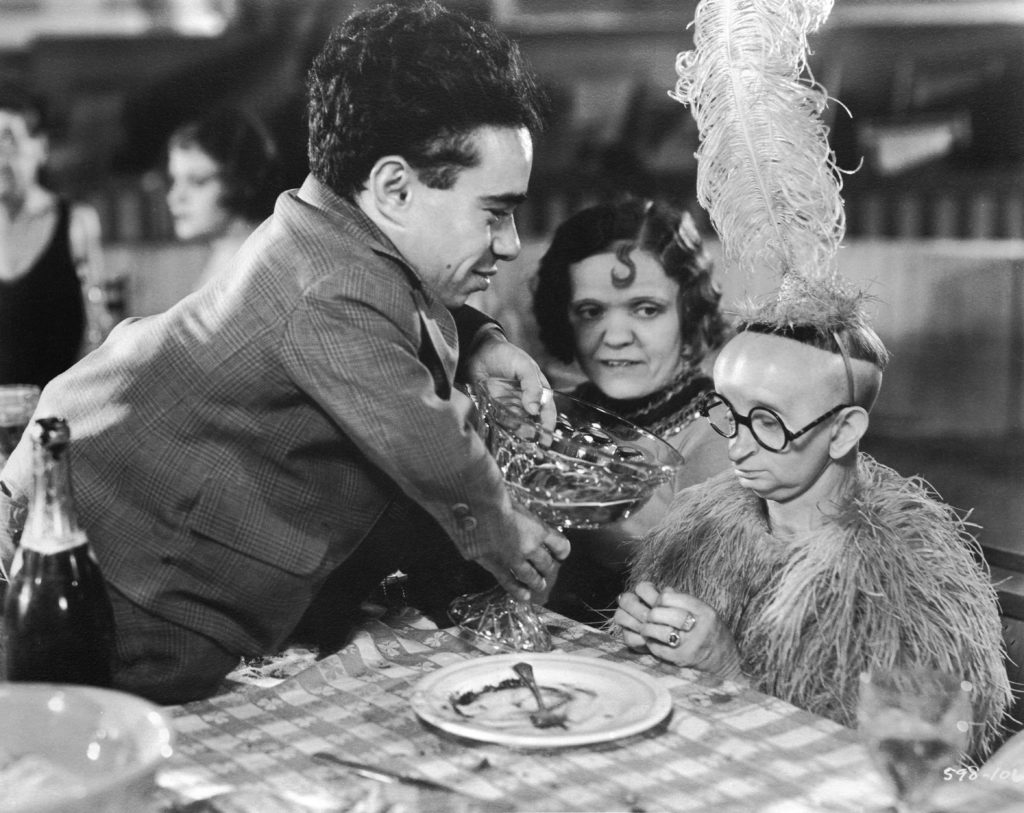 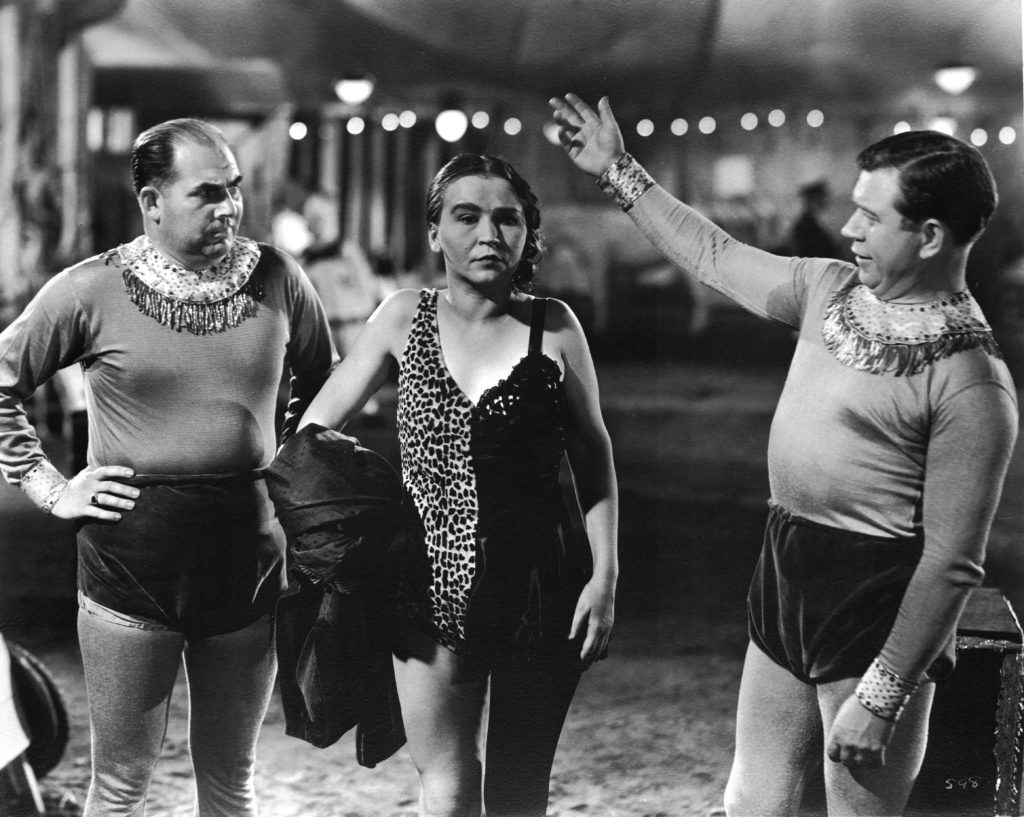