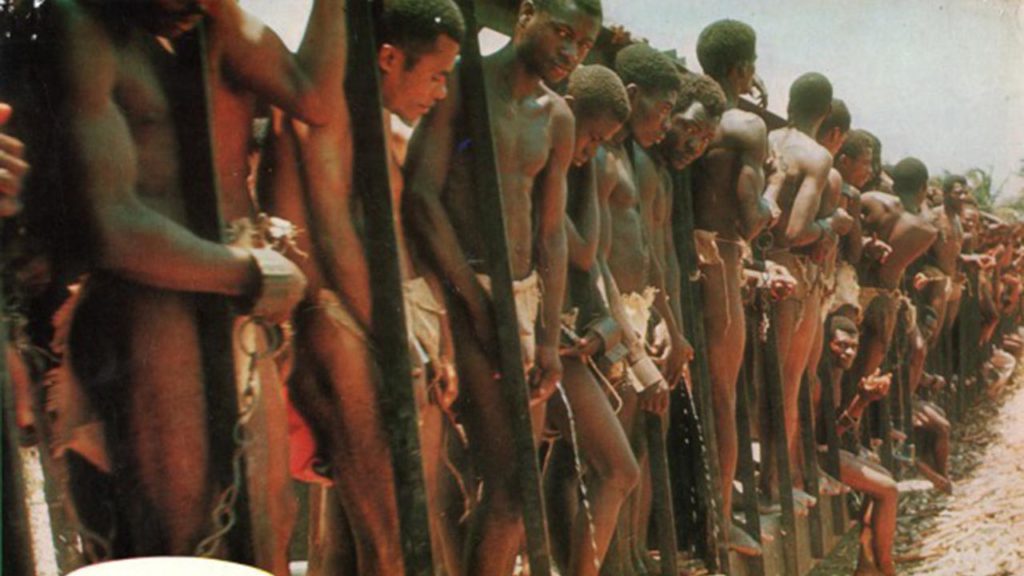 IT WAS PART OF A BIRTH OF A NATION.

America, 1971. Black Panthers and Malcom X. Racial hatred and revolt against white oppression are reaching the boiling point. To examine how things got this way, notorious shockumentary filmmakers Jacopetti and Prosperi travel back to the nineteenth-century American South and the thriving era of slavery.

The mind-blowing crossbreed of exploitation, period drama and documentary re-enactment could only be made by the infamous agitators, iconoclasts and icons of political incorrectness, the godfathers of mondo, Gualtiero Jacopetti and Franco Prosperi (Mondo Cane, Africa Addio). An epic, graphic and brutally realistic depiction of slavery, accompanied by the gentle melodies of Riz Ortolani, breaker of the fourth wall par excellence.

“Gualtiero Jacopetti and Franco Prosperi’s astonishing exploration of race relations in contemporary America, including shocking depictions of evil White oppression, raging radical Black Power and a mesmerizing time-travel dramatization of slave trade atrocities. Undisputedly one of the most reviled and misunderstood movies ever made because of its blurring between reality and fabrication – a necessary step the Mondo Cane (1962) duo thought worth taking to graphically make flesh the brutal history of American slavery – this monumentally confrontational chronicle of debasement is a Peter Watkins style investigative journalist reinvention conceit. But after years of being pilloried for staging the unspeakable, the Italian godfathers of the shockumentary, who famed New York critic Pauline Kael dubbed ‘perhaps the most devious and irresponsible filmmakers who have ever lived’, deliberately set out to rise to the artistic challenges and rigours of depicting man’s inhumanity to man. A politically deep, historically accurate and epic recreation of past plantation slave life /…/. Once seen likely to be seared on the memory for all time.”
– Alan Jones, The Act of Seeing 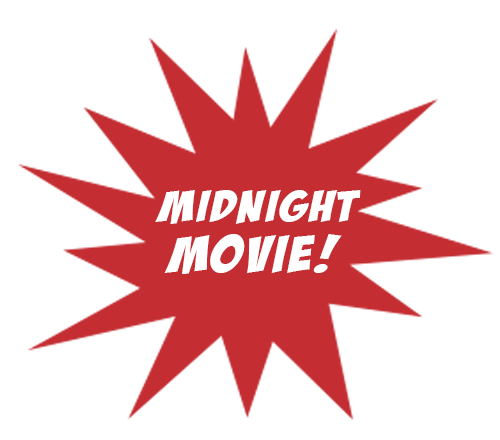 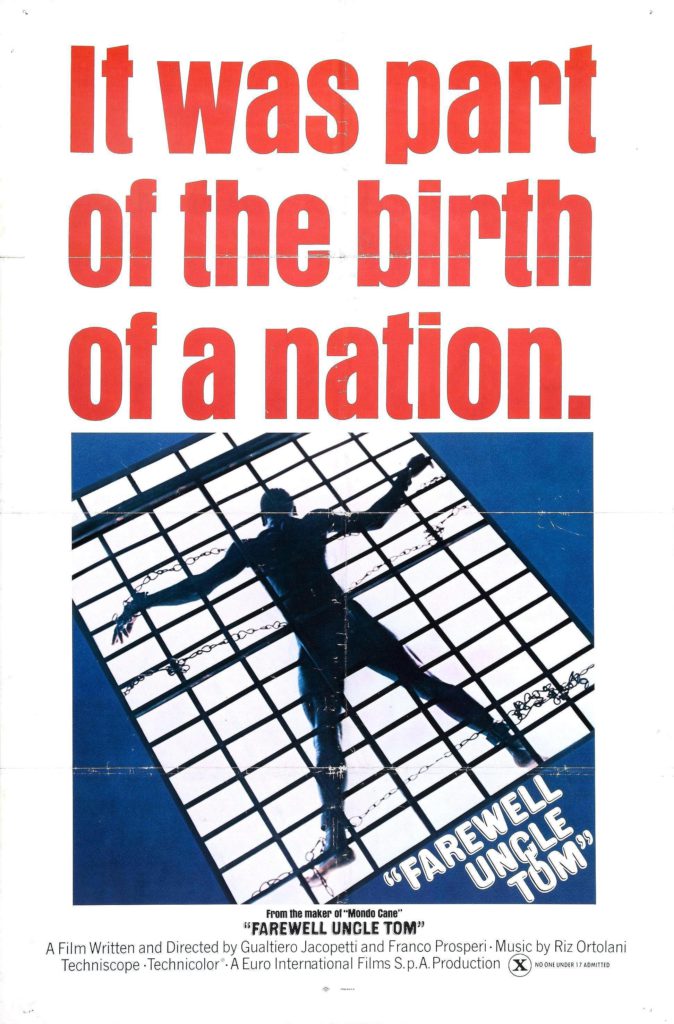 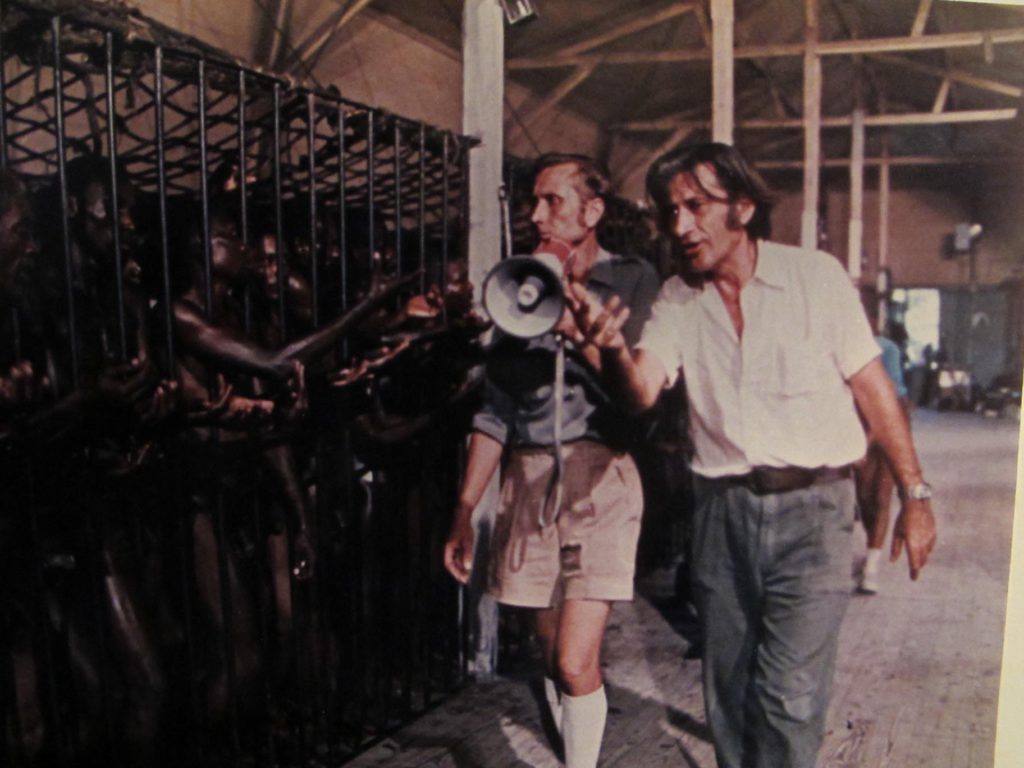 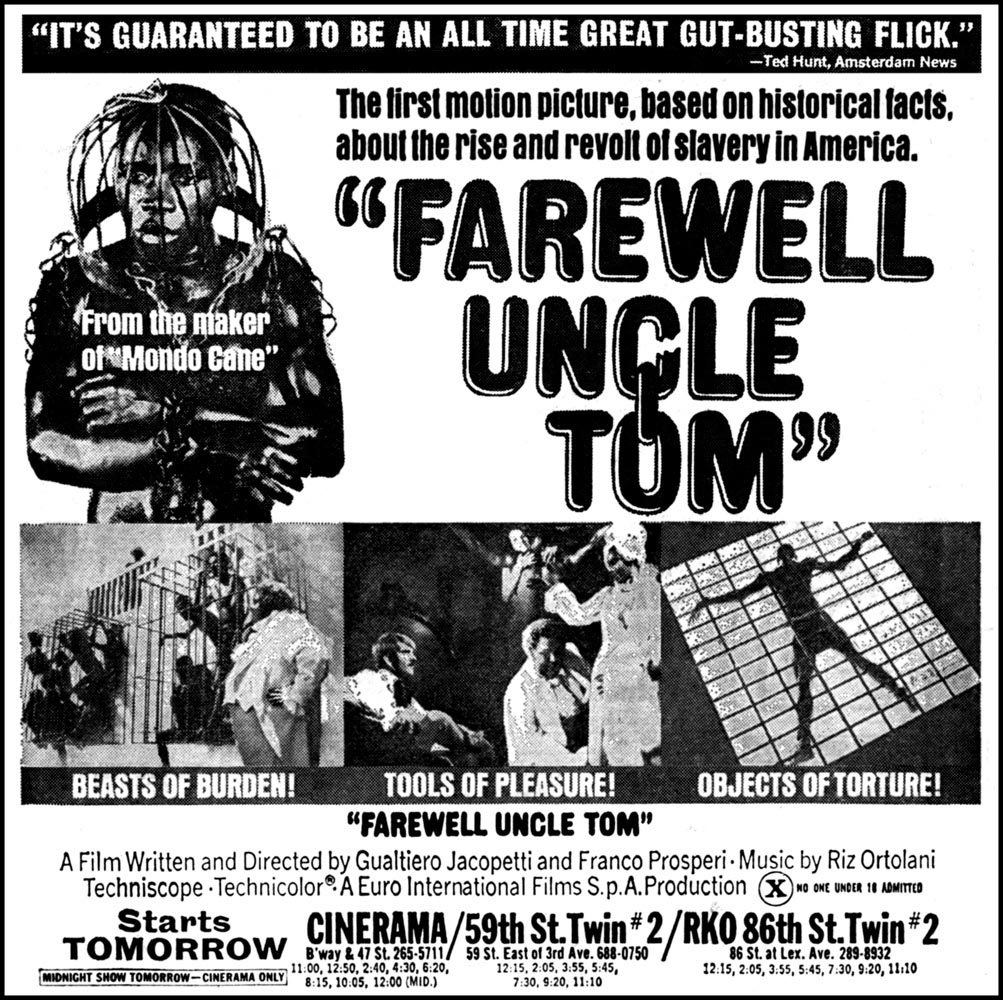