With Häxan Benjamin Christensen, starring in the role of the devil himself, created a highly inventive and pioneering combination of documentary and horror cinema. Structured as a series of hypnotic and hallucinatory vignettes, depicting grave robbing, torture, possessed nuns and a satanic Sabbath, the film proposes to chronicle the history of witchcraft and the occult, but in fact offers a stark criticism of modern society. Banned and heavily censored at the time of its original release, Häxan today rightly stands as one of the most artistically unique and original works of cinema’s silent era. Surreal, grotesque, humorous and strikingly progressive, this is one of cinema’s earliest cult films.

“Benjamin Christensen’s legendary silent film uses a series of dramatic vignettes to explore the scientific hypothesis that the witches of the Middle Ages and early modern era suffered from the same ills as psychiatric patients diagnosed with hysteria in the film’s own time. Far from a dry dissertation on the topic, the film itself is a witches’ brew of the scary, the gross, and the darkly humorous. Christensen’s mix-and-match approach to genre anticipates gothic horror, documentary re-creation, and the essay film, making for an experience unlike anything else in the history of cinema.”
– The Criterion Collection

“Needless to say, Häxan provoked controversy. It was banned in several countries and its release experienced obstacles virtually everywhere. At the same time, its anticlericalism was celebrated by the surrealists, who declared it a masterpiece of subversion. In the late 1960s, it found a countercultural audience through a shortened version that carried a doomsday narration by William Burroughs. This version quickly joined the likes of Freaks, Reefer Madness and El Topo on the midnight-movie and college-campus circuit. Häxan‘s colourful depiction of what a cult experience, at its climax, could be was not lost to the viewers who saw it in the late 60s. The 90s saw the restoration of the original print, which gave the film a third life, now within the safe realms of cinephilia.”
– Ernest Mathijs, 100 Cult Films 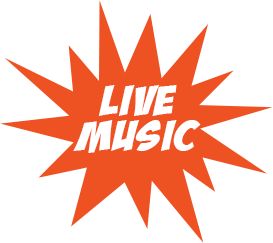