“It just built up over a number of years actually, but the thing that really struck it off was a letter we got from a guy called Peter Watkins who made a film called The War Game. It was a very long letter stating just what’s happening – how the media is really controlled, how it’s all run, and everything else that people really know deep down. He said, ‘People in your position have a responsibility to use the media for world peace.’ And we sat on the letter for about three weeks thinking, ‘Well, we’re doing our best. All you need is love, man.’ That letter just sort of sparked it all off. It was like getting your induction papers for peace!” (John Lennon) 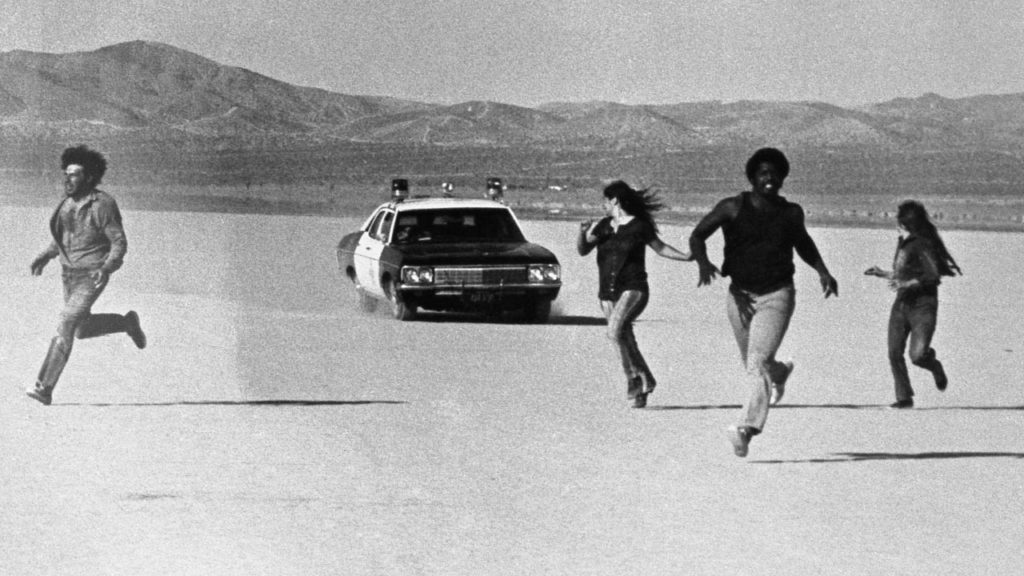 It is a little known fact that Peter Watkins, director of groundbreaking BBC docudramas The War Game (1965) and Culloden (1964), incited John Lennon and Yoko Ono to peace protest. Similarly, Watkins’ Punishment Park (1971) is a rarely seen and criminally marginalised masterpiece about American dissent. And just as Watkins helped spark off Lennon’s anti-war activism, so too he inspired Kurja Polt. Films of a certain kind and creed give our festival its raison d’être, and Watkins’ film belongs to the very top of that cinematic pantheon.

The wish to bring Watkins’ film back to the screen, on the one hand, and the current political reality, on the other, shaped this year’s thematic retrospective entitled Repression and Revolt. A retrospective dedicated to cult and genre films of a radical, subversive spirit, to politically charged and provocative works that assume not only the subcultural but also the more potent countercultural position. To films that speak for the oppressed and humiliated. Films that condemn bigotry and injustice, sometimes literally, sometimes allegorically – often at the cost of their rightful place in film history. Their metaphors were either too ambiguous or too brutally direct not to be misunderstood by critics, audiences and censors of their time. Today, in retrospect, their political incorrectness – an expression they belie – is wonderfully “correct”. They are relentless, direct, frank, sometimes lucid, at other times crazed, and therefore expectedly controversial. 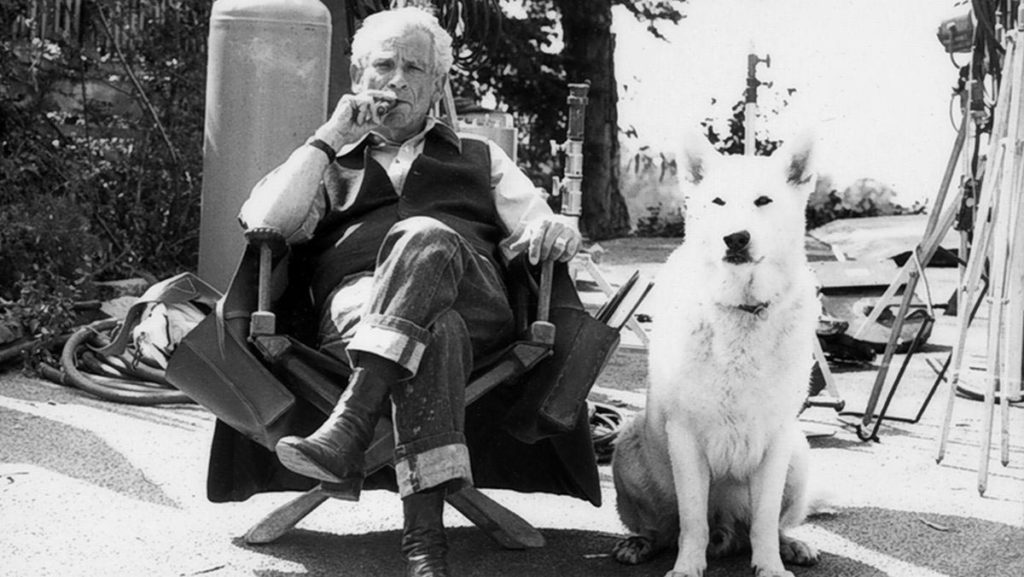 We looked for and found the political sting in the works of notorious provocateurs, the proverbially apolitical genre filmmakers, and beyond genre territories. The uncompromising independent filmmakers Peter Watkins and Lindsay Anderson, the godfather of Free Cinema, are not traditional genre auteurs, but their Punishment Park and If…. (1968) are rightfully considered timeless cult classics. Their fates, however, were strikingly different. While Anderson’s countercultural rebel yell and Malcolm McDowell’s feature film debut won the 1969 Palme d’Or in Cannes, Watkins’s pseudo-documentary denouncement of police state brutality and the suppression of free speech during the Vietnam War was characterised as “hysterical exploitation” and “futuristic nonsense” by the US press. Yet Punishment Park did not prove to be merely a masterpiece of film language and technique, but also a prophetic prediction of Guantanamo, Abu Ghraib, perhaps even the wall along the Texan border. White Dog (1982), the most controversial and misunderstood film by genre master Sam Fuller, brings an outright condemnation of America’s deeply rooted racism. Addio zio Tom (1971), an exploitation epic by the godfathers of mondo Gualtiero Jacopetti and Franco Prosperi, seeks the origin of this racism in the thriving era of slavery, the 19th century and the American South. It is only fitting then, that the film itself will come to us from the American South, on one of the last surviving 35-mm prints. Our next title was saved from precisely one such rare, but unstoppably disintegrating film print. Raffaello Matarazzo’s La nave delle donne maledette (1954) is a seemingly classic period melodrama that culminates in an orgiastic mutiny of lush convicts and lusty sailors. Female revolt all’italiana! When talking about political genre film, we of course cannot bypass the figure of zombie. But instead of George A. Romero, we return to the classic era of the voodoo zombie. I Walked With a Zombie (1943) is living (dead) proof that the pre-modern zombie was already a potent political metaphor when handled by low-budget genre giants Val Lewton, Jacques Tourneur and Curt Siodmak. 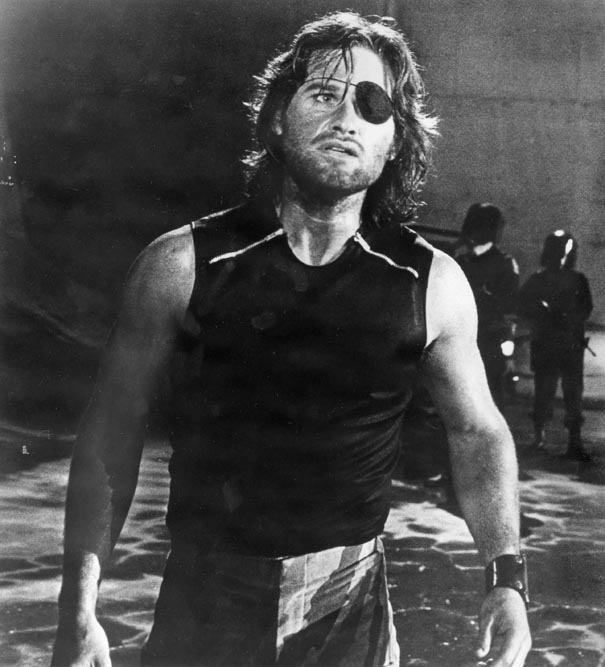 Lastly we turn to the master of horror and that other JC among world-famous carpenters. John Carpenter is often labelled an apolitical filmmaker, his early, independent masterpiece Assault on Precinct 13 (1976) even described as a conservative film. Its shapeless, nameless mass of multiracial outcasts was one of those metaphors that proved too ambiguous. But this claustrophobic action thriller and one of Carpenter’s very best is as much an homage to Hawks’ Rio Bravo (1959) as it is a reference to Romero’s nameless, disenfranchised zombie masses, rising in vengeance from the pits of society. For a good measure of Carpenter, we will throw in the cult action flick Escape From New York (1981), and travel back to the dystopian future of 1997. We have at least six good reasons for doing so. The first is an opportunity to pit Kurt Russell’s Snake Plissken against the one-eyed Christina Lindberg in a supreme Eyepatch Double Bill. The others are Lee Van Cleef, Ernest Borgnine, Donald Pleasence, Isaac Hayes and Harry Dean Stanton. What more could you possibly want?

We return once again to the 1970s, the temporal mecca of all things genre and cult, with this year’s homage to our special guest, Swedish actress of eternally girlish features Christina Lindberg, and one of the ultimate cult films – Boarne Vibenius’ Thriller – A Cruel Picture (1973) aka They Call Her One Eye. The character and film that turned its star into an icon of exploitation cinema is a Quentin Tarantino favourite, which inspired his two-part saga Kill Bill (2003/04) and the eyepatch-sporting character of Elle Driver (played by Daryl Hannah).

To counterbalance the Western retrospective and the Northern homage, our contemporary film programme takes us East. With Babak Anvari’s Oscar-nominated feature debut Under the Shadow (2016). With the rampant revenge odyssey Alipato: The Very Brief Life of an Amber (2016) by Filipino cinema’s enfant terrible Khavn De La Cruz. And while we eagerly await the final installment of last year’s audience favourite, the Tollywood epic Bahubali 2: The Conclusion, we return to Rajamouli’s earlier magnum opus Eega (2012), yet another wild testament to the unique vision and boundless imagination of this Indian filmmaker.

Since at Kurja Polt we not only enjoy watching but also thinking and talking cinema, this year’s edition brings an important new feature. In cooperation with Northumbria University in Newcastle, where a true cult and genre film brain trust is at work, we bring you the Cult Film Conference with lectures by Dr Jamie Sexton (co-editor of the book series Cultographies), Dr Steve Jones and Dr Russ Hunter from Northumbria University and Dr Kate Egan from Aberystwyth University in Wales.

To conclude, let’s return once more to Free Cinema. When Lindsay Anderson and company published the Free Cinema manifesto in the 1950s, they wrote: “Size is irrelevant. Perfection is not an aim. An attitude means a style. A style means an attitude.” And this is precisely what our films are like. These are films with attitude. Therein lies their perfection.