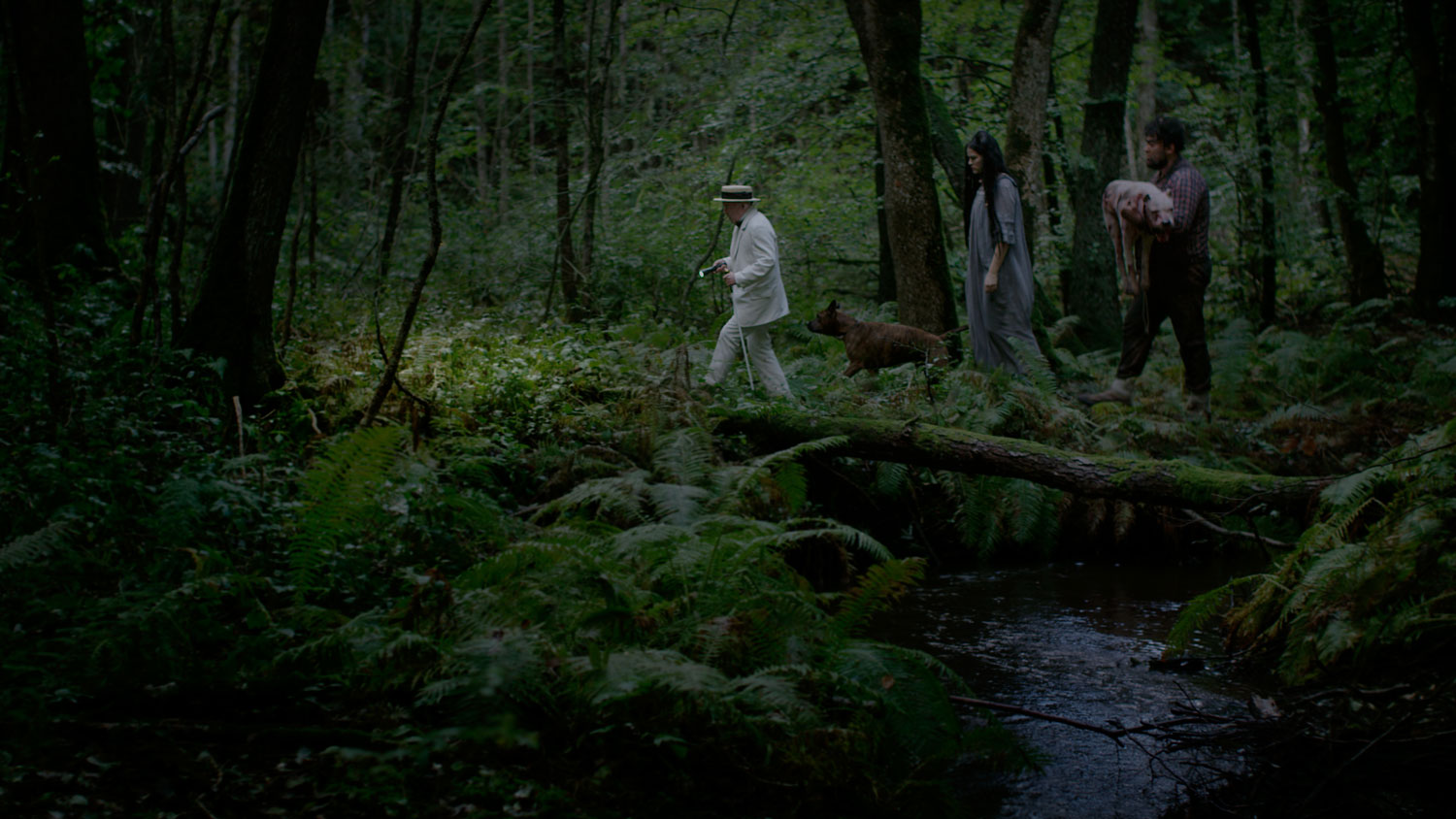 After a shattering tragedy, a couple goes on a trip to find their way back to each other. An old man in a straw hat and his shady entourage emerge from the woods, terrorizing them, luring them deeper and deeper into a maelstrom of psychological terror and humiliating slapstick. A nightmarish pseudo-surrealist fantasy, a fairy tale for adults, infused with formal experimentation and the darkest of humours. Inventive, eerie and perversely fun, Johannes Nyholm’s (The Giant, 2016) second feature premiered at last year’s Sundance and was awarded Best Screenplay at the Brooklyn Horror Film Festival, the Youth Jury Award at Brussels International Film Festival and the Camera Lucida Award at Montreal’s Fantasia.

“The setting is those wee hours of the morning when dreams are at their most relentlessly untamed. This is also when the seed for many of my films comes to me. I’m sweating, struggling to go back to sleep and plagued by scattered thoughts. Suddenly they come together, leading me into a fairy tale. I write it down and then I can sleep. Koko-di Koko-da was both written and takes place during such a time – this nightmarish landscape between wakefulness and sleep. The film is deeply personal and a means to confront my own worst fears, much like the way the characters in the film are forced to confront theirs. It’s a universal narrative about a relationship that is falling apart. /…/ Made up of dreams, this story is also structurally constructed like a dream – or more specifically, a nightmare. Taking us through a labyrinth in time, like a dark grinding thought, never letting go, stuck on repeat.”
– Johannes Nyholm

“Terror is in the offing from the first scene of Swedish writer-director Johannes Nyholm’s Koko-di Koko-da. A demonic trio – impeccably dressed old man Mog (Peter Belli), Andre the Giant-resembling behemoth Sampo (Morad Khatchadorian) and angular J-Horror reject Cherry (Brandy Litmanen) –wind their way through the woods, dead and live dog in tow. Mog approaches the camera, singing the earworm of a title song and grinning devilishly. His entourage provides silent, glaring backup. It’s a true nightmare in motion: The immediate desire is to recoil, but it’s impossible to turn away. That about sums up the experience of watching a movie that plays like the bastard offspring of Groundhog Day and The Babadook.”
– Keith Uhlich, The Hollywood Reporter

“Writer-director Johannes Nyholm’s fable about grief is at once brutal and childlike, a horror-show that hums along to a nursery rhyme that gives Koko-di Koko-da its name. Not that children should be allowed anywhere near Nyholm’s bloody nihilism, where even his handmade cartoons of a bunny family bouncing around a monochromatic forest could give a kid nightmares. /…/ Danish audiences will get a kick out of the stunt casting of ’60s rock star Peter Belli as the most talkative murderer.”
– Amy Nicholson, Variety 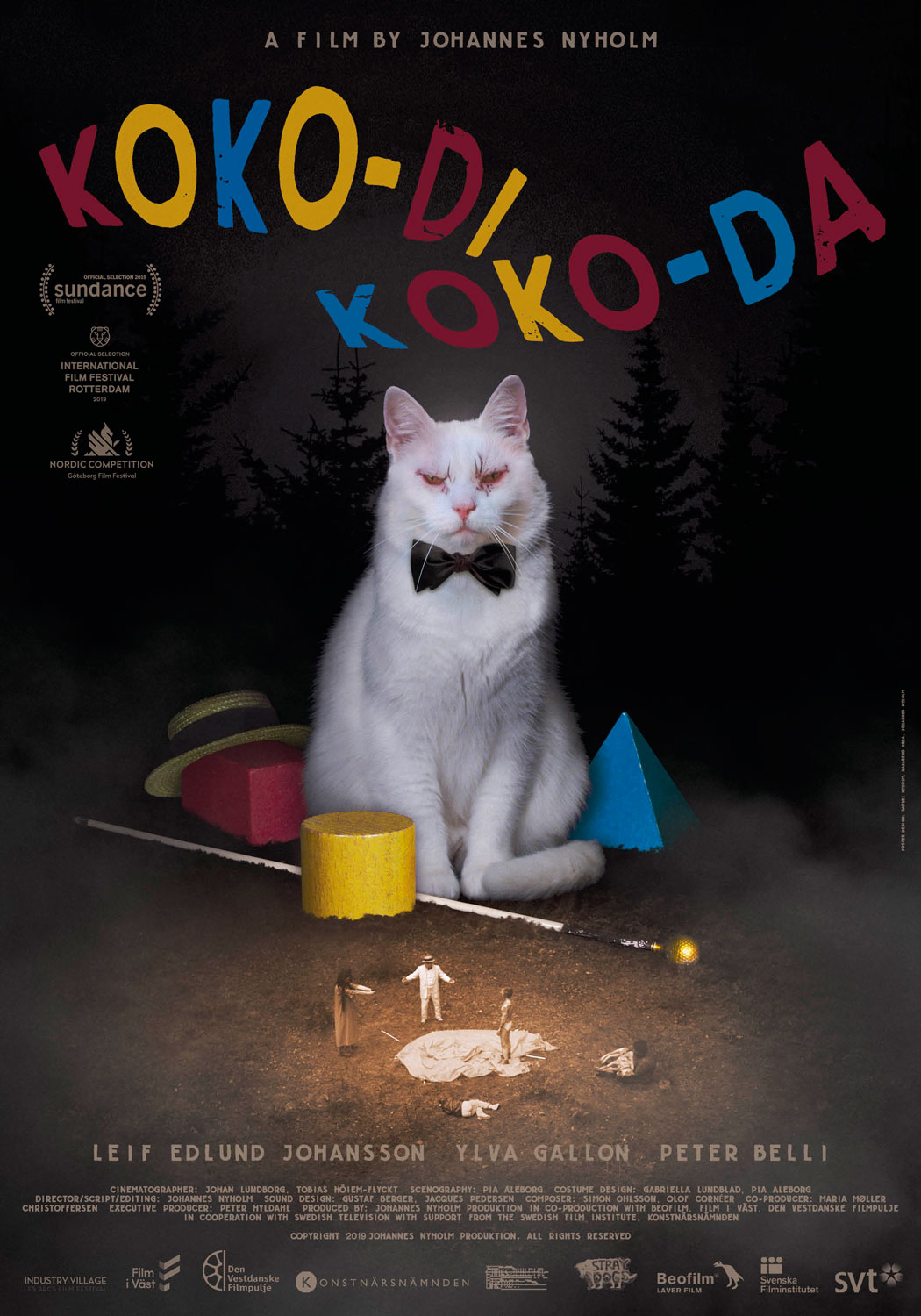 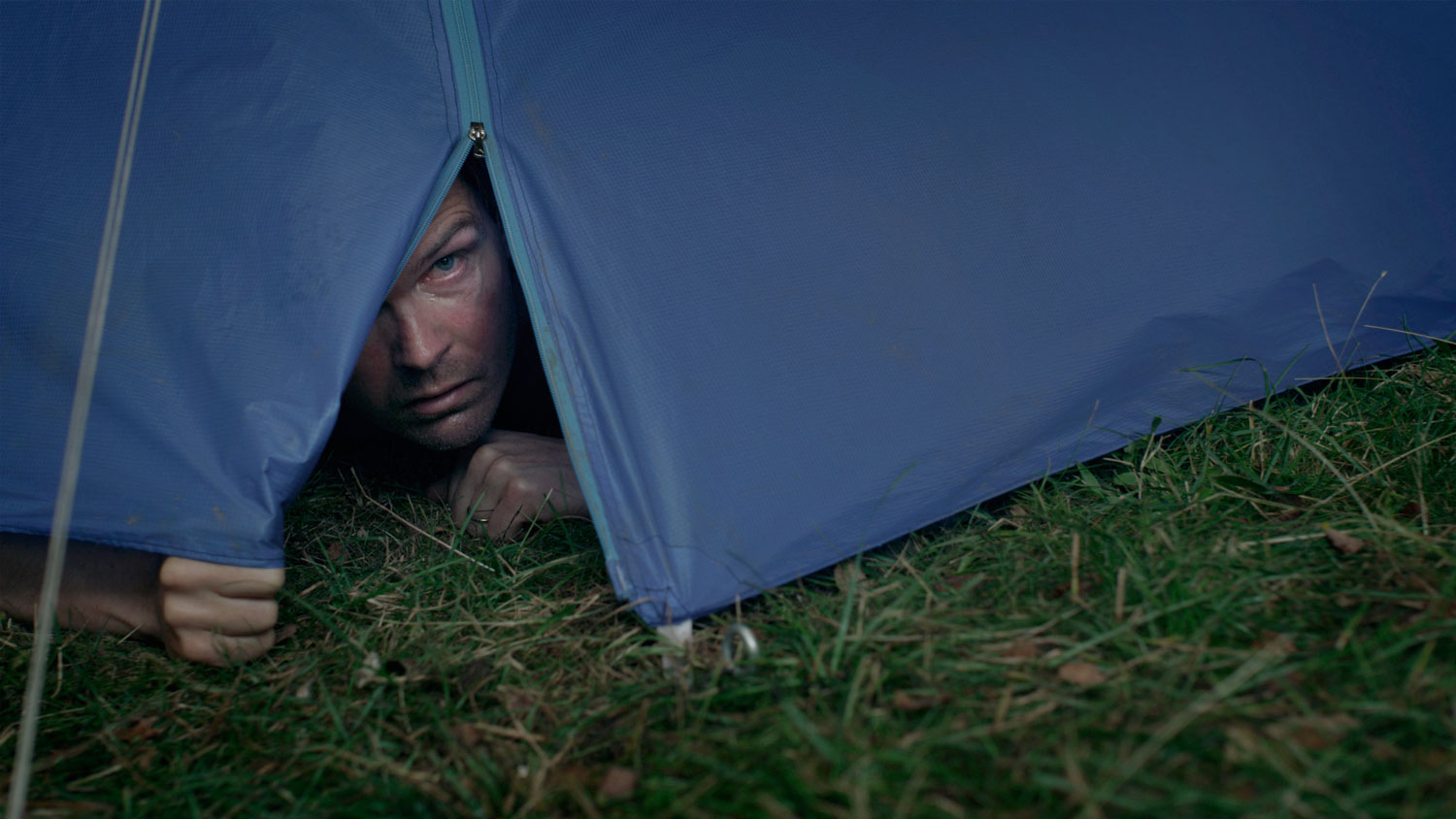 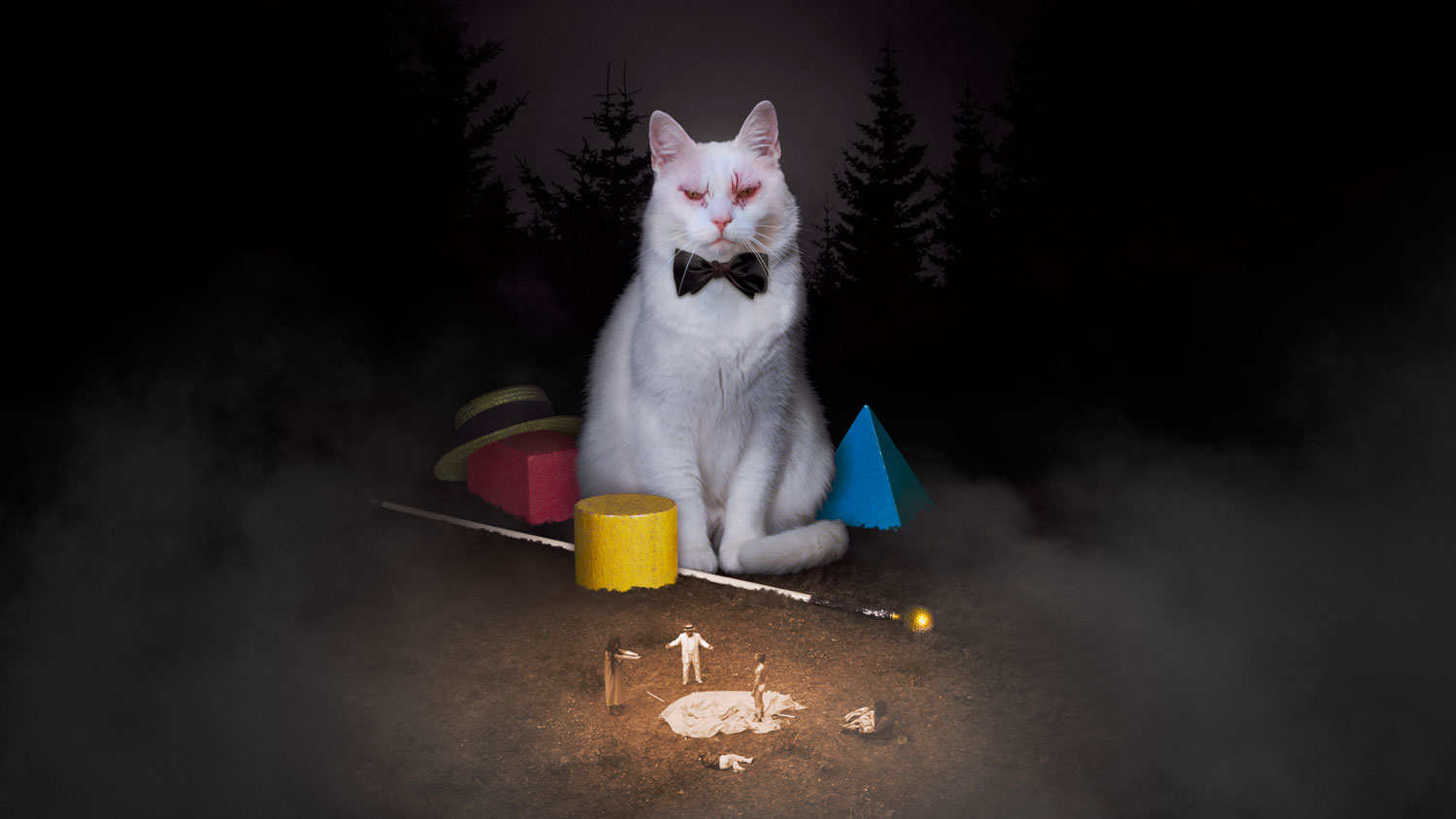