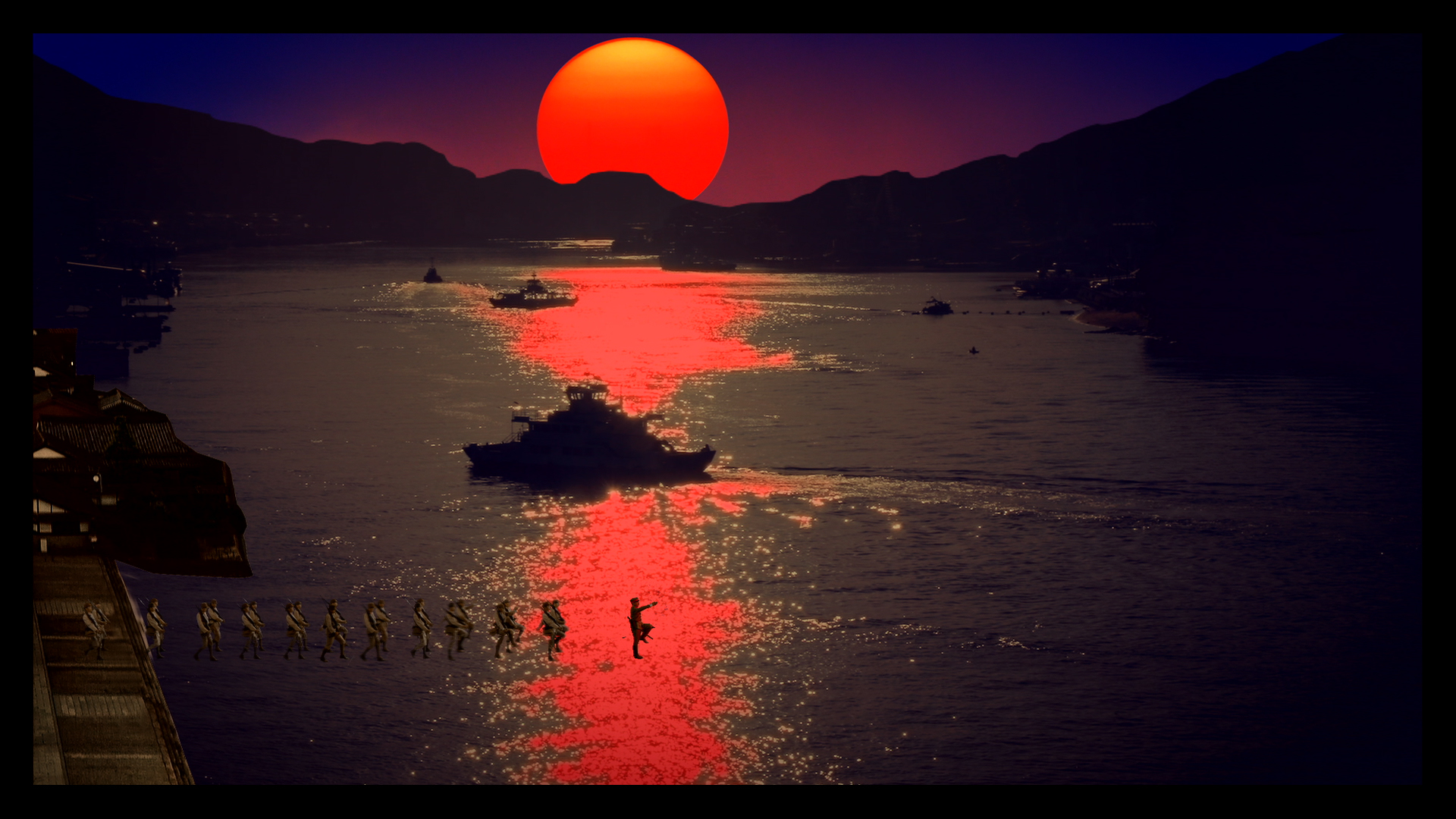 Setouchi Kinema, the only movie theatre on the Onomichi seafront, is about to close its doors. Its last night of existence will be an all-night marathon screening of Japanese war films. When lightning strikes the theatre, three young men in the audience find themselves thrown back in time into the world inside the screen. Filming in his hometown of Onomichi for the first time in 20 years, master director Nobuhiko Ôbayashi thrusts us into his intoxicating labyrinthine world of cinema with his final masterpiece. His eternally youthful, nonconformist spirit of cinematic experimentation and deep humanism lives on forever!

“‘Live freely. That is the proof of peace.’ That’s what my father would tell me. When I found myself arriving aimlessly in Tokyo, I used the 8-mm camera he’d given me as a keepsake to shoot a film that was shown in one corner of an art gallery in Ginza. That showing was recognized around the world as ‘the birth of a new film artist’ and for the 60 years since then I’ve continued to make independent films, funded by the money I earned creating commercials for television. /…/ We’ve entered an era in which independent films are flourishing, and the world of filmmaking has become somewhat like I had wished it would. I hope you will enjoy the freedom for the individual and inconvenience for those in power that this age brings. I think I will enjoy having my true colours shown to the world.”
– Nobuhiko Ôbayashi

“With the passing of director Nobuhiko Ôbayashi in April of 2020, cinema lost a titan, whose career started with the psychedelic cult classic Hausu (1977) and blossomed into one of cinema’s most coherent, yet eclectic filmography. A career coda, following the director’s masterful wartime trilogy (Casting Blossoms to the Sky, Seven Weeks and Hanagatami), Labyrinth of Cinema is a deeply humanist text, structured as an delirious and thought-provoking journey through Japan’s imperialist and cinematic history – with appearances from John Ford, Ozu, the samurais of jidaigeki and the great poets alike. Brazenly experimental, Labyrinth of Cinema showcases an aging man’s profound sadness at the state of the world. Importantly, it also hints at hope for the future – like a projector’s beam cutting through the darkness; a reminder of the power of art to inspire in the face of utter, hopeless barbarism. Shine on, Ôbayashi-san, and thank you for everything.”
– Ariel Esteban Cayer, Fantasia Film Festival

“Ôbayashi’s newest work treats the continued life of the moving image as an urgent moral question. In fact, in light of the times, it might be the only question. Somewhere amid the flurry of title cards, dedications, and salutations that opens Labyrinth of Cinema, Ôbayashi cites a few lines from early Shôwa-era poet Chûya Nakahara, who in summing up the disquiet of his historical moment speaks succinctly of our own: ‘Dark clouds gather behind humanity.’ Yes, granted. What can cinema do about it?”
– Evan Morgan, MUBI
(Read more: https://mubi.com/notebook/posts/not-the-last-picture-show-nobuhiko-obayashi-s-labyrinth-of-cinema) 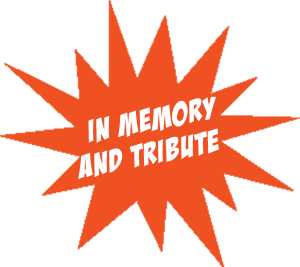 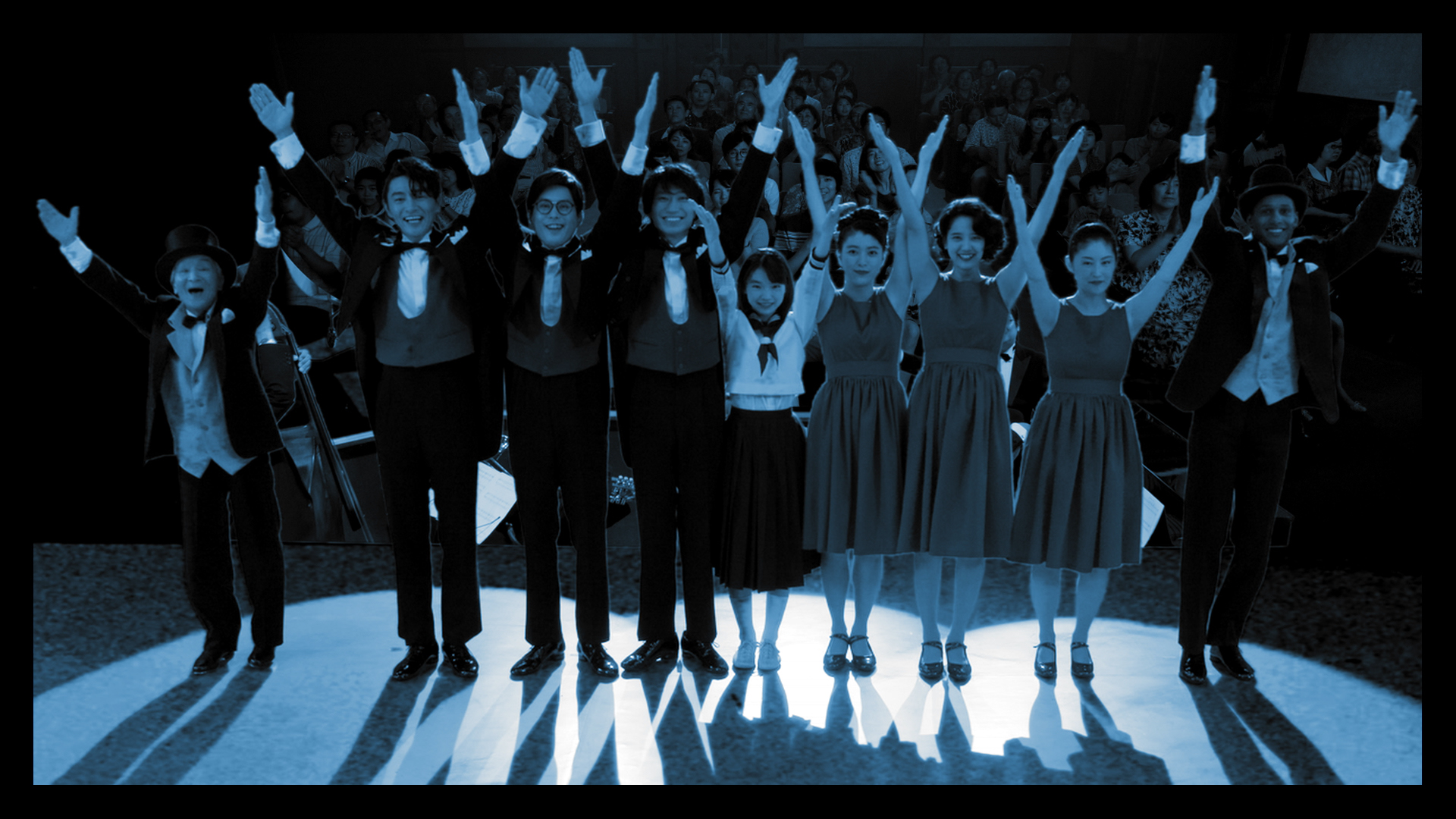 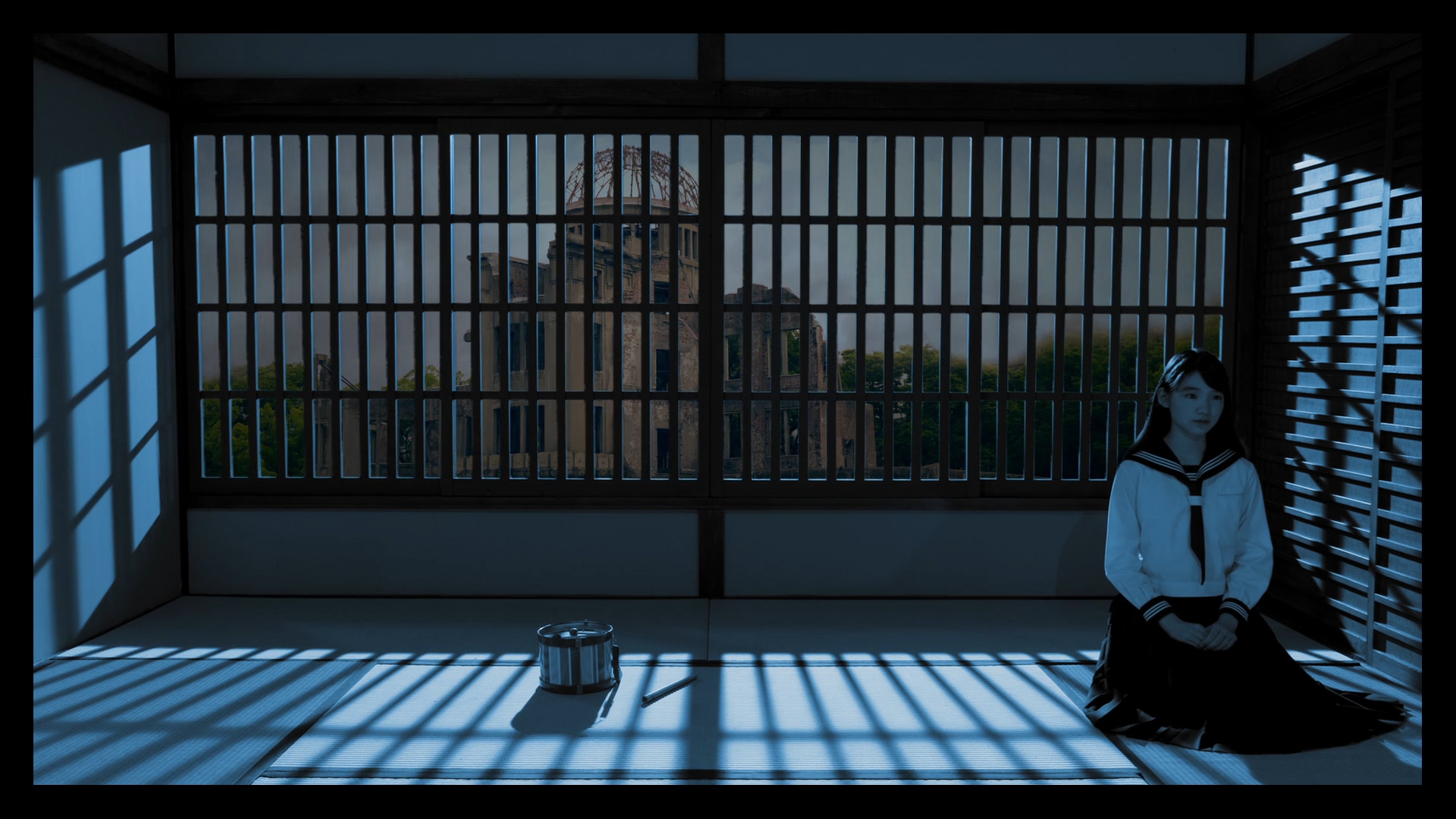 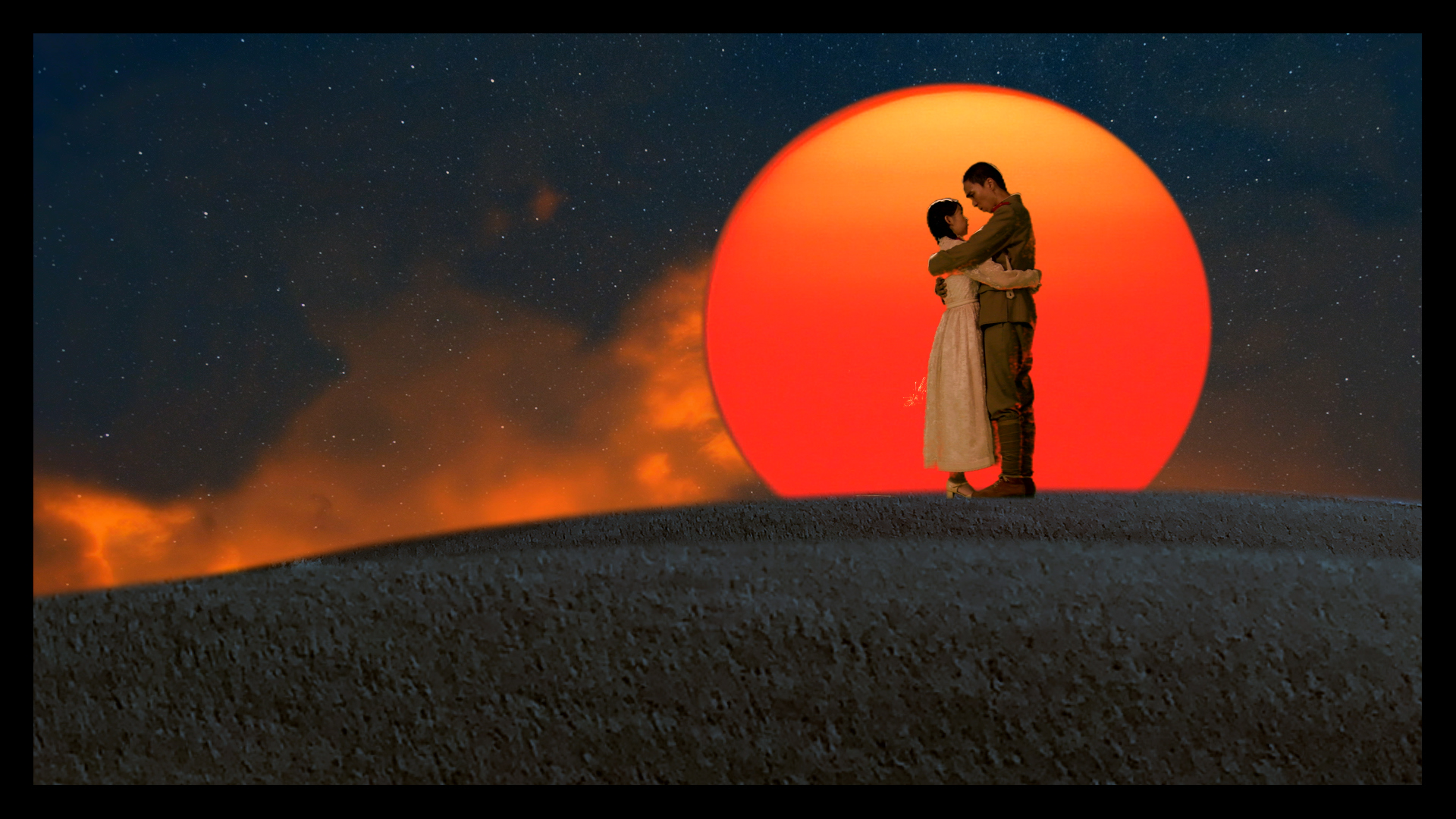 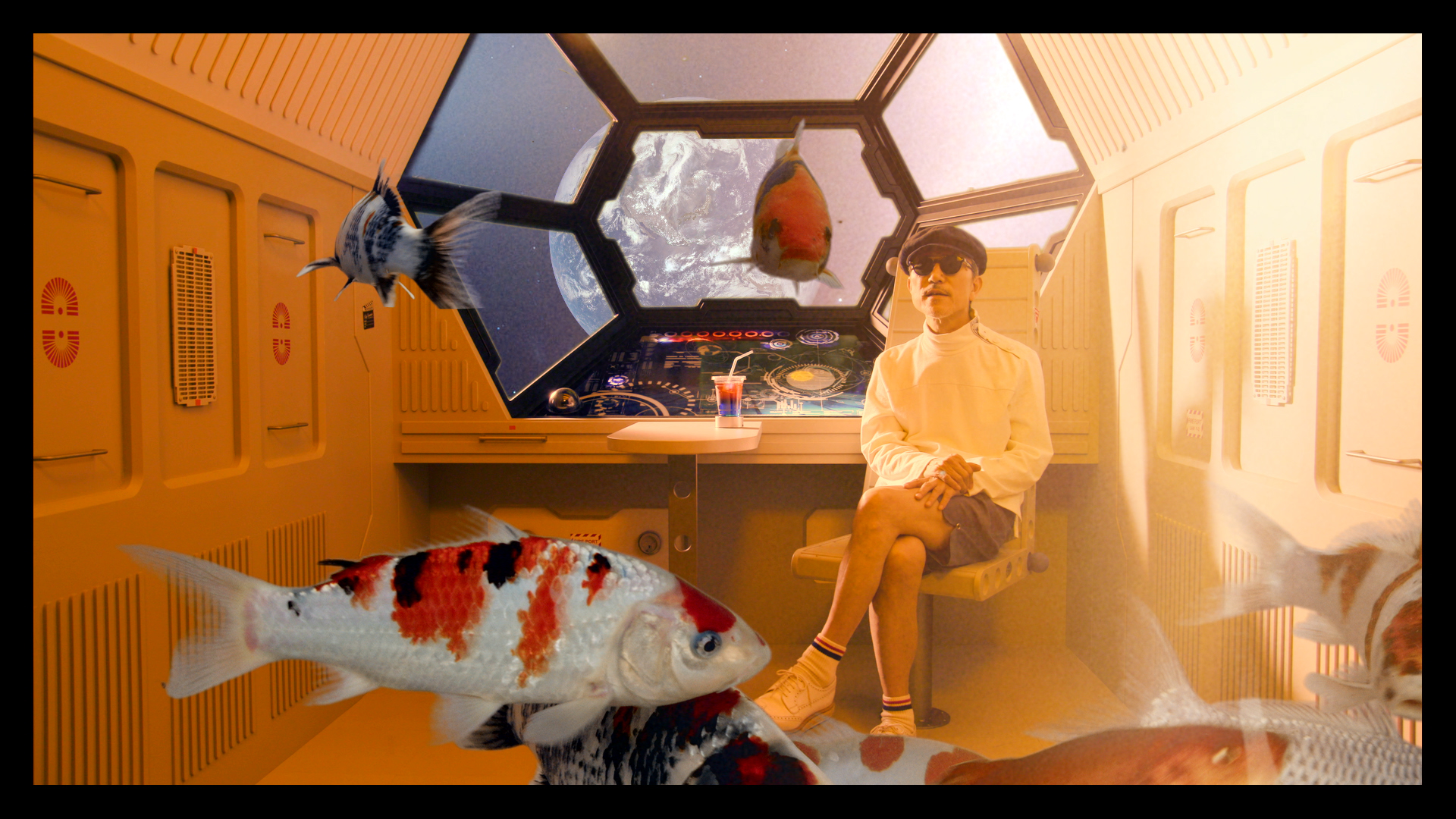