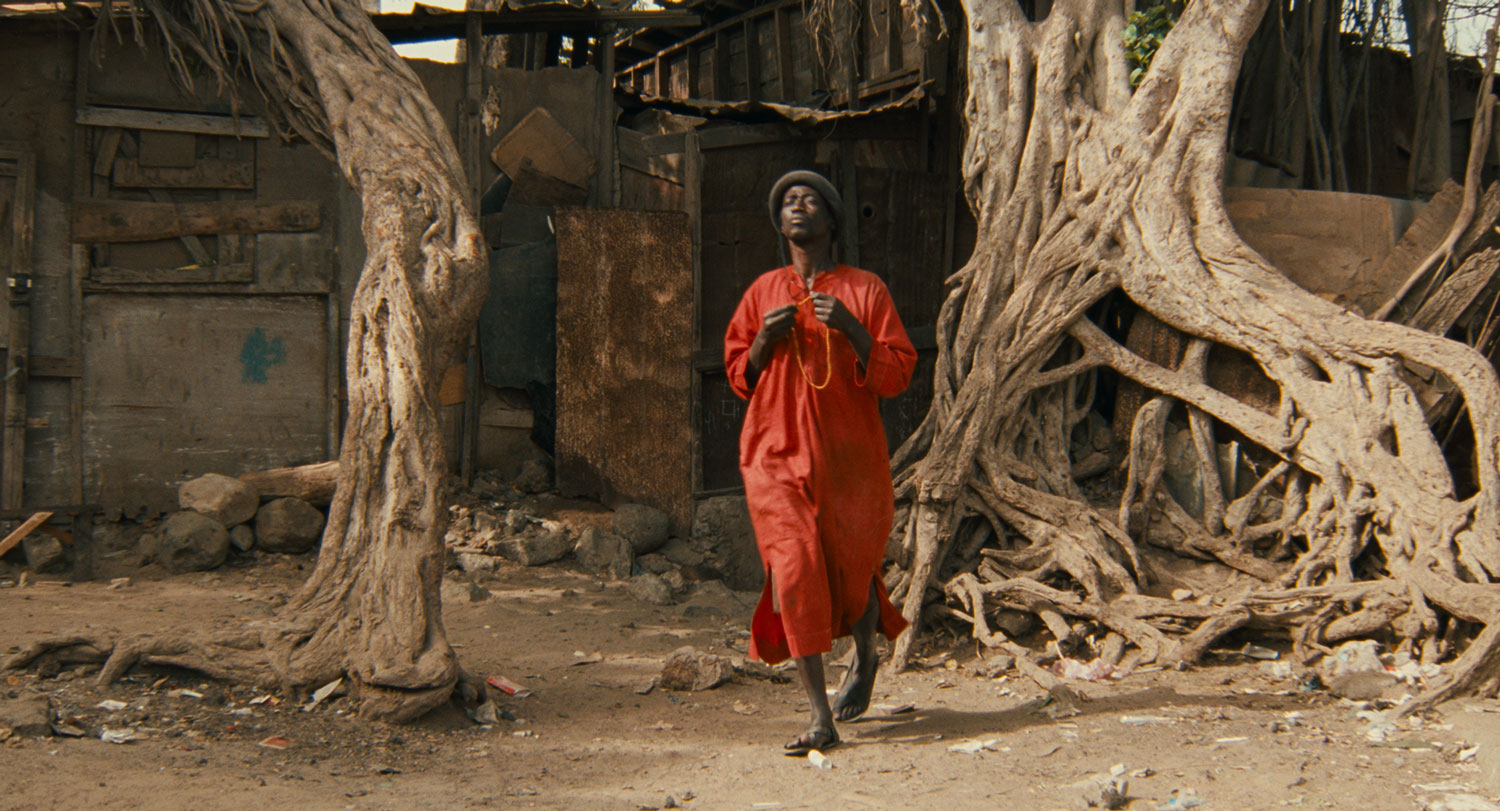 When his formidable landlady confiscates his beloved musical instrument, the kongoma, as ransom for unpaid rent, the penniless musician Marigo gets hold of a lottery ticket and dreams of a better future. To keep the ticket safe, he glues it to the back of his door. On the day of the draw, lady luck shines on Marigo. His is the winning ticket. But it is glued to the door… The first instalment of an unfinished trilogy Tales of Little People (Histoires de petites gens) by the late great humanist poet of Senegalese cinema Djibril Diop Mambéty is “a lesson for society”, but also a whimsical fable, full of hope and humanity, centred on the Chaplinesque figure of the downtrodden everyman Marigo.

The project Histoires de petites gens was to include three medium-length films that together would form a feature film, one film being shot per year: Le franc in 1994, La petite vendeuse de soleil in 1995 and L’apprenti voleur in 1996. Unfortunately, Mambéty only completed up to the first cut of La petite vendeuse de soleil, which producer Silvia Voser finished in 1999, a year after his death.

“In ‘a time of uncertainty’ – quoting the radio announcement inviting people impoverished by the CFA franc’s devaluation to try their luck playing the lottery – Mambéty went beyond mere observation and elevated his anarchic and rebellious vision by creating the anti-social character of Marigo. With his easy-going walk and Chaplinesque clothes, Marigo immediately expresses his irreverent nature: he spits on the floor of his shack and blows his nose on a towel like an unruly teenager. His comic nature turns into an art like in Chaplin’s silent films, almost without words. Marigo speaks through facial expressions, and he does not give in to the bad luck that seems to chase him. Like Chaplin, there is always a glimpse of optimism: the strength of Mambéty’s characters lies in their dignity, courage and rejection of fatalism and resignation. They are parables of hope in contrast with Afro-pessimism, the lack of faith in the continent’s capability to develop, which was emerging at that same time.”
– Alessandra Speciale, Djibril Diop Mambéty o Il viaggio della Iena

“There will never be enough words to describe the novelty of his filmic style, how he so masterfully and economically translated his profound sensibility, his tender image of ‘little people’, his acerbic critical view of the established order, his angst-ridden quest to understand the world, into images and sounds. /…/ For Mambéty, the ‘honest’ man’s last recourse in the face of the power of money, is derision, dream and serenity. In an economic order that respects neither man nor the environment, the mirage of the winning lottery ticket depicted in Le Franc (1995) can be no more than a giddy trajectory towards something else, a something that is ultimately washed away in the sea.”
– Olivier Barlet, Africultures

“I am interested in marginalized people, because I believe that they do more for the evolution of a community than the conformists. Marginalized people bring a community into contact with a wider world. /…/ I do not want to remain forever pessimistic. That is why I have fished out cases where man, taken individually, can defeat money. Think of Le franc. The hero of the film is going crazy because of a lottery ticket, but he manages to hold on because he has the power of dreaming. In La petite vendeuse de Soleil, all the protagonist wants is to sell her magazines, but money comes to subvert her plan. A rich man comes along, and a magazine that should cost 5 francs is sold for 500 francs. Thus, the rich man creates a problem, but she manages to escape this problem, because she dreams of something better.”
– Djibril Diop Mambéty, Transition

Restored in 2K in 2019 by Waka Films with the support of the Institut français, Cinémathèque Afrique and CNC – Centre national du cinéma et de l’image animée, in agreement with Teemur Mambéty, at Éclair laboratories from the original negative.

In collaboration with l’Institut français de Slovénie and Kinobalon’s programme for children and youth Kinobalon. 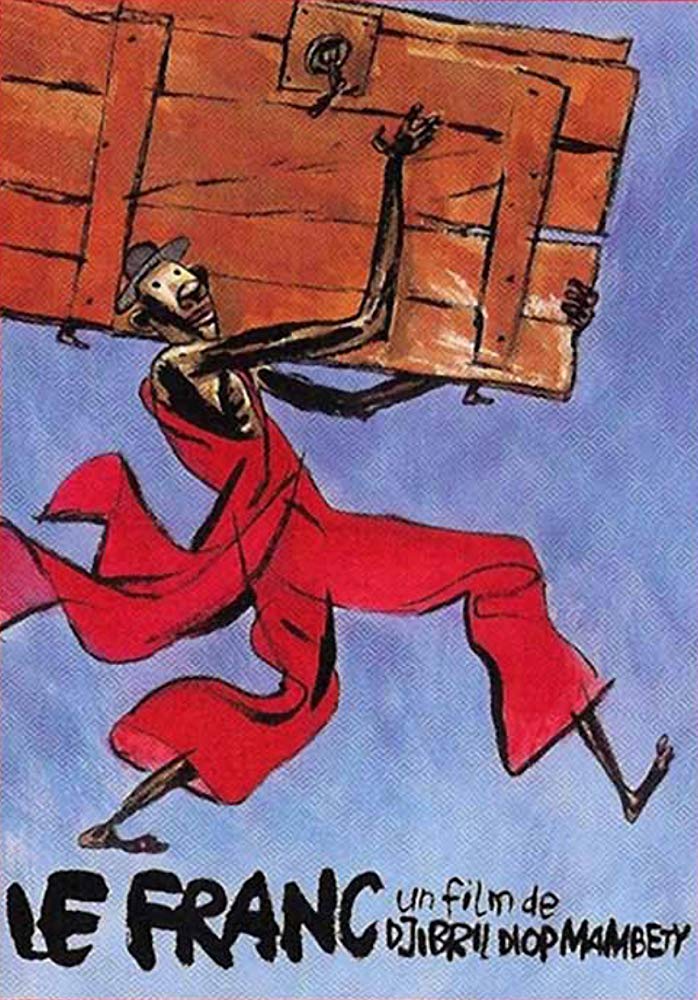 “Cinema is magic in the service of dreams.”
– Djibril Diop Mambéty 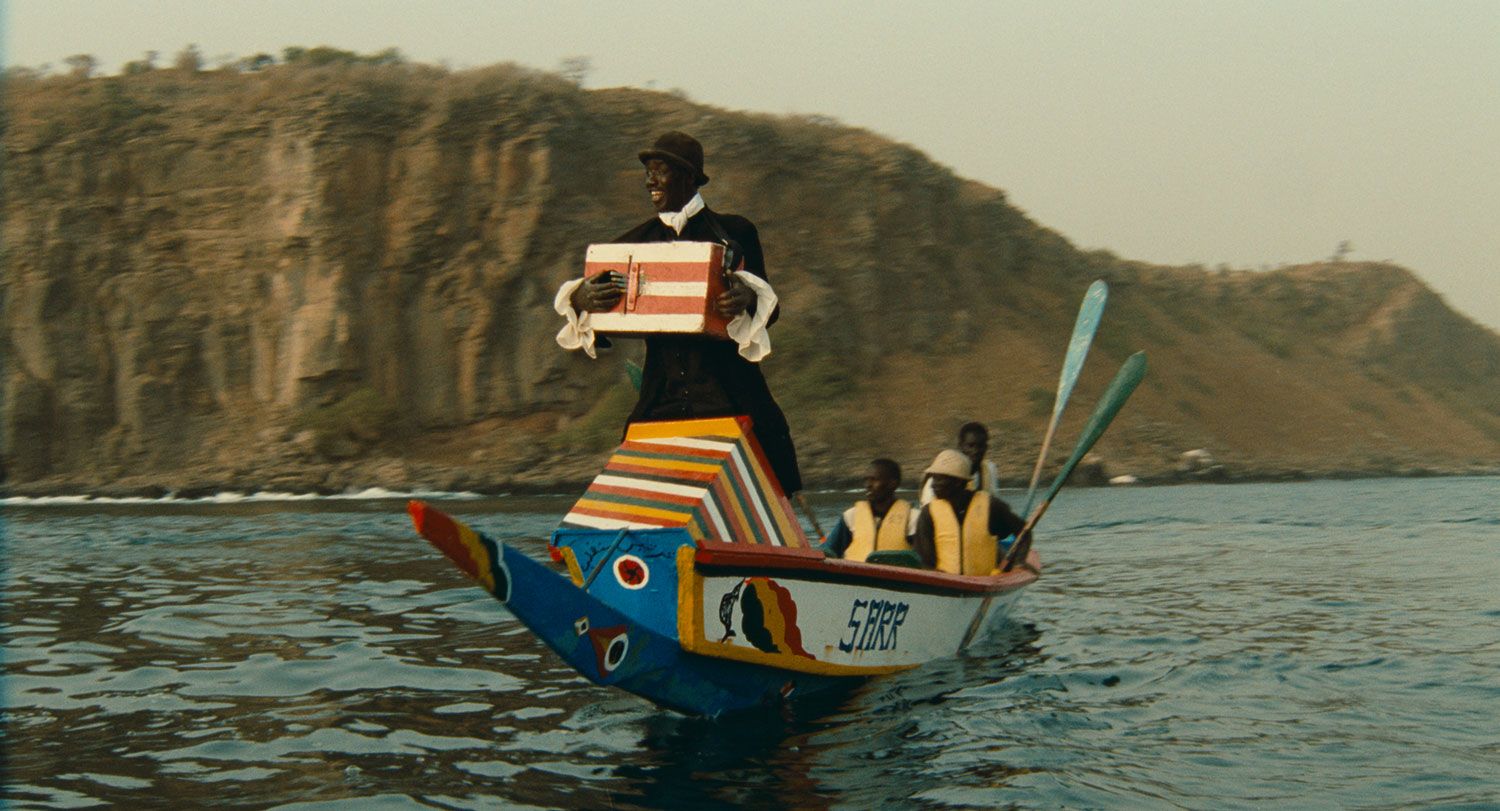 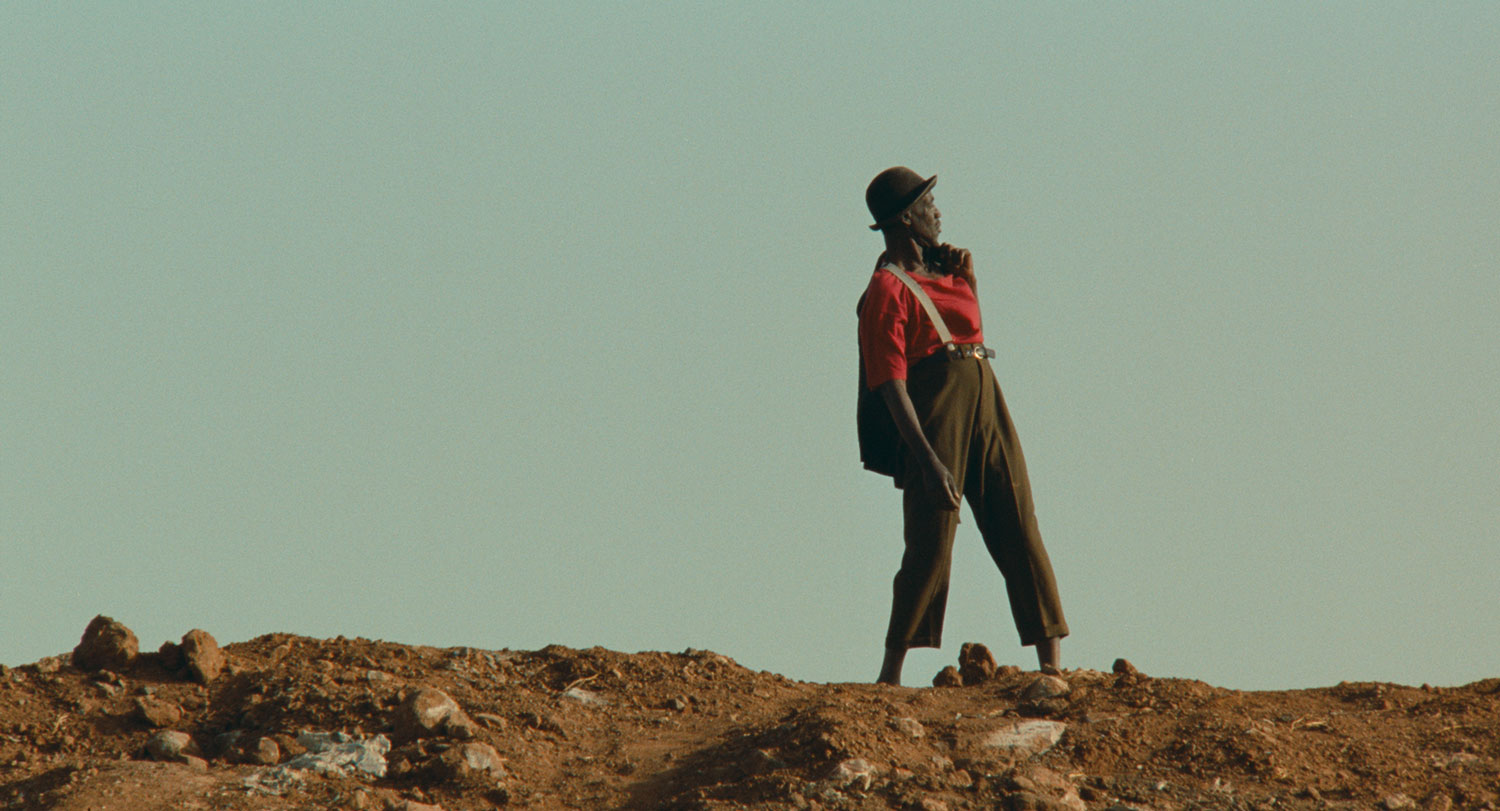