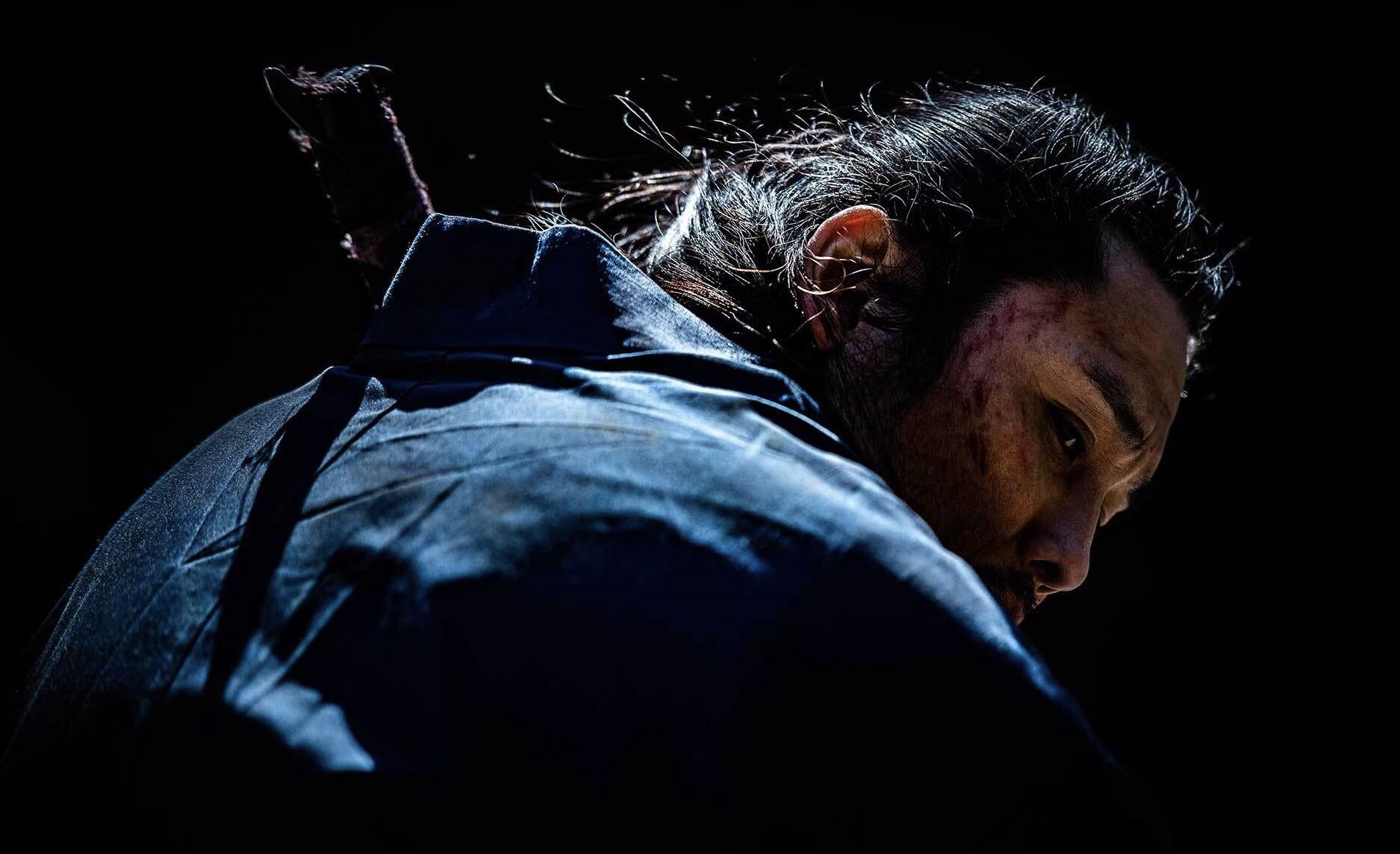 After a short historical exposition, a 77-minute sequence unfolds in which master martial-arts choreographer, actor and stuntman Tak Sakaguchi in the role of legendary ronin Miyamoto Musashi (1584–1645) takes on an endless string of opponents – in real time and one single take! Helmed by Kingdom‘s action director Yûji Shimomura and penned by genre master Sion Sono, Crazy Samurai Musashi is not so much an homage to the genre of chanbara, but to sword fighting itself. An homage and at the same time an utter demystification, a mathematical dissection of this martial art. Impressive, boring, sublime, gruelling and increasingly thirsty … A daring conceptual cinematic bravura!

“Crazy Samurai Musashi (written by no other than Sion Sono!) unfurls as a single, uninterrupted 77-minute shot following Musashi as he confronts and defeats hundreds of opponents – 588, for those keeping count (we advise against any drinking games related to on-screen kills). Sakaguchi, quite convincingly worn out and winded as the slaughter progresses, delivers possibly the most impressive and demanding physical performance in the history of moviemaking. An almost transcendental marathon of mayhem, flawlessly guided by Shimomura, Crazy Samurai Musashi immediately distinguishes itself as an absolute classic of action cinema.”
– Rupert Bottenberg, Fantasia Film Festival

“One of those feats of filmmaking almost as astonishing in its ambition as in its execution, Crazy Samurai Musashi originated in the mind of Sion Sono, with his typical mixture of cinematic verve and abundant bloodshed. That no-one was seriously injured in the making of it is remarkable, as it’s filmed in the old style, with real blades, and requires every actor and kirare-yaku extra to hit his marks perfectly even if he’s fighting someone who is standing behind him. For star Tak Sakaguchi, it’s an extraordinary feat of endurance. You could be a dedicated sports fan throughout your life and see little to equal this level of stamina and skill. /…/ This is not a perfect film. There are moments when the pacing slackens a little, moments when, despite the inventive use of setting and props, it becomes repetitive – and yet to fault it for this would be like valuing a perfectly made cheese sandwich over a sumptuous 12-course banquet because when the latter was served, somebody spilled the sauce. /…/ Cinema this bold is rare indeed and deserves to be celebrated. Crazy Samurai Musashi is far more compelling to watch than anyone had a right to expect. It’s a dazzling piece of work and it will go down in the history of samurai films as one of the greatest ever made. It’s a fitting tribute to a legendary artists and gives viewers the chance to see some of today’s most talented artists at their very best.”
– Jennie Kermode, Eye For Film 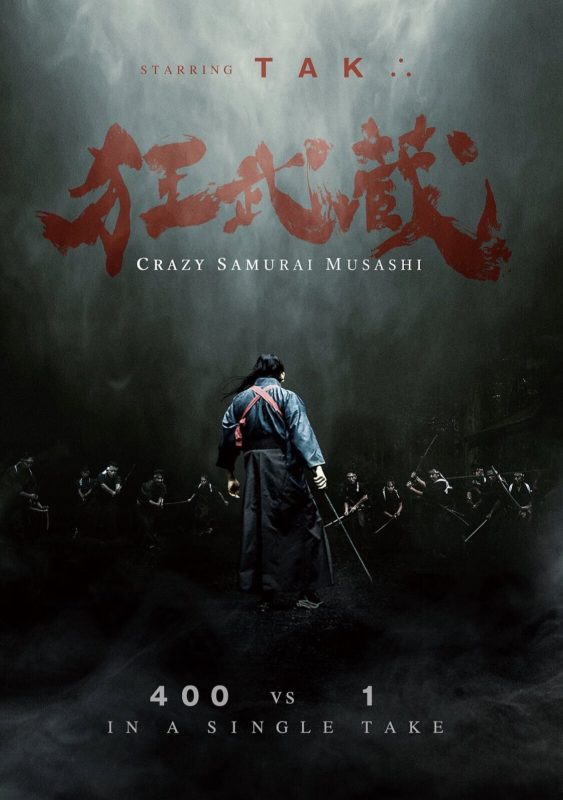 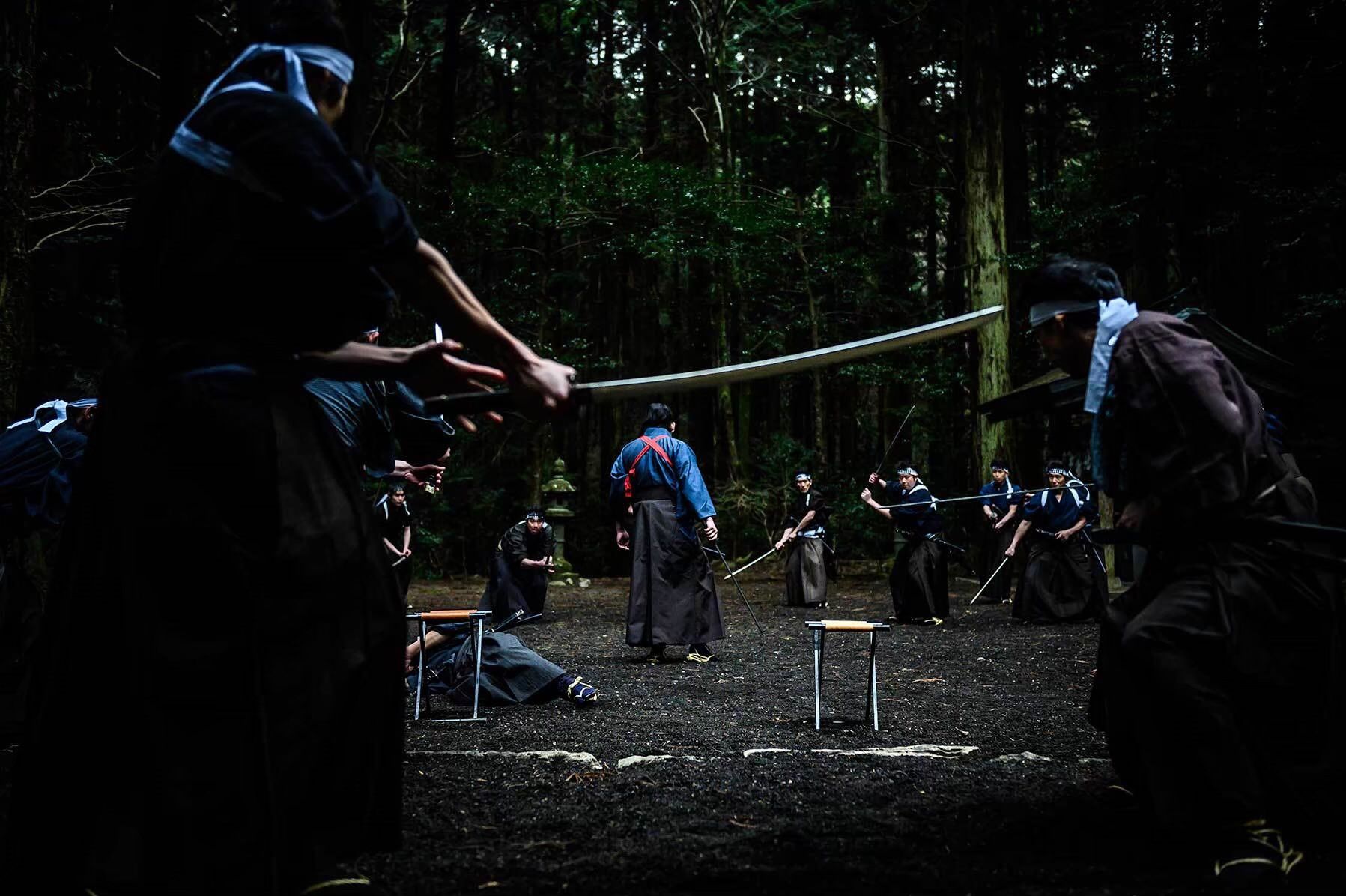