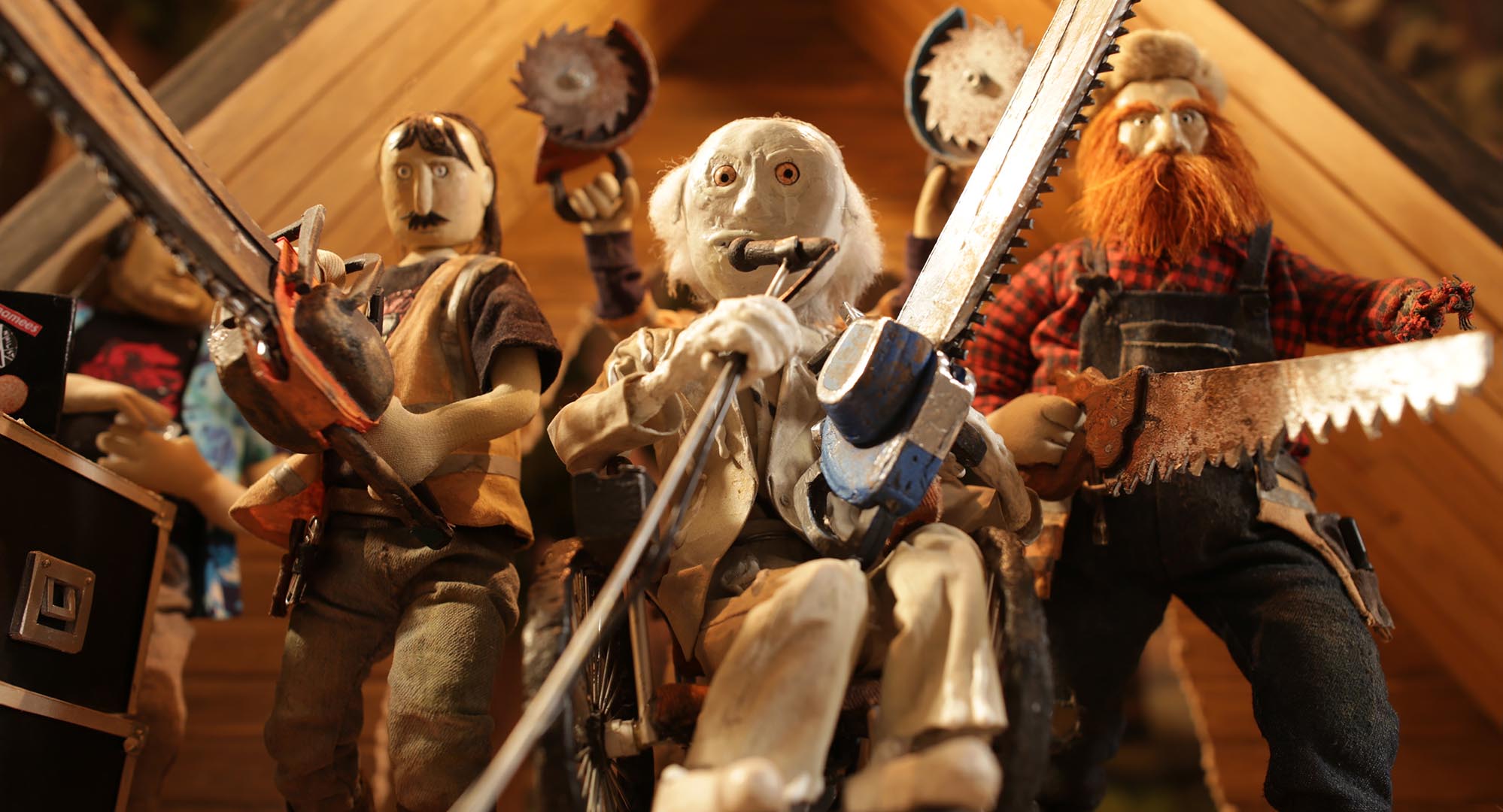 Grandkids are dropped off for the summer with the Old Man on his farm. Determined to make his progeny see the simple beauty of country living, he ends up working them like slaves, only to have the little bastards accidentally set loose his prized and thoroughly abused cow. Now the Old Man and his grandkids have just 24 hours to find the rogue bovine, before her unmilked udder explodes and unleashes lactocalypse. On their epic journey, our heroes must face festival hippies, forest creeps, sawmill workers and other dangers commonly found in the Estonian countryside.

“Children in cities, it is said, have become removed from the realities of where their food comes from. Good, says The Old Man Movie, because the last thing you need to know is how crazy farms are, and how gross everything about country life is. Just poop everywhere, and that’s the least of the worries. The Old Man Movie (or Vanamehe film in its original Estonian) is half Fritz the Cat, half Shawn the Sheep, a bawdy stop-motion delight that goes right up to the line of acceptable good taste, then stomps all over it with dung-covered boots.”
– Richard Whittaker, Daily Screens

“Baltic country-bumpkin shock comedy The Old Man Movie is not a film for the faint of heart, the squeamish, easily nauseated, lactose-intolerant, or humour-impaired. It’s a feature-length expansion of Peeter Ritso and Mikk Mägi’s animated webseries, initiated in 2012 as little more than a wry joke while in school. It became hugely successful, which prompts some very serious concerns about the moral and psychological health of the Estonian people. In any case, the derisive look at life out in farm country is pretty universal, as are the assorted bodily functions and effluvia that soon enough stain the screen. Written and directed by Mägi and Oskar Lehemaa (Bad Hair), The Old Man Movie is a high-water mark for stop-motion animation, and a glorious new low in lowbrow laughs!”
– Rupert Bottenberg, Fantasia Film Festival

“The Old Man as a character was born almost a decade ago, when two guys – Peeter Ritso and Mikk Mägi met at the Estonian Academy of Arts and started making short videos featuring the animated character. For several years, the only stage for the Old Man was YouTube, where he quickly became a sensation. Estonians loved his black humour, grumpiness and offensive jokes. /…/ The political incorrectness might be surprising to some. On the one hand, The Old Man Movie follows the classic Estonian puppet film tradition. Yet, the absurdist storyline brings a different vibe. In many ways, the film is a poke at modern pop culture as well as the ‘Old Men’ we often see around us. The directors themselves say that despite Old Man’s constant swearing and mood swings, he’s a good man who cares about his grandkids. Deep in his heart, he even cares about his animals. His kind-hearted side is just hidden under the tough (country)guy image. So in a way, the film has a political undertext. /…/ The voice is an essential part of Old Man’s character. Behind the mumbling noise is director Mikk Mägi. Oskar Lehemaa has given his voice to the grandchildren. It’s also quite common that you can hear people in Estonia mimicking Old Man’s voice. Directors themselves say that the voice has become such an integral part of their lives that they often find themselves speaking with the ‘Old Man voice’ even in everyday situations.”
– Aurelia Aasa, Estonian Film 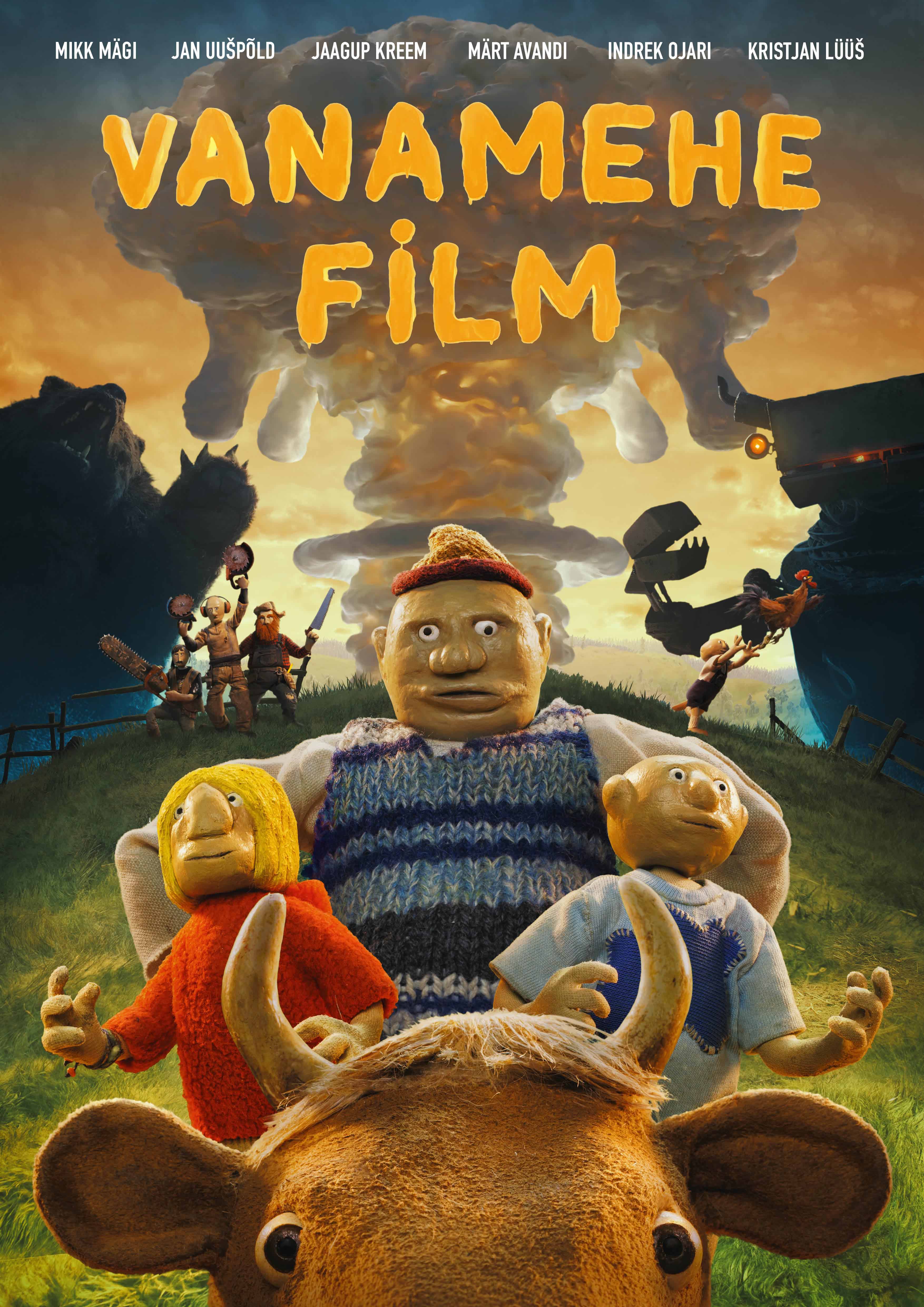 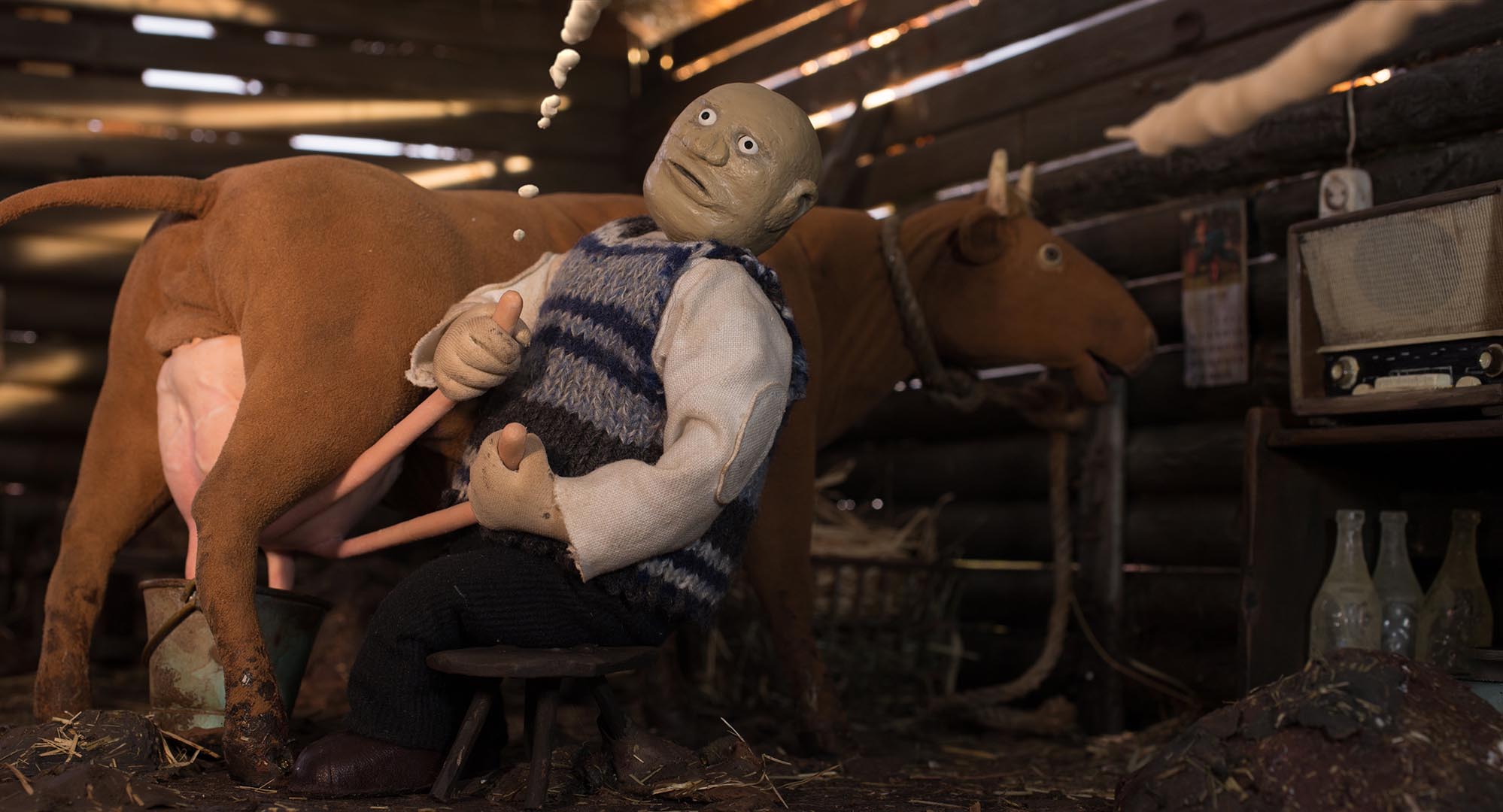 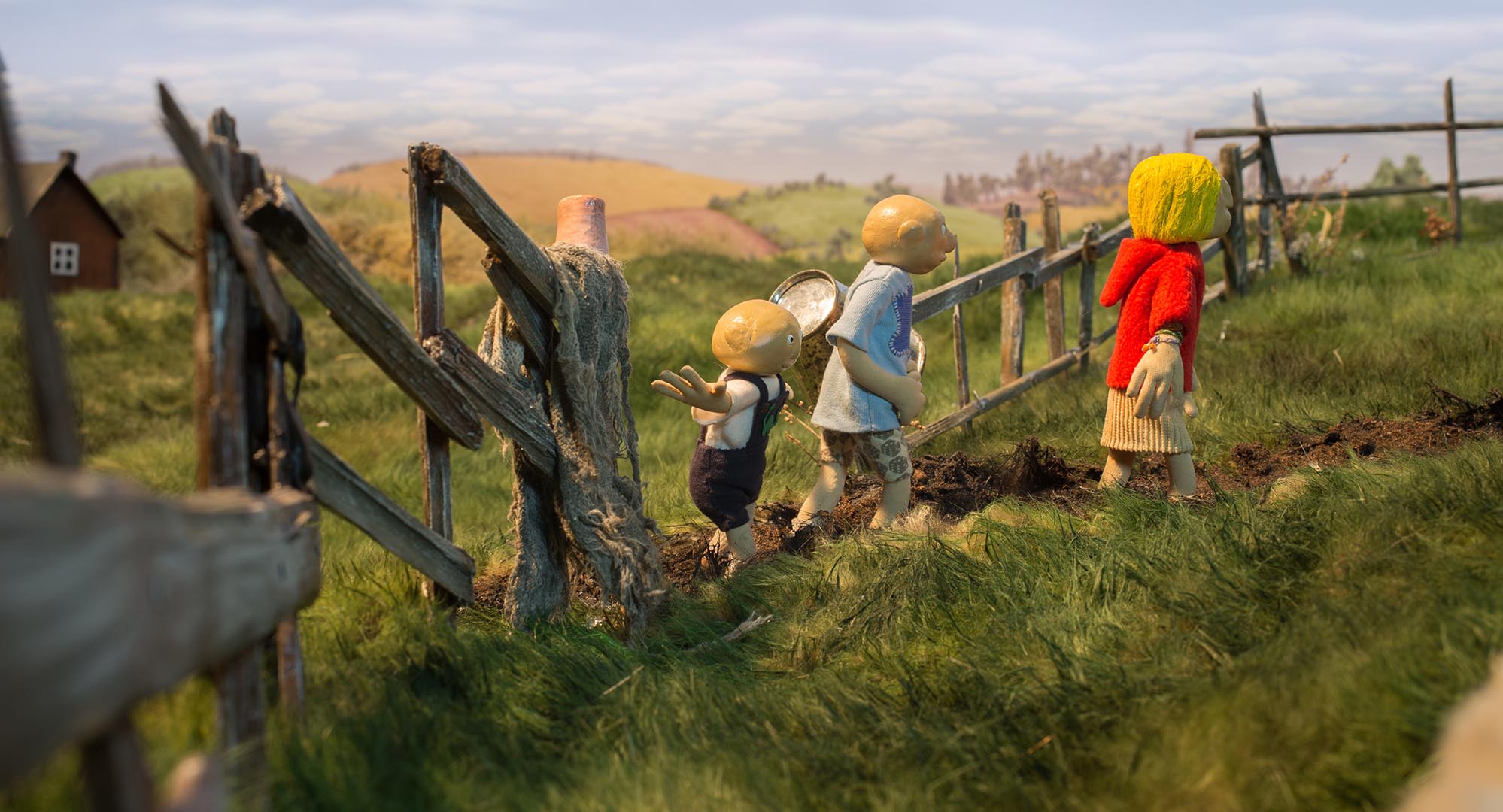 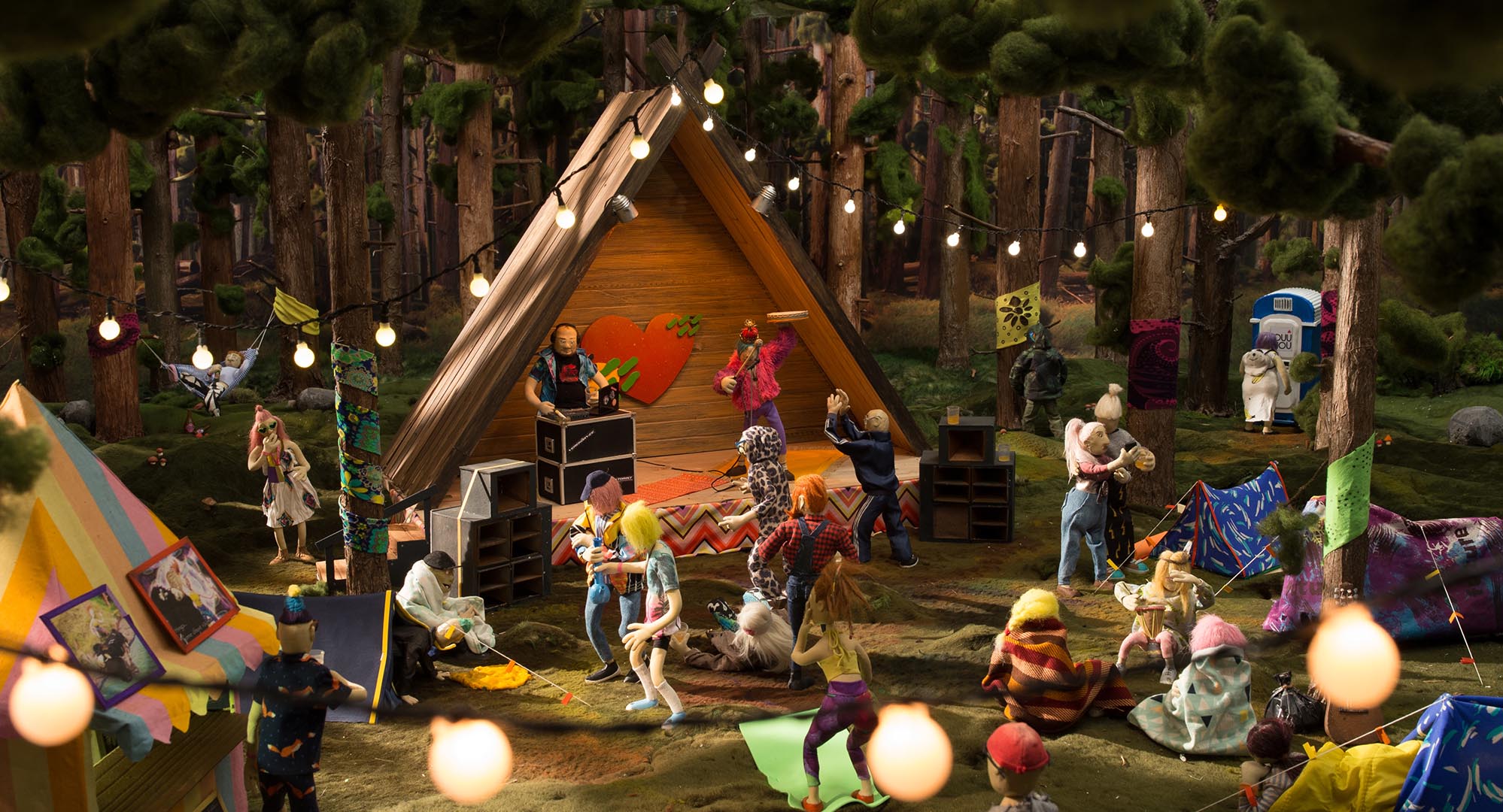 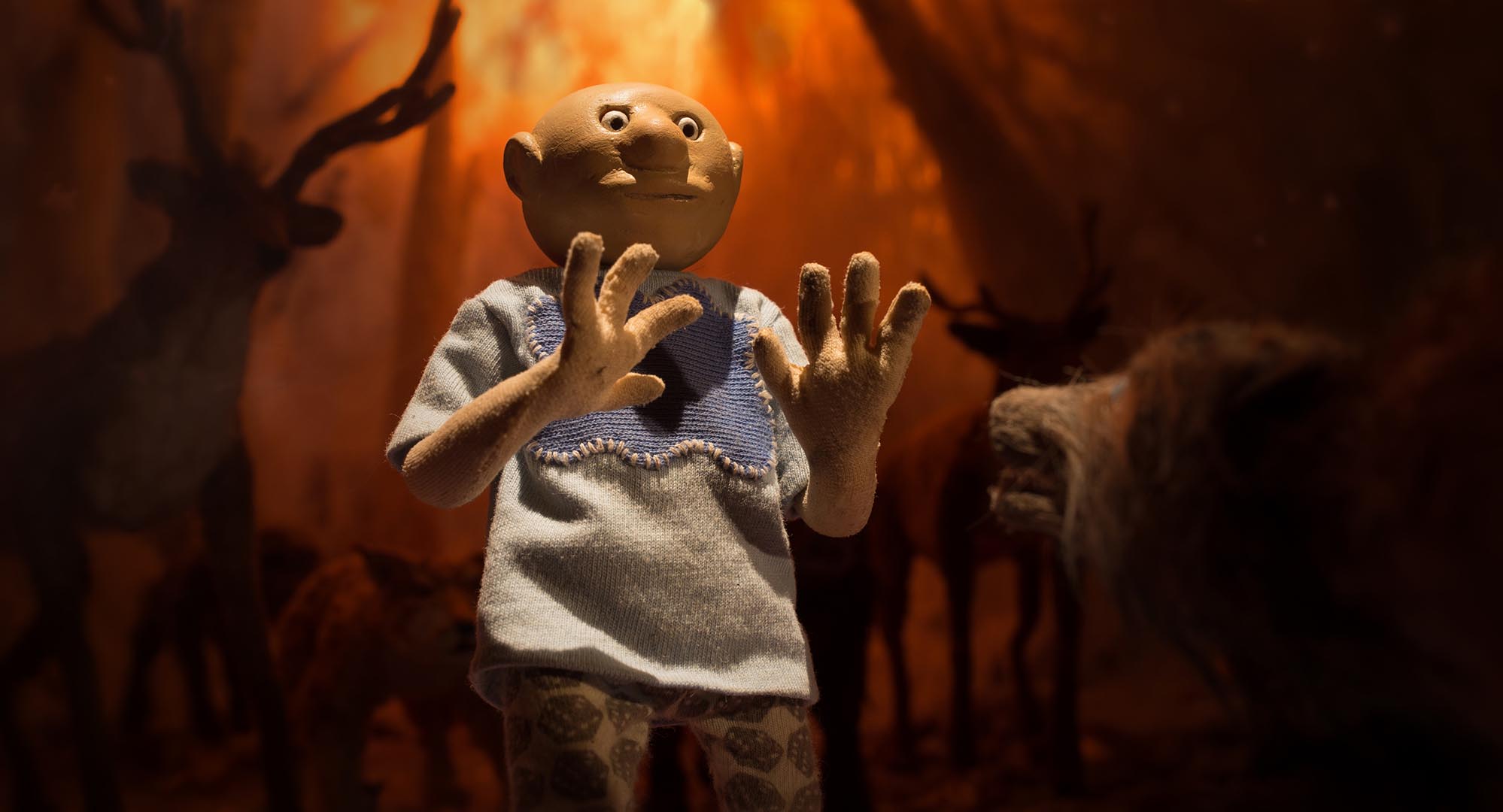 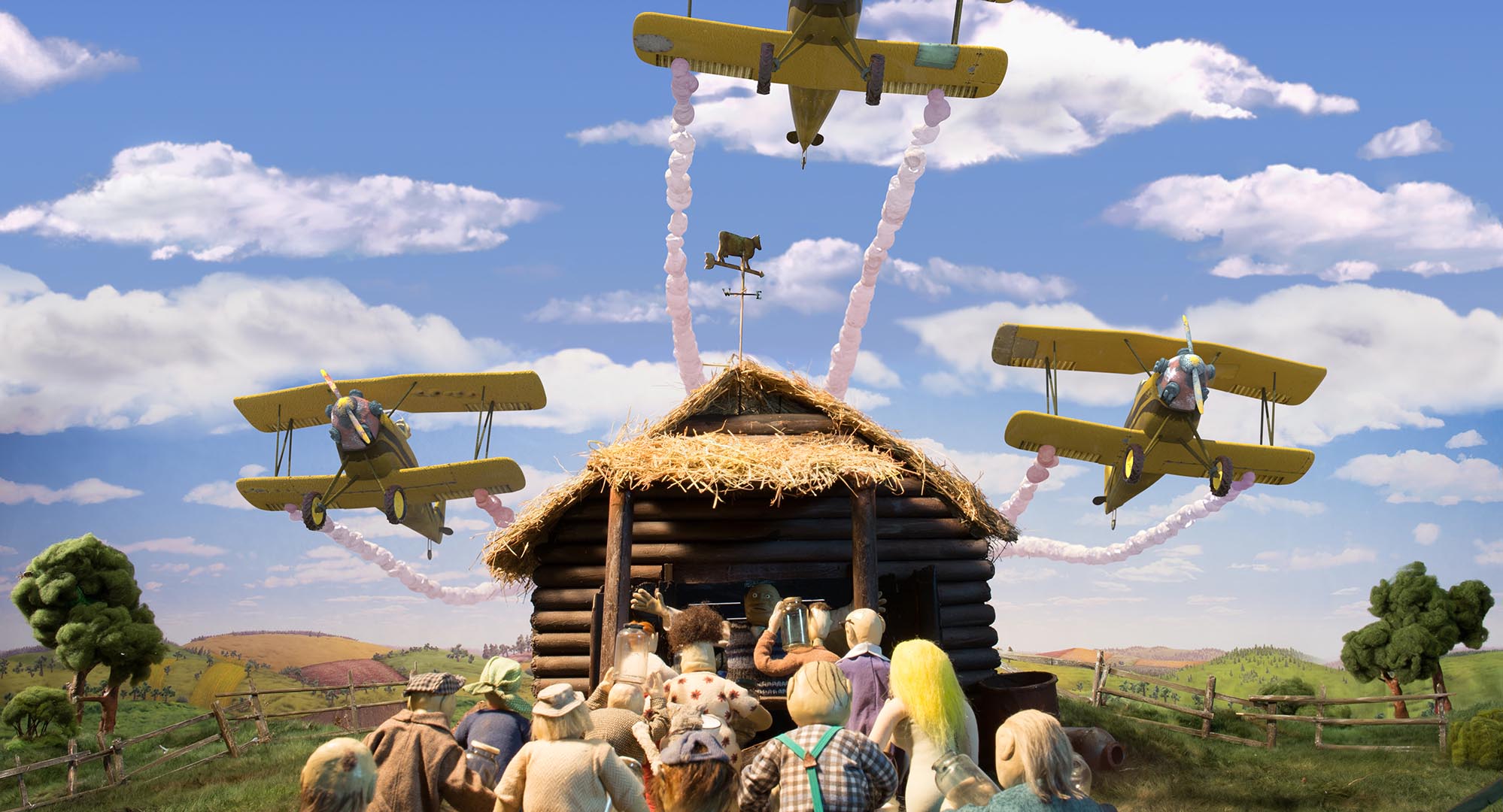 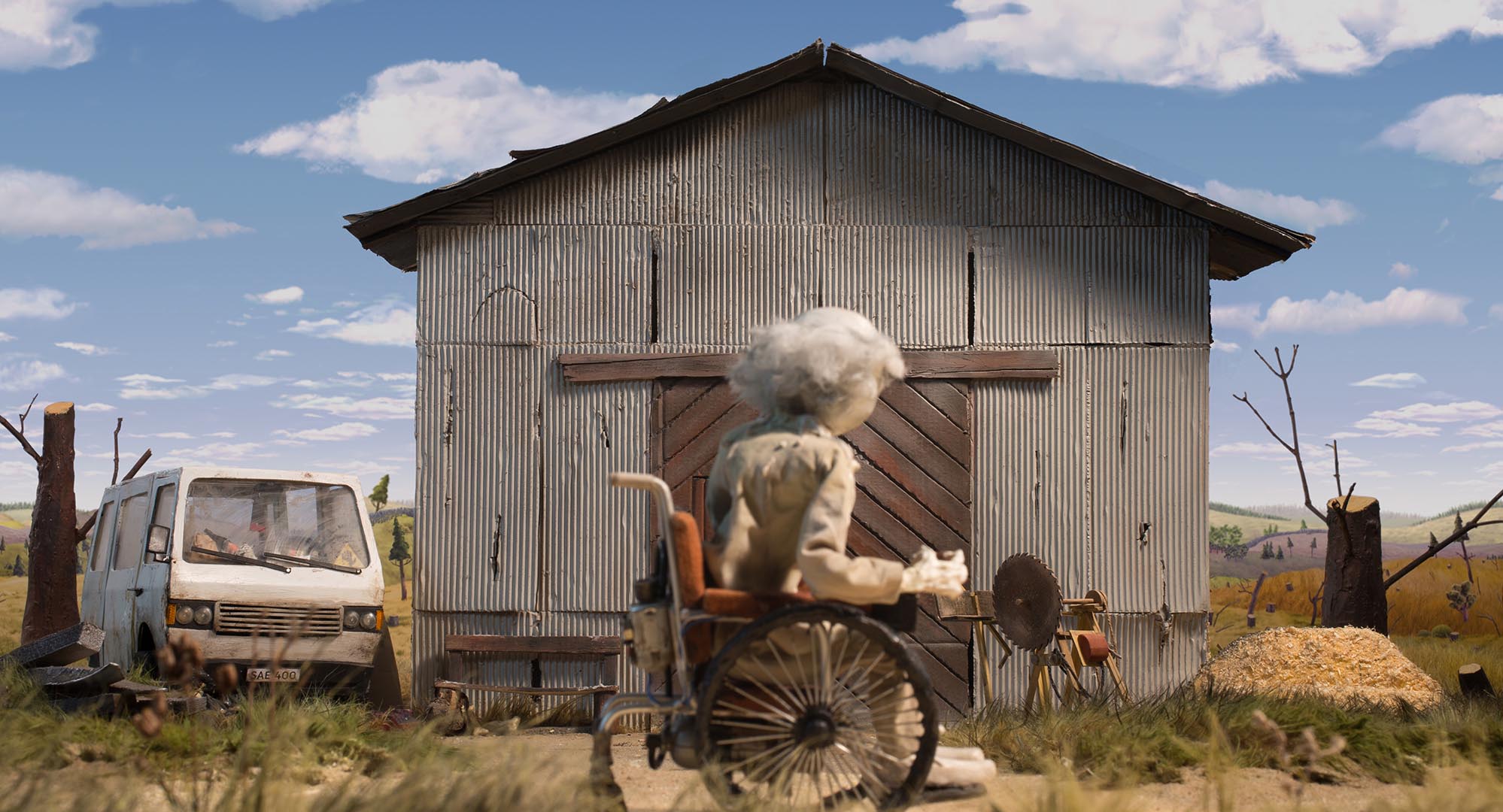