Marlene (Sandra Hüller) is plagued by horrific dreams that seem to be about a real place. Soon after tracking down the quiet village of Stainbach, she suffers a nervous breakdown and is admitted to a psychiatric ward. Her daughter Mona (Gro Swantje Kohlhof) journeys to the village to unravel the mystery of her mother’s breakdown. But perhaps the nightmare isn’t the demon that threatens the town. Perhaps it is the past. Michael Venus’ astonishing debut feature and macabre psychological thriller Sleep plunges us deep into a Lynchian nightmare, lurking under the quaint veneer of an idyllic German village.

“Nightmares have accompanied me ever since my early childhood. The subconscious throws its own weaknesses at us. Fascination and horror alternate, just like in horror movies. And like in horror movies, the nightmare stays with us after we wake up, it seeps into the day with its disturbing images – the most effective transmitter is fear. As one can clearly see in the emerging right-wing populism. The popular belief that a nightmare, a shapeshifter, is wreaking havoc at night, taking our breath away and squeezing these dark images out of us like the pips from a lemon, is an attempt to tame what is disturbing in stories, to return them to a sense of meaning that always purports to give a sense of security, a security that does not exist. /…/ What Lynch and Kafka showed me from the outset is that narrative is only obliged to one reality, one logic, one’s own – like the dream; or the horror film.”
– Thomas Friedrich, screenwriter

“A never ending tangle of family trauma unravels through an echo chamber of national shame in the ambitious psychological thriller Sleep. Michael Venus’ debut feature gathers inspiration from a swirl of influences that range from the fairy tales of the brothers Grimm to the lost highways of a David Lynch nightmare. Viewers are required to work hard to piece together the bigger picture but Sleep will intrigue genre fans who favour the cerebral over the visceral. Like Lynch, Venus is intent on looking beyond the white picket fence of normality to observe what lies beneath. The director describes Sleep as ‘an antithesis of the German Heimatfilm’ and throughout there is a sense of the sinister lurking below the surface of the seemingly banal. A welcoming country hotel, a sleepy village and a picturesque Alpine woods are all filled with horror.”
– Allan Hunter, Screen Daily

“While not exactly a proper horror, /…/ Sleep rips right into the ‘cult of guilt’ instead, the troubled past of the country that never went away, and who knew? It seems that some people would actually gladly welcome it back. /…/ [Sleep] also serves as yet another reminder that genre can serve as a powerful ally when dealing with trauma tainting whole generations, or even suffered by the entire nation. But although its themes are as dark as it gets /…/ Sleep is at its best when embracing (one assumes) all the silliness that goes hand in hand with the local touches, be it a ‘slaughter festival’ or a powerful, emotional confrontation summed up by a brief: ‘Otto, go get the apple strudel.'”
– Marta Bałaga, Cineuropa

“If David Lynch wanted to make a remake of The Shining, it would surely resemble Sleep.”
– Requiem pour un film 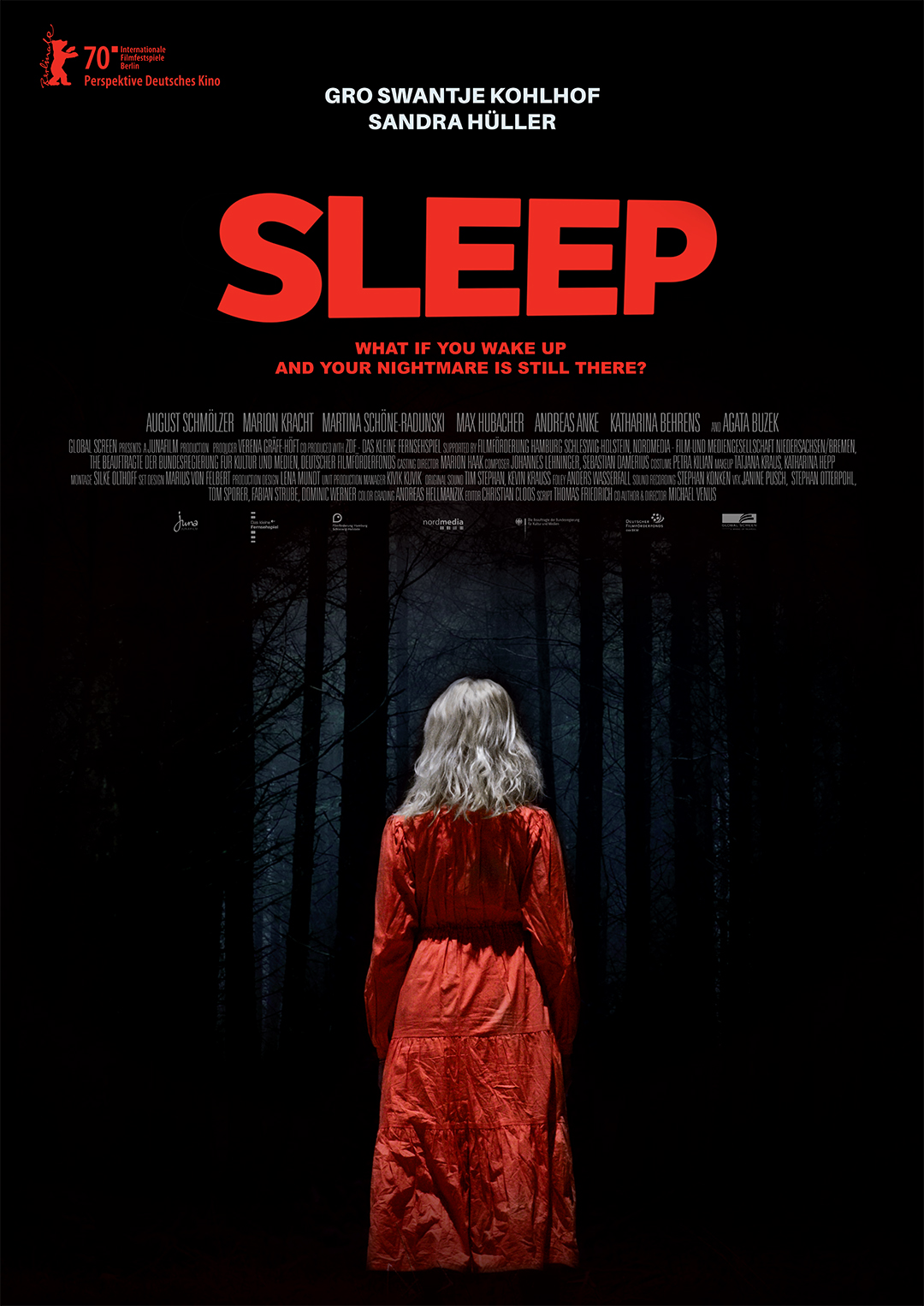