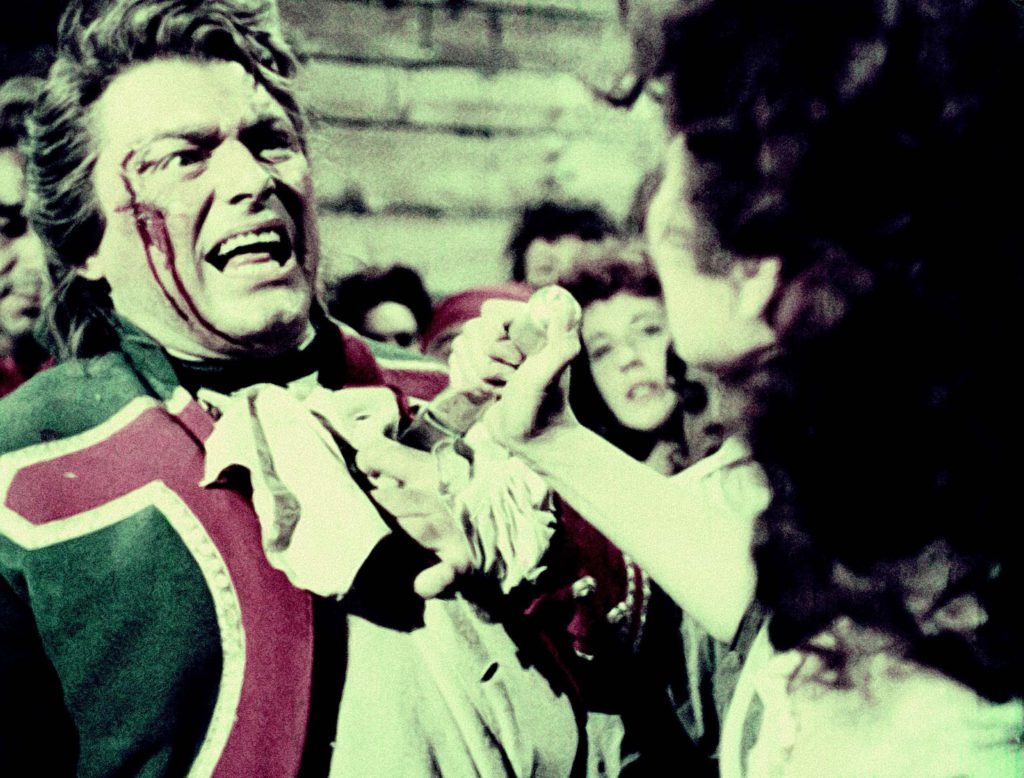 THE FURY OF A 100 LOVE-STARVED WOMEN! A STORY SO DARING THEY SAID IT COULD NEVER BE FILMED! THE SCREEN EXPLODES VIOLENTLY WITH UNLEASHED EMOTIONS OF SUPPRESSED DESIRES!

In 18th century, a prominent but financially ruined aristocratic family is celebrating the prosperous marriage of their daughter Isabella. But the girl had committed a terrible crime. Anxious to avoid a scandal, her father convinces Isabella’s poor cousin Consuelo to take the blame. Condemned to ten years of forced labour, Consuelo boards a ship carrying convicted women to a colony, from which they will never return. But in the hot and steaming belly of the boat a mutiny is brewing.

“Unlike the classic melodrama with more intellectual pretensions, there is no logical order in this film – just a series of often predictable scenes that are not always seamlessly tied together, but are redeemed by their symbolic Pavlovian meaning. Without superfluous explanations and built around the conditioned reflexes of viewers experienced in the genre, the movie uses canonical images to awaken hatred, desperation, or pity; tears may be shed. The result could be compared to surrealist collages. By cutting out and reassembling common elements, the usual becomes unusual. /…/. A memorable, erotic sequence is that of the revolt – when every woman attacked by a sailor kisses him on the lips, rendering him docile and compliant. The captain, before being killed himself, murders Isabelle by whipping her (while she says: ‘I paid for your complicity with my body’), and then everything concludes with an orgy of black dancers, wine that splashes over the bare breasts of the young women in an indescribable jumble of bodies. /…/ In this film – which I find amusing like many awful melodramas, almost Dadaist for their lack of narrative construction and directing precision – elements like religion, eroticism, women’s magazines, and big sentiments are all piled on without any harmony. And love, radically different from eroticism, often gets its revenge… After seeing La nave delle donne maledette in a small neighbourhood movie theatre, I conducted an informal survey among the audience members. During the whole film, the young leading couple exchanged only one very chaste kiss, but every single audience member, without exception, had seen Da Silva and Consuelo going to bed together.”
– Ado Kyrou, Amour, érotisme et cinéma (Paris, 1967)

Restored by Fondazione Cineteca di Bologna at L’immagine Ritrovata laboratory in 2012 on the base of a safety print from La Cinémathèque royale de Belgique. 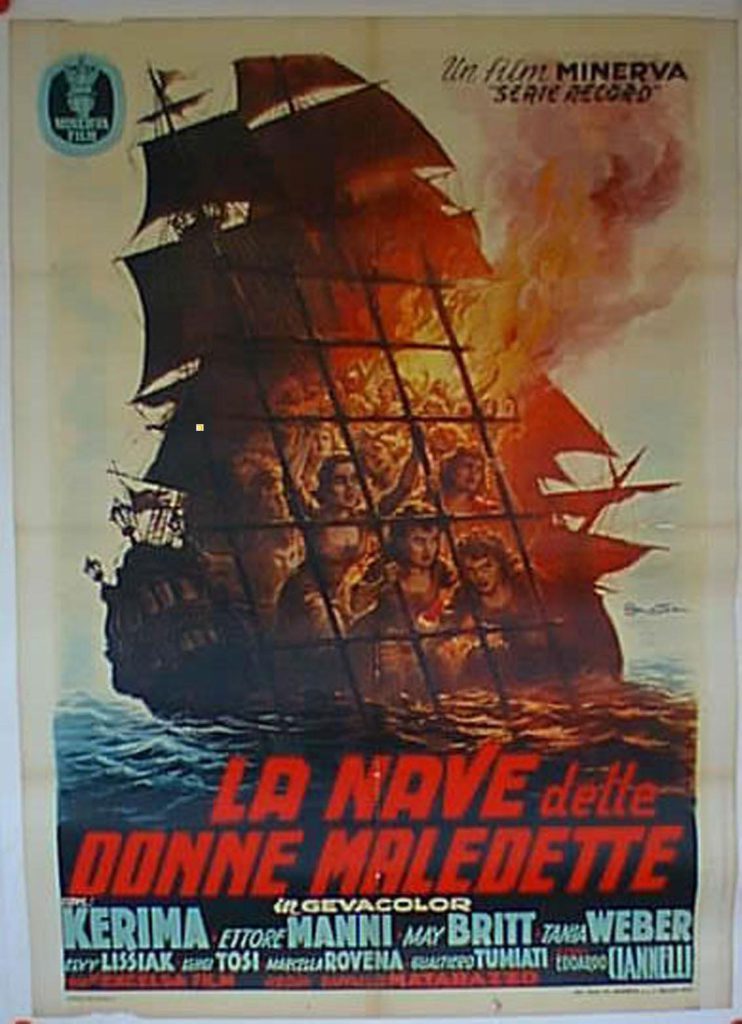 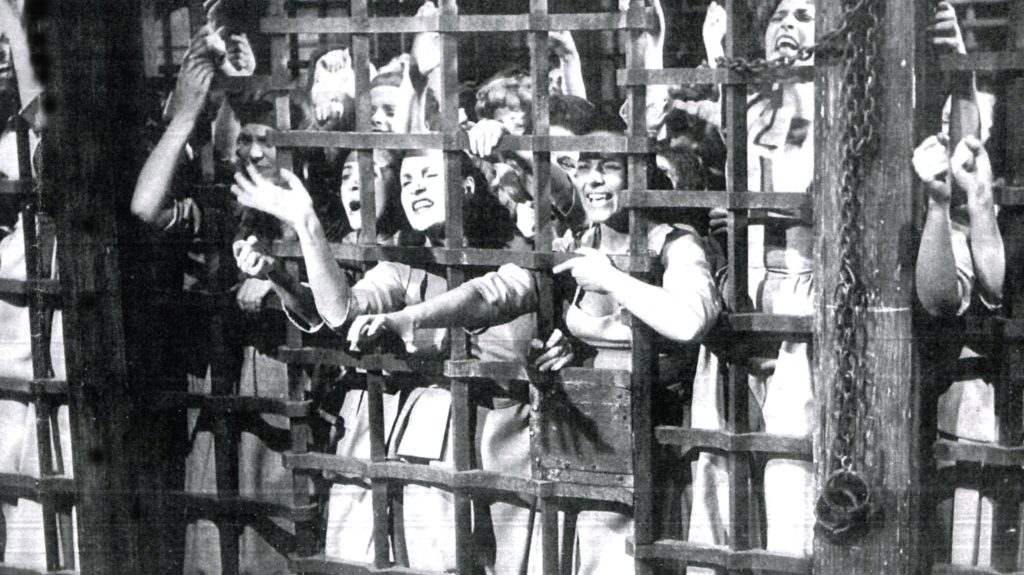 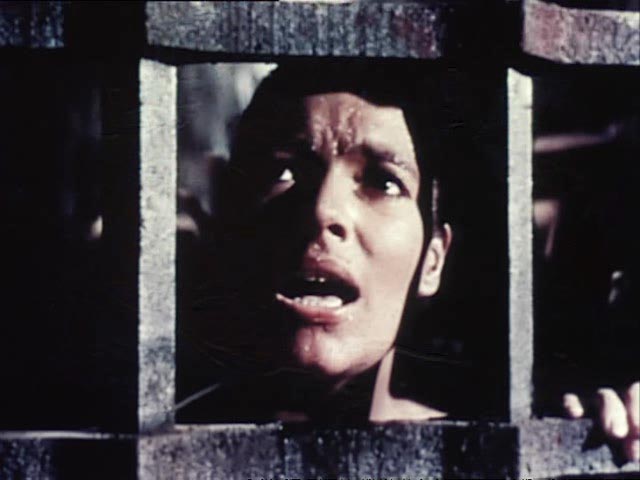 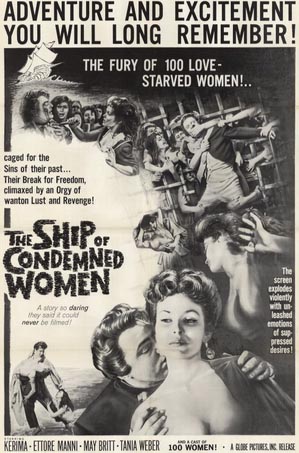