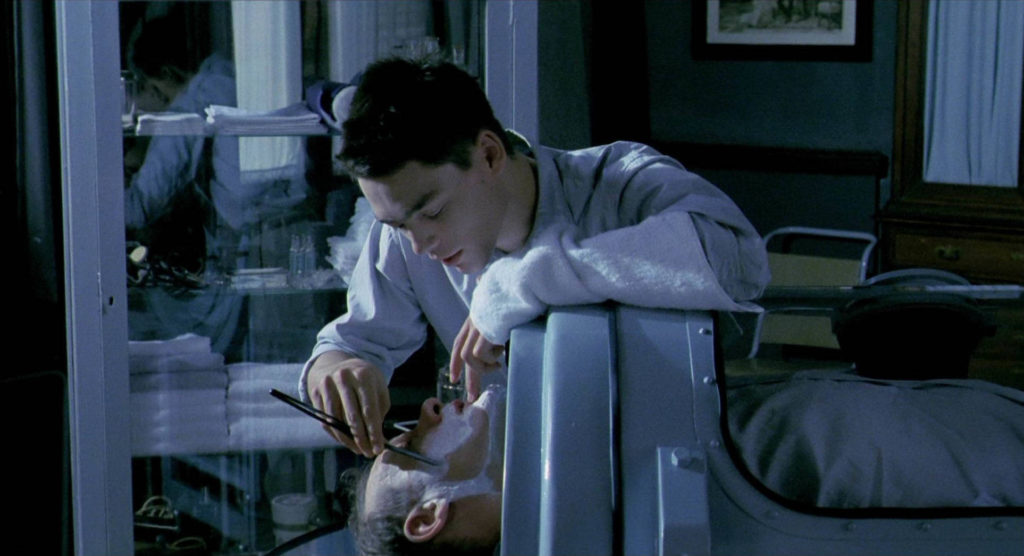 Klaus is a former Nazi doctor who conducted fatal experiments on young boys during the war. After escaping to Spain, he continued to perpetrate his atrocious crimes. But a failed suicide attempt left him paralysed and confined to an iron lung inside a mansion which he shares with his wife Griselda and their daughter. One day, a mysterious young man Angelo appears at their door to offer his services as a nurse.

Agustí Villaronga’s astonishing directorial debut is a dark and disturbing descent into the horrors and parallels of fascism, forbidden sexual fantasy and sexual violence.

“It is unique – Tras el cristal obsessively charts a taboo considered by many to be just too offensive to serve as subject matter for a film. As if this were not enough, the story also examines the fetishistic allure of the Nazi period. The result is a perilous knot of desire and hate, explored with a dexterity which, in a couple of instances, skates to the edge of the pornographic – without losing sight of the dangers and responsibilities inherent in such extreme material. /…/ Tras el cristal deserves serious consideration as a film which explores a very difficult subject indeed, and succeeds in remaining within the bounds of responsible intelligence. Far from a cheap thrill for the sick and perverted, it surely joins Pasolini’s Salò as a work of dark, troubling brilliance.”
– Stephen Thrower, Eyeball

“In a Glass Cage explores the dialectic relationship between executioner and victim in an ambivalent tale of lust, death and transcendence. /…/ It is inspired by Georges Bataille’s account of the historical child murderer Gilles de Rais, along with the writings of Marquis de Sade, blended with a totalitarian vision that links the film to Pier Paolo Pasolini’s Fascism parable, Salò, or the 120 Days of Sodom.”
– Marcus Stiglegger, 100 European Horror Films

“Agustí Villaronga is another resistance-based filmmaker. His In a Glass Cage is both a morbid fable about the corruption of innocence and an allegory about Nazi atrocities, as well as an exemplary exercise in transgression.”
– Manuel Yáñez-Murillo, Film Comment

“A nightmarish masterpiece! The most impressive directorial debut of the decade!”
– Elliot Stein, The Village Voice 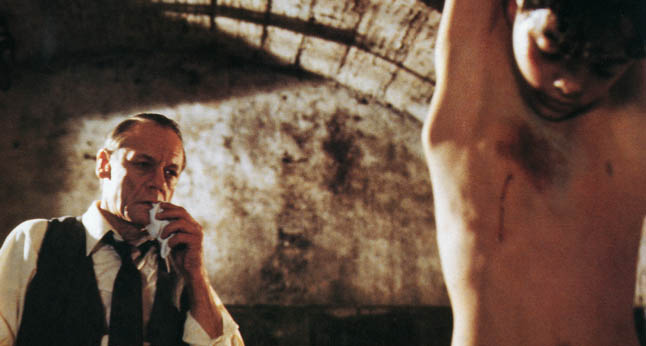 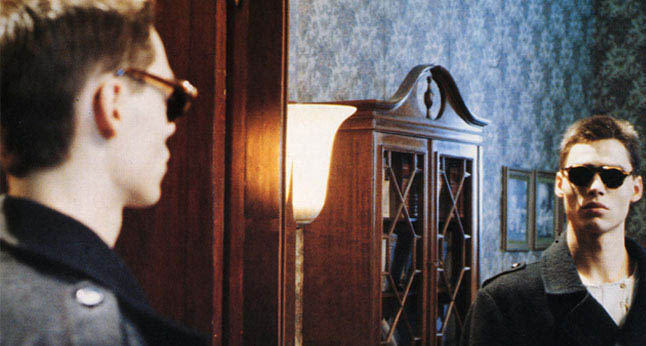