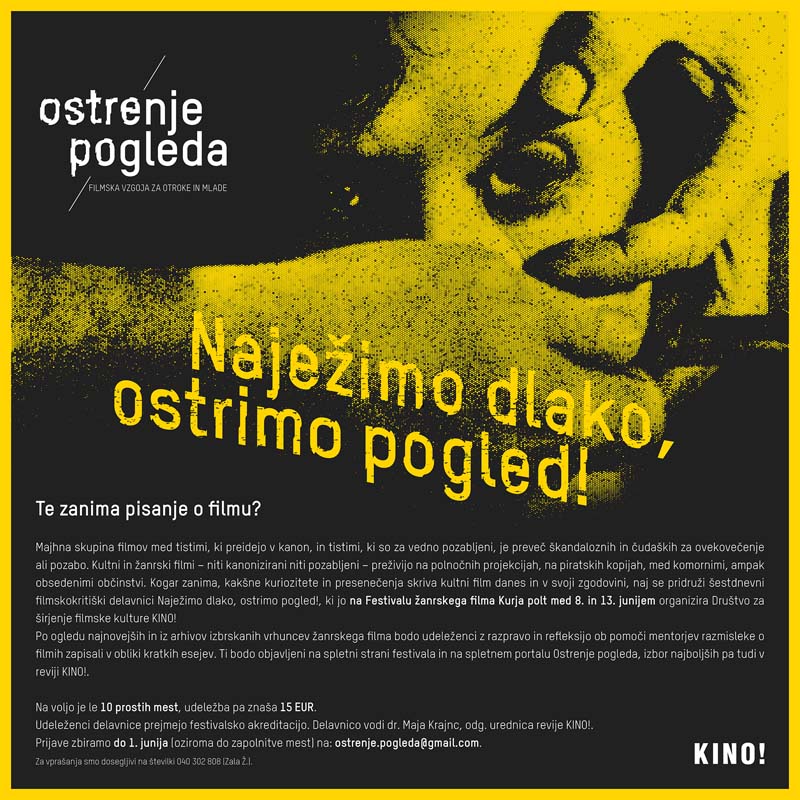 While some films become immortal and some fall into oblivion, there are those that are too scandalous to be canonized and too strange to be forgotten. These cult and genre films live on, as midnight movies, as pirated copies, among their few but fervent fans. If you are curious to discover the wonders of cult cinema past and present, join the six-day film criticism workshop Shivering Skin, Sharpening Gaze, organized by KINO! Film Society.

The viewings of selected genre treats will be followed by in-depth discussions, preparing the participants for their own writing. Texts will be published on Kurja Polt and e-kino.si websites, with a selection of works featured in KINO! magazine.

Registration by June 1 (or until capacities are reached) at: ostrenje.pogleda@e-kino.si.