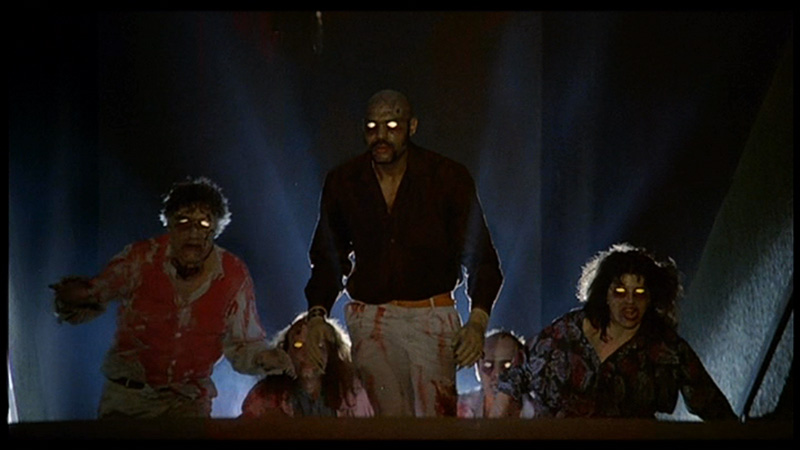 In a cavernous Berlin cinema the unsuspecting audience settles down for a secret screening. It’s the premiere of a horror movie. In the film-within-the-film, two young couples rummage around a graveyard when all hell breaks loose. The celluloid nightmare spills from the screen and penetrates reality as a contagious epidemic turns patrons into bloodthirsty demons. To the tunes of Billy Idol, Scorpions and Mötley Crüe, conducted by Goblin’s Claudio Simonetti, the sealed tomb of cinema Metropol is quickly running out of survivors.

“If one movie sums up what had become of Eurohorror in the 1980s, it’s Demons.”
– Kim Newman, 100 European Horror Films

“Demons launched Lamberto Bava as one of Italian fantastic cinema’s most important auteurs, and marked the beginning of the collaboration between Bava and Dario Argento, who produced the film. It’s an important work that re-launched the horror genre in Italy for several years and influenced my other films in the years to come.”
– Luigi Cozzi and Antonio Tentori, Italian Horror Movies 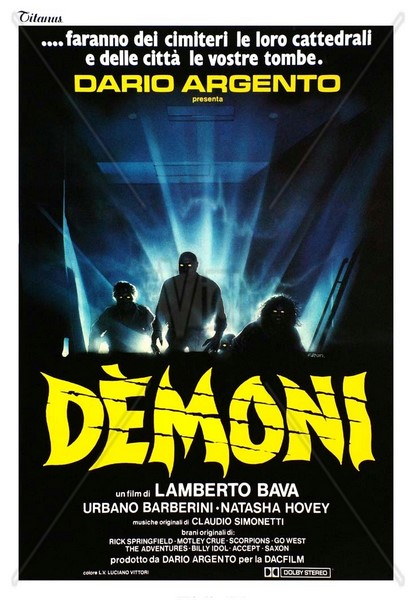