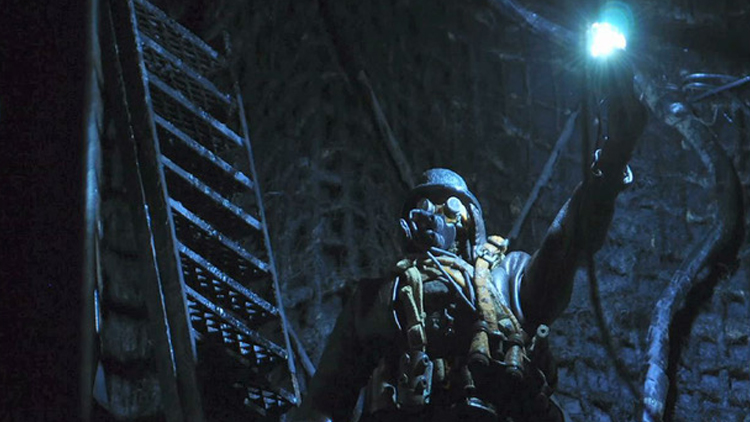 Follow The Assassin through a forbidding world of tortured souls, decrepit bunkers, and wretched monstrosities forged from the most primordial horrors of the subconscious mind. Every set, creature, and effigy in this macabre masterpiece is hand-crafted and painstakingly animated using traditional stop-motion techniques. Over thirty years in the making, legendary visual effects artist Phil Tippett’s Mad God is a labour of love, a testament to the power of creative grit, and an homage to the timeless art of stop-motion animation. Ready your eyes. Ready your spirit. Prepare to meet your maker.

“Harrowing, horrific, and hilarious, it’s a Dantean descent into seething theological outrage, its multitude of fascinating monstrosities, an uncanny carnival in the tradition of Hieronymus Bosch, a perpetual-motion machine of biomechanical malevolence. Perhaps Tippett is in truth the titular deranged deity, fashioning an insane universe with his bare hands and breathing life into it.”
– Rupert Bottenberg, Fantasia International Film Festival

“Phil contributed to my movies in the most magnificent, technologically innovative and artistic ways. I would have been lost without him.”
– Paul Verhoeven