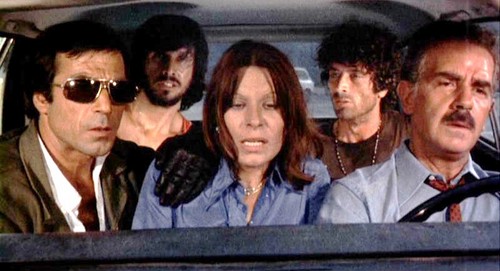 A daring daylight robbery carried out by Doc (Maurice Poli), Blade (Aldo Capponi) and Thirty Two (Luigi Montefiori) goes horribly wrong. Looking to elude the police, they kidnap an innocent bystander (Lea Lander) and force a man (Riccardo Cucciolla), driving his sick son to the hospital, to drive them to safety. Thus the die is cast for an afternoon of tension and tragedy…

A brutally nihilistic, gritty and gripping suspense thriller, which grabs you by the neck and doesn’t let go until its chilling finale, presents a radical departure from Bava’s earlier work: a realistic crime thriller, shot in real time, entirely on location, confined to the interior of a car under the scorching Italian sun. Bava’s ultimate film maudit, would have surely gone down in history as one of the undisputed cult masterpieces of the popular and prolific poliziottesco genre of the 70s, if not for the bankruptcy which stalled it in post-production and the legal battles that ensued.

“Rabid Dogs is to Bava’s career what Detour (1945) is to the filmography of Edgar G. Ulmer, a minimalist noir masterpiece that shows how much drama he was capable of conjuring onscreen with little or no means.”
– Tim Lucas, Images

“Unless the Ayatollahs ever let Orson Welles’s The Other Side of Midnight out of the vault it has languished in since the fall of the Shah, this 1974 Mario Bava suspense thriller stands as the most astonishing quarter-century-late movie ever delivered. By now, Eyeball readers will have heard the story of how the film was stalled late in post-production by a bankruptcy and went into a limbo from which it has only just emerged. And any joy at its resurrection (on DVD yet) is tempered by the fact that it’s still not really available in a format most fans can use, much less playing at a cinema near you. Rights tussles even prevented it from appearing at the NFT Bava retrospective where it should, by rights, have been the triumphant centrepiece. Even more remarkable than the circumstances of its arrival is the fact that the film is at once such a fresh and striking piece of work and so different from anything else in the Bava canon, forcing us to reassess all assumptions about the director. There might perhaps be a link with the cynical misanthropy of Twitch of the Death Nerve in attitude, but the mood, pacing and intensity of the film are entirely different.”
– Kim Newman, Eyeball (1996)

“It has none of the former elegance of any of his other pictures. It’s very down and dirty, it’s shot handheld and it’s a very gritty dark crime movie with a great ending. And probably, had he lived, it might have been a great success and might have gotten him out of the stereotyping.”
– Joe Dante 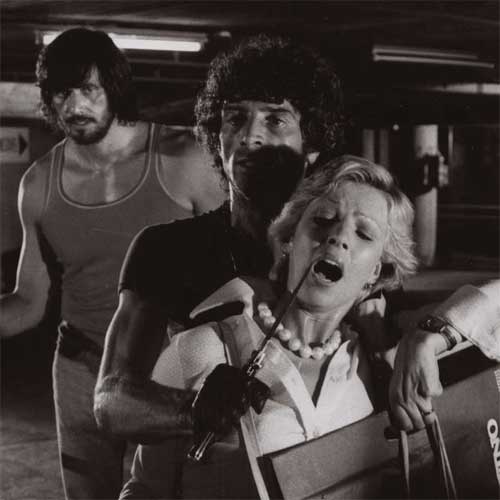 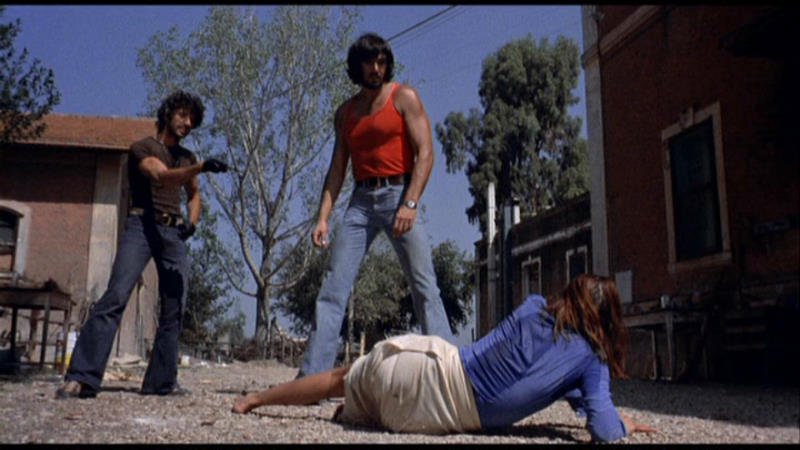