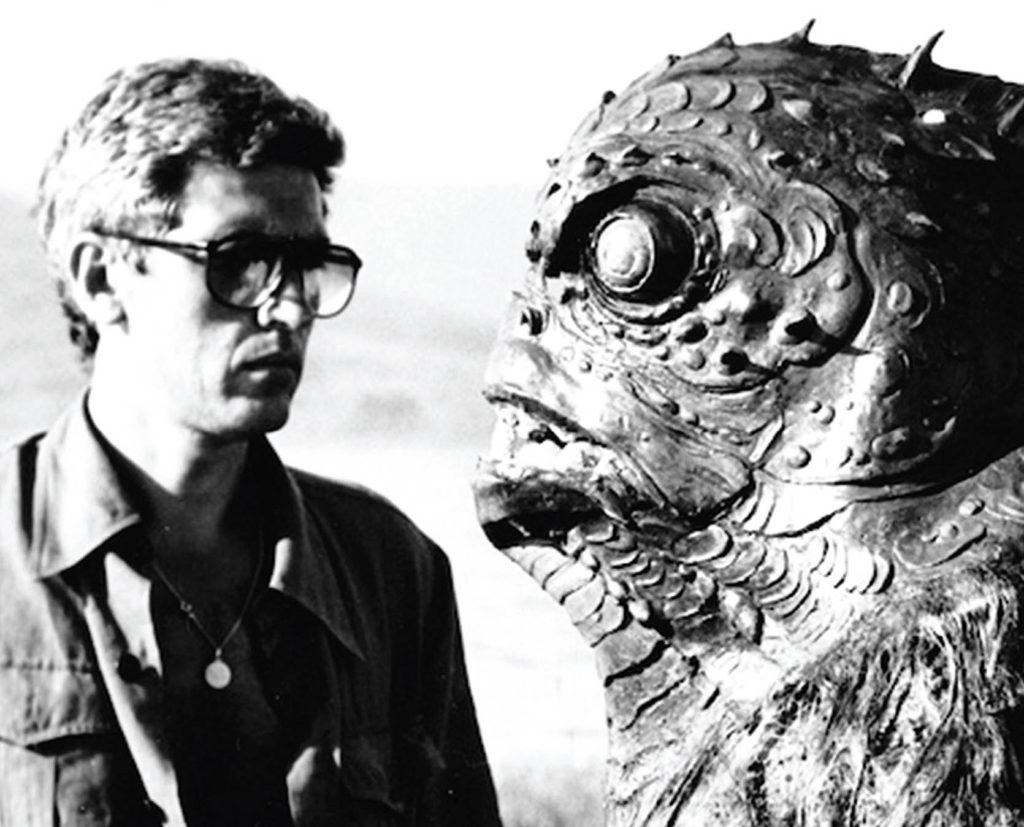 Sergio MARTINO (Italy), our guest of honour and filmmaker-in-focus of our Homage section, is the true renaissance man of Italian genre cinema, a jack of all trades and master of all genres. He began his filmmaking career under the tutelage of his brother, writer and producer Luciano Martino, and as second unit director on Mario Bava’s The Whip and the Body (La frusta e il corpo, 1963). His directorial debut came in 1969 with the Mondo documentary Wages of Sin (Mille peccati… nessuna virtù). “A thousand sins and not a single virtue” says the film’s original title. But as both fans and connoisseurs will attest, Sergio Martino has demonstrated many a virtue in a career spanning over four decades and boasting a filmography of remarkable scope: from the early Mondo shockumentaries and Spaghetti Westerns (A Man Called Blade, Mannaja, 1977), to cannibalistic adventures (Slave of the Cannibal God, La montagna del dio cannibale, 1978), post-apocalyptic action and science-fiction (2019: After the Fall of New York, 2019 – Dopo la caduta di New York, 1983; Hands of Steel, Vendetta dal futuro, 1986), beloved sex comedies (Cream Horn, 1981), political crime thrillers or poliziotteschi (The Violent Professionals, Milano trema: la polizia vuole giustizia, 1973), through to the supreme and most coveted of cult genres, the giallo. From the beginning of the golden period of the 1970s, Martino contributed some of the most prestigious and seminal examples to the treasure trove of Italian giallo film, with pictures such as The Case of the Scorpion’s Tail (La coda dello scorpione, 1971), The Strange Vice of Mrs. Wardh (Lo strano vizio della signora Wardh, 1971), All the Colors of the Dark (Tutti i colori del buio, 1972), and Your Vice Is a Locked Room and Only I Have the Key (Il tuo vizio è una stanza chiusa e solo io ne ho la chiave, 1972), mostly featuring the actress Edwige Fenech aka “La Fenech”. Then came Torso (I corpi presentano tracce di violenza carnale, 1973), one of the most gleefully debauched films of the period, with its unbelievable premise and horrifically comedic murders constituting something of a prototype for the slasher film. This ultra-cult classic also represents the pièce de résistance of our homage to the maestro.

“This is the story of the work of a ‘trash director emeritus’, as I like to consider myself now, tongue in cheek, trying to balance the insults of the critics at the time of my films’ release in the 70s and 80s, and the hosannas of the new generations who have been able to appreciate my films on DVD and re-evaluate them, all thanks to the esteem of Quentin Tarantino, Eli Roth, Jaume Balaguerò and other foreign authors and critics, bless them.”
– Sergio Martino in his autobiography Mille peccati… nessuna virtù?

We regretfully inform the audience, press and general public that our Guest of Honour, director Sergio Martino will not be joining us at the festival due to health reasons. His daughter, filmmaker Federica Martino will join us in Ljubljana to relate her father’s thoughts and talk to us about his films. We thank you for understanding and wish Mr. Martino a speedy recovery. 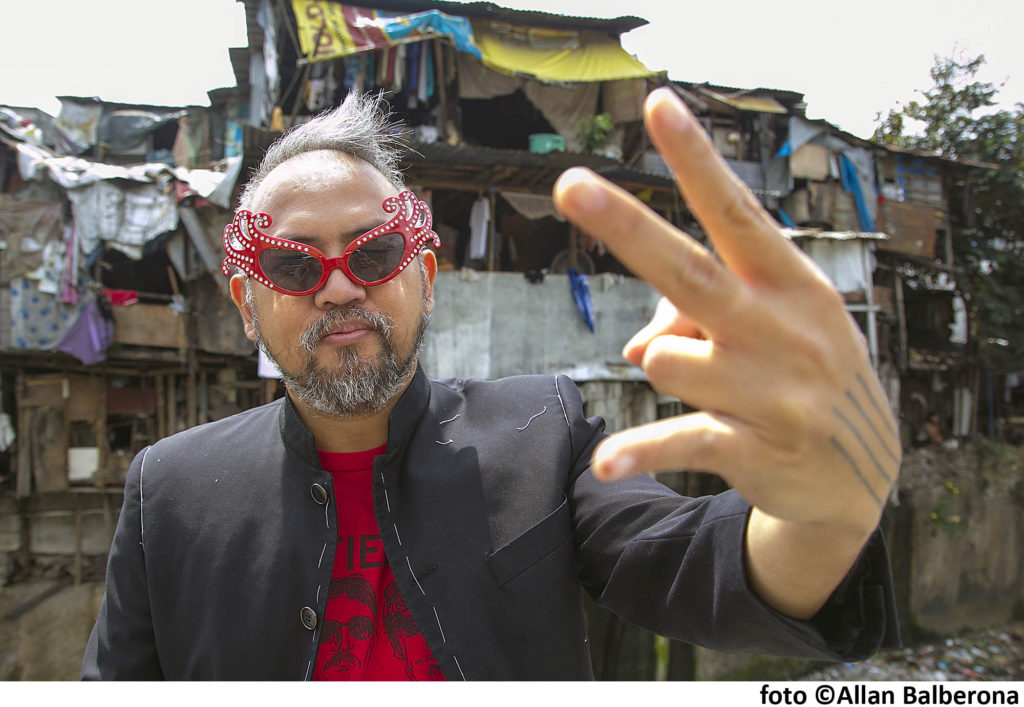 Khavn DE LA CRUZ (Philippines) is a multi-awarded and internationally renowned filmmaker, composer, and writer. He has over forty features and more than a hundred short films under his belt, including Mondomanila (Rotterdam 2012), The Muzzled Horse Of An Engineer In Search Of Mechanical Saddles (Berlinale 2008), Manila In The Fangs Of Darkness (Viennale 2008), and Squatterpunk (Rotterdam 2007). In Slovenia, his films have been presented at the Ljubljana International Film Festival, Kino Otok, Kurja Polt (Alipato: The Very Brief Life of an Ember, 2016) and the Slovenian Cinematheque. Once the proprietor of the late 90s go-to place for local artists Oracafe, Khavn has been called the father of Philippine digital filmmaking. He has served as jury member at the Berlinale, Clermont-Ferrand, CPH:DOX, Jeonju, Jihlava, & Dok Leipzig film festivals and is the festival director of .MOV International Film, Music & Literature Festival, the first digital film festival in the Philippines. Khavn has received the Palanca National Literary Awards (the Philippine equivalent of the Pulitzer) in poetry and fiction. He is also an award-winning songwriter and has performed his original compositions, either as a solo pianist or with one of his three bands Fando & Lis, The Brockas, and Vigo in places such as Thessaloniki, Austin, and Brisbane. He is the president of Kamias Road, an independent film, music, and publishing company.

Dr Alison PEIRSE is a Lecturer in Film and Media at the University of Leeds, UK. Her research engages with creativity and storytelling, with a focus on screenwriting. Within this area she specialises in the horror genre. She is the author of After Dracula: the 1930s Horror Film (2013) and co-editor of Korean Horror Cinema (2013). She is currently editing Women Make Horror: Filmmaking, Feminism, Genre for Rutgers University Press and writing Rewriting Horror Cinema for Edinburgh University Press.

Dr Russ HUNTER is a Senior Lecturer in Film and Television in the Department of Arts at Northumbria University. His research focuses on Italian genre cinema, European horror cinema and genre film festivals. He has published on a variety of aspects of Italian and European genre cinema and is the co-editor (with Stefano Baschiera) of Italian Horror Cinema (2016). He is currently writing Italian Horror: A History, which will be published in 2019 by Edinburgh University Press. He has published in numerous film encyclopedias and reference guides and works closely with a number of European genre film festivals.

Dr Jamie SEXTON is senior lecturer in Film and Television Studies at Northumbria University, UK. He is interested in independent film, cult cinema, and film music. He is the author of Stranger Than Paradise (2018) and the co-editor of the forthcoming Routledge Companion to Cult Cinema (2019). He has also co-authored, with Ernest Mathijs, Cult Cinema (2012).

Gilles VRANCKX (Belgium) is a Brussels-based visual artist, master of drawing and graphic design, and a highly sought after creator of hand-drawn film posters. His artwork is featured in books and on DVD and LP covers produced by the world’s leading genre and cult film labels, such as Arrow Films, Cult Epics and Mondo Macabro. He has created original film posters for cinema’s cults and classics, from Argento, Cronenberg, Lynch and Larraz to the works of Hitchcock, Buñuel, Lelouch and Wakamatsu. Perhaps most widely known are Vranckx’s iconic film posters for neo-giallo filmmaking duo Bruno Forzani and Hélène Cattet: Amer (2009), The Strange Color of Your Body’s Tears (L’étrange couleur des larmes de ton corps, 2013) and Let the Corpses Tan (Laissez bronzer les cadavres, 2017). He will present his works in a two-part exhibition entitled The Strange Colors of Gilles Vranckx, on display from April 1 to 22 at the Slovenian Cinematheque and Kinodvor Gallery.

Dirk VAN EXTERGEM (Belgium) is a specialist curator of genre cinema, the coordinator and programmer of Offscreen Film Festival, the annual meeting for cult and alternative film connoisseurs taking place during three weeks in March, in Brussels. He is also the film programmer of the Brussels Cinematek’s “B to Z” series and “Mondo Culto”, a season dedicated to cult films at Cinema RITCS. 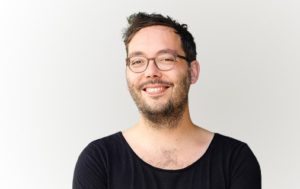 Markus KEUSCHNIGG (Austria) is a former film critic for Austrian daily newspaper Die Presse and the radio station FM4. In 2010 he co-founded /slash Filmfestival, Austria’s first international film festival dedicated to Fantastic cinema, for which he is still serving as Artistic Director. He is currently living together with his boyfriend and two cats in Vienna.

Mario KOZINA (Croatia) is a Zagreb based film critic and editor of Filmonaut magazine. He is one of the selectors of 25 FPS International Experimental Film and Video Festival in Zagreb, and a regular contributor to Zagreb Film Festival and International Film Festival Rotterdam. In 2016 he received the Vladimir Vuković Award for Best Film Critic bestowed by the Croatian Society of Film Critics.