ALIPATO: THE VERY BRIEF LIFE OF AN EMBER

The year is 2031 in Mondomanila, the megalopolis of slums. The Kostkas, a gang of street kids, steal and kill in the “black capital”. But their robbery of the central bank goes south, the money disappears and their boss is jailed. When he is released 28 years later, Kostkas want to know where the money is buried. Then one by one the gang members are murdered. Panic spreads among the survivors and suspicion grows that one of their own is behind the killings.

Philippine underground filmmaker and punk poet Khavn returns to the megacity of Manila to show us the lurid bleak face of his hometown in this singular, hallucinatory and ultraviolent saga – the only possible answer to the chaos of violence and perversion of lawlessness in the land of Duterte. A movie not only about, but from the slums of Manila. An uncompromising vision of a radically engaged cinema.

“Khavn earns a place of his own in the international foreign legion of experimental extremists and cult film makers such as the Japanese Takashi Miike, the German Jörg Buttgereit and South African Aryan Kaganof/Ian Kerkhof.”
– Gertjan Zuilhof, Rotterdam International Film Festival

“I am fascinated by child criminals. How does violence become the birthright of the young? Do they kill and steal because they need to, or because it is the only way of life that they know? Poverty is fertile soil for mayhem. Where people are poorest, there they are also most religious and desperate. Desperation is a terrible thing even in the most hardened of criminals. But in the young, it is even more heartbreaking. And so I placed this tale of the damaged young in Mondomanila, home of the desperate, a city as gritty and bleak as any on the Philippine map. But it is more real than any city on this planet. It is the Filipino’s darkest nightmare. It is the bleak future of the Philippines if we don’t get our act together. National hero Jose Rizal said the youth is the hope of the country. Long live the children for in a world that’s falling quickly apart, they are already dead before being born. This is a story of children.”
– Khavn

“An unbridled film and a killer in every sense of the word with a violent approach, brimming with disruptive madness and freedom, about the life of a gang in a Manilla slum in 2025.”
– Jury Special Mention, Geneva International Film Festival

“There should be no need for winning in the arts. Awards condition people into thinking that art is a competition, that good cinema is prize-winning … that a filmmaker must win an award or two to be considered finance-worthy. [This] enables the slow death of many and lack of support for most. What does it mean to be political in the time of Trump … in the country of Duterte? [I] dedicate the film to all the outsiders of the world: kids, midgets, freaks, paralytics, prostitutes, scoundrels. These are my people. I make outsider films that talk about the pain and joy of not belonging, of always being on the outside peering in. Nawa’y hindi ako maging uso magpakailanman (I hope I will never become the trend forever), and Lucifer forbid it ever becomes fashionable to watch a film that is not by Khavn.”
– Khavn

Screening in collaboration with the Association of Slovenian Film Critics (FIPRESCI) and Pritličje. Free admission! 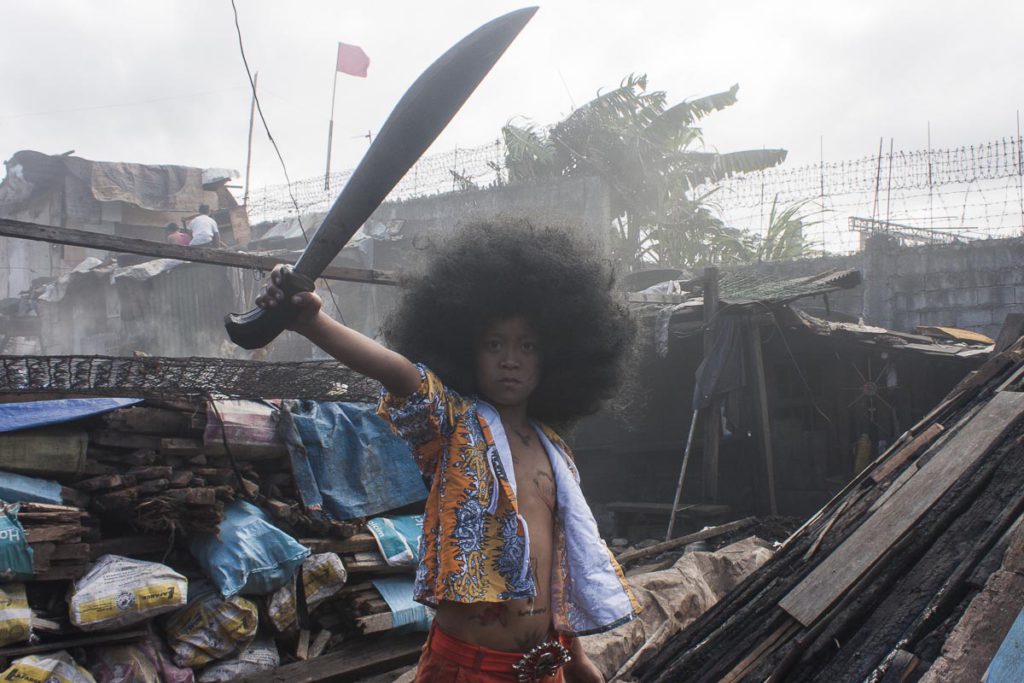 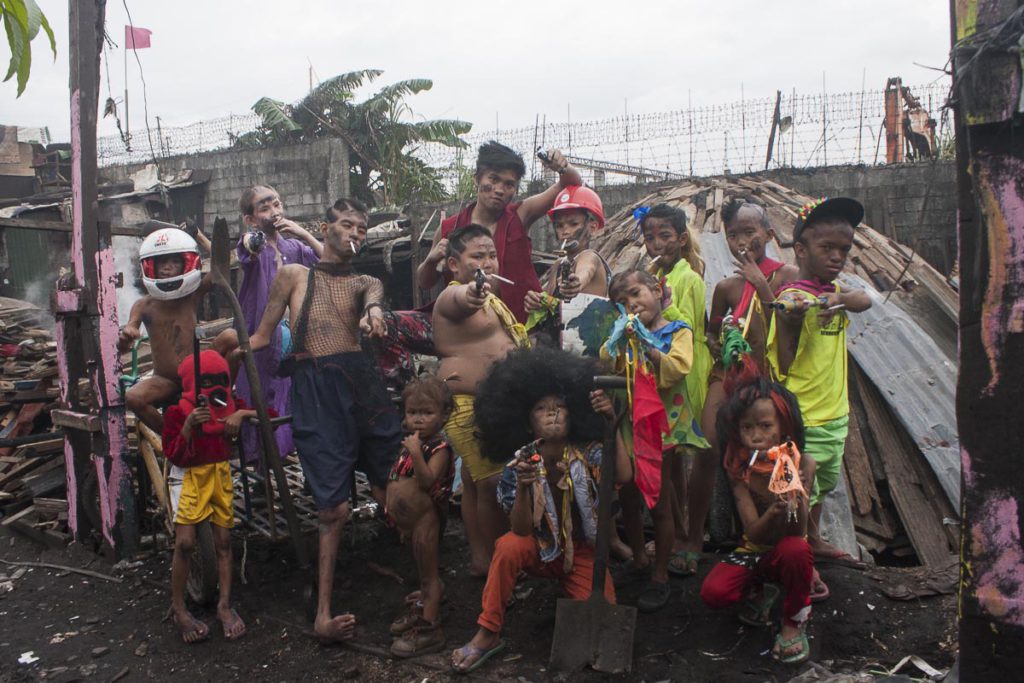 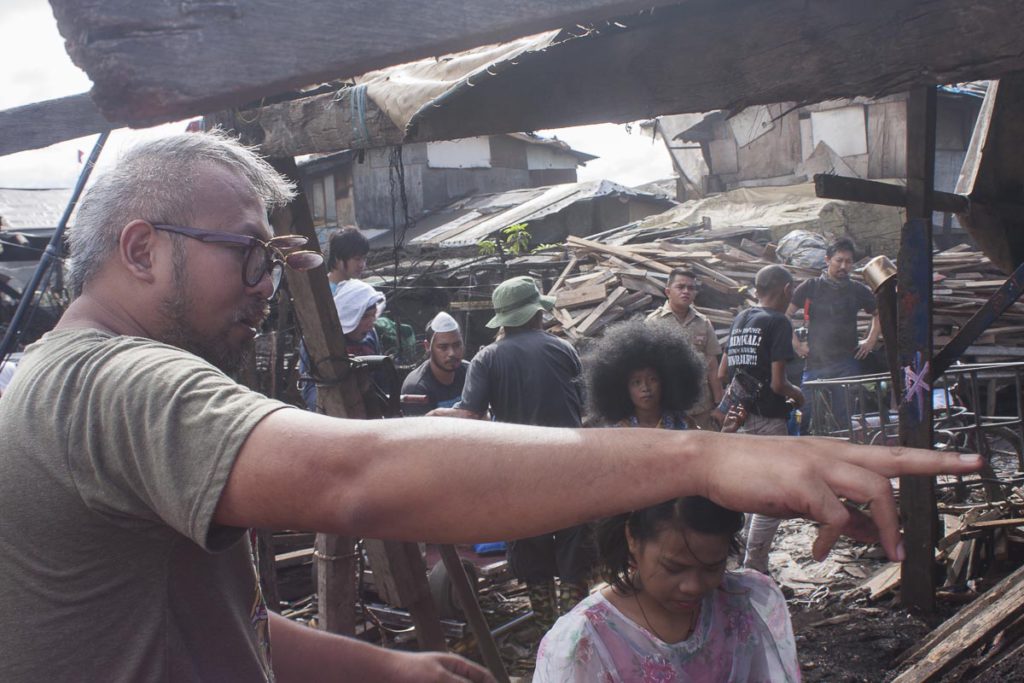 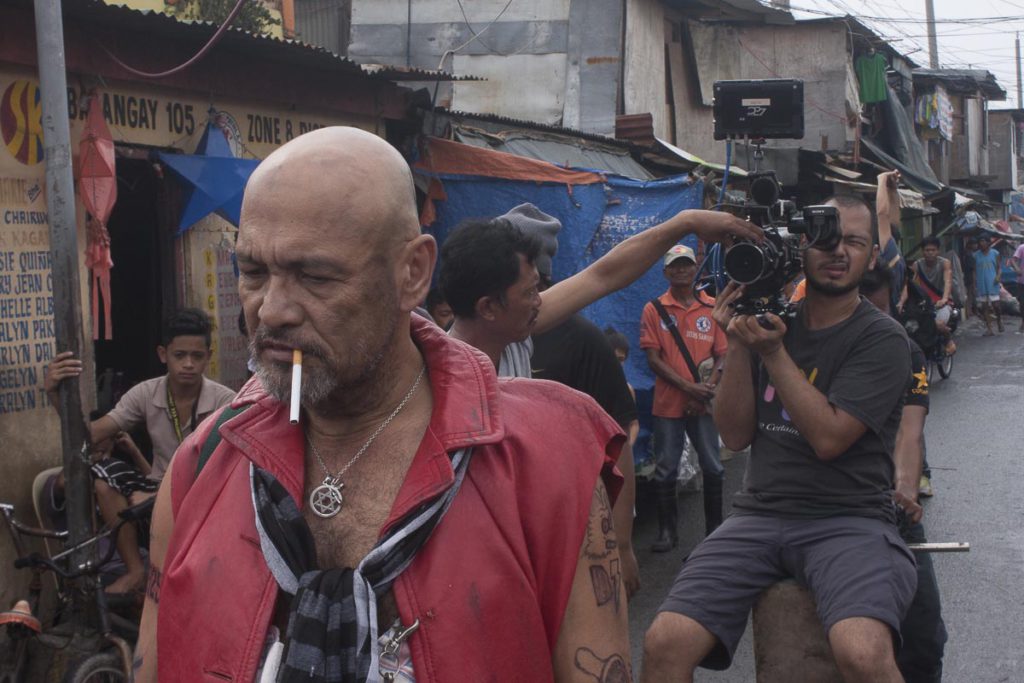