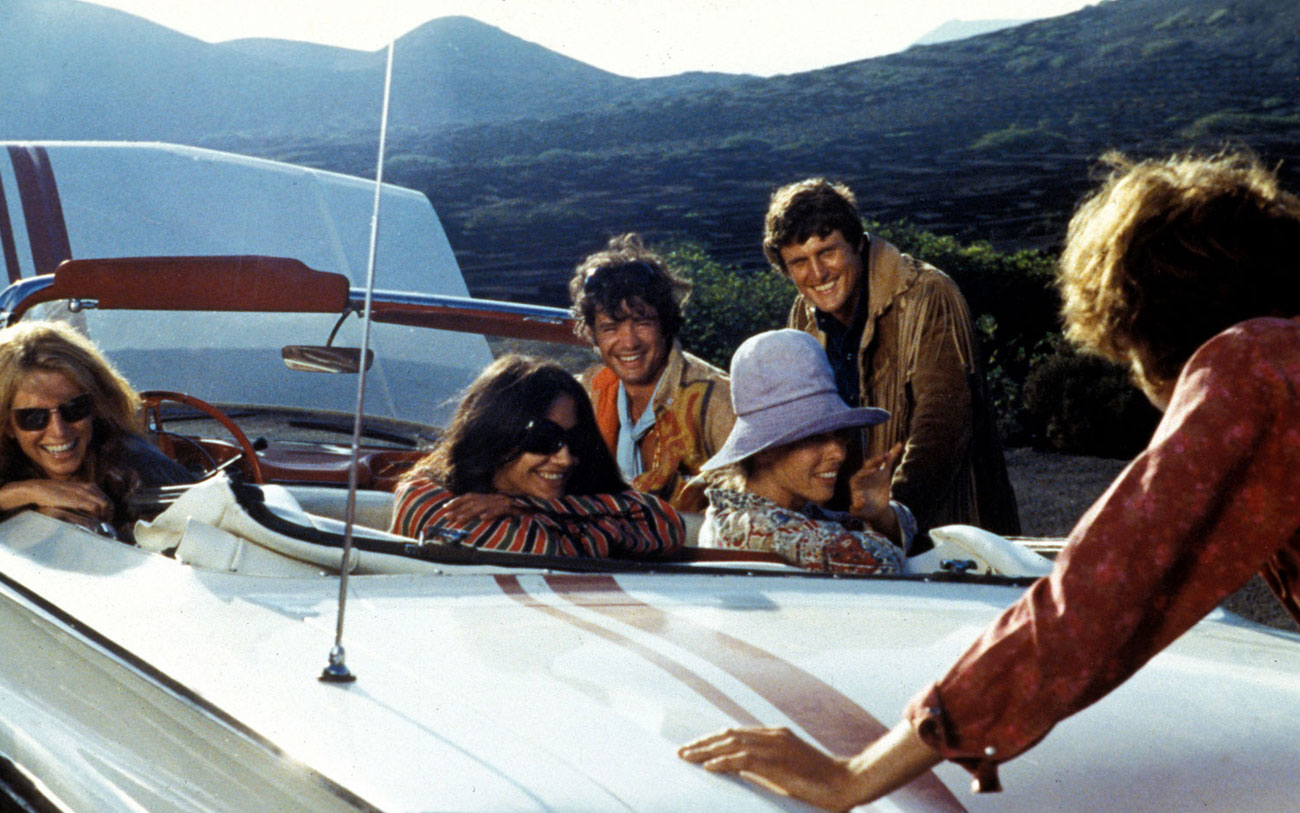 When a lone traveller stops at a desert roadside café, the owner Mara is convinced that he is Rocky, her son who mysteriously disappeared four years ago. Her mind must be clouded by grief, thinks the tired young man. But when he meets Mara’s daughter Billie, she is also convinced that her brother is back. A slowly smouldering, sun-scorched and delirious twilight of the hippie era, mixing incestuous sex, drugs, and delusions, with Rita Hayworth in her penultimate film and platinum diva of biker flicks and giallo films, Mimsy Farmer.

“Beginning like any typical soleil, with a drifter coming between the isolated residents of some commercial outpost, Lautner’s film very quickly becomes something other, a bizarre mélange of incest, drugs, sex, and hallucination. A very minor influence on Tarantino’s Kill Bill, Salina follows many typical noir conventions. It is told in flashback, it involves a murder, and emotions such as greed and jealousy are heightened. But it is all set in a near-lunar desert landscape like something out of Antonioni, and has the added cachet of youth, pitting the very young and hippie-like against the old and decrepit. It’s not a very good film, but that makes it more interesting.”
– D.K. Holm, Film Soleil