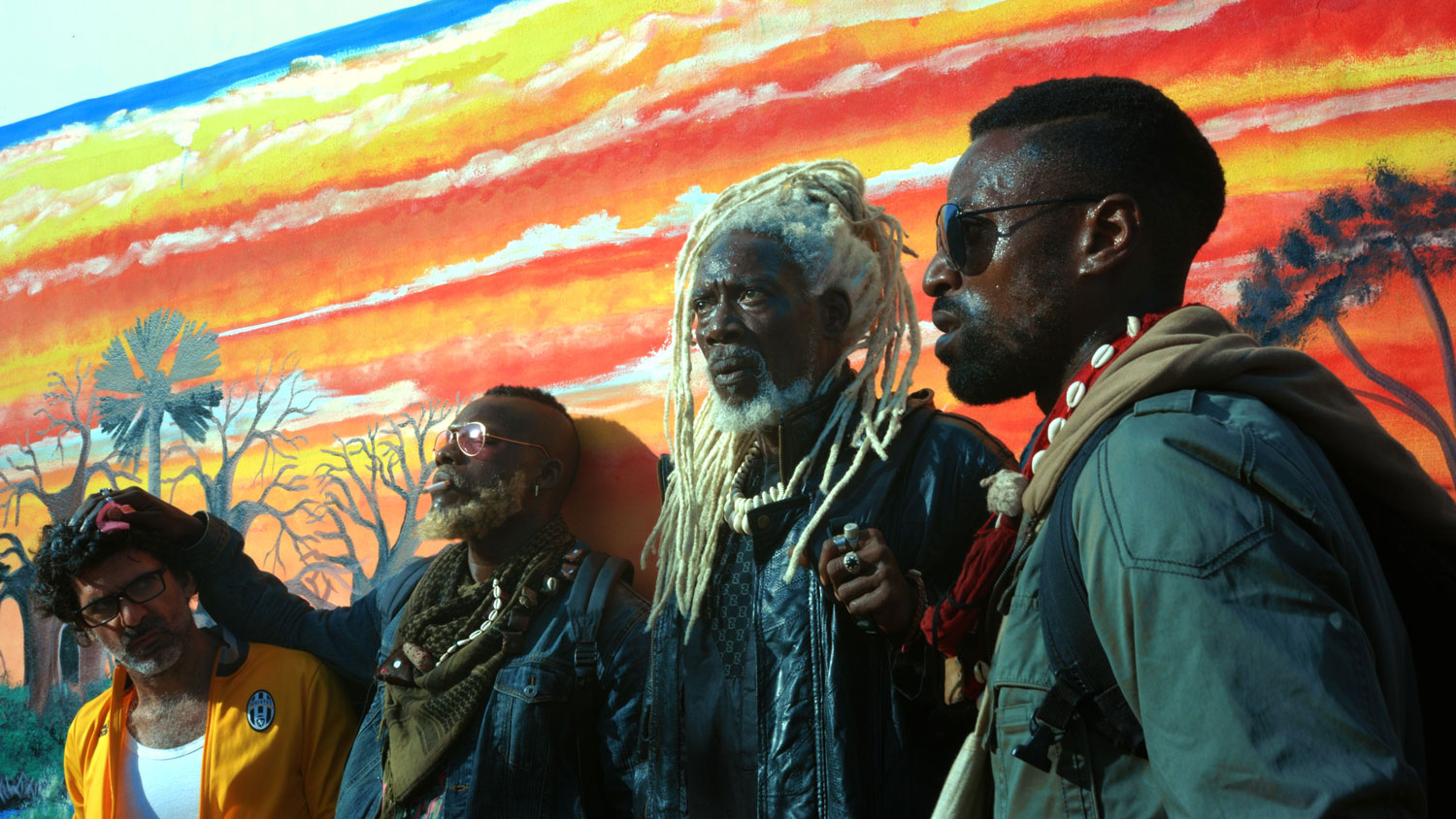 The Bangui Hyenas, a legendary three-man mercenary army, escape Guinea-Bissau with a Mexican drug lord, only to find themselves in an eerie holiday camp full of suspicious characters in a remote region of Senegal. After the troubled past of their leader Chaka is revealed, dark forces unleash upon them. The Congolese director’s second feature is a supernatural gonzo thriller, influenced by spaghetti westerns and stories of Mexican cartels, yet rooted in African mythology and postcolonial reality. The mercenaries don’t only know how to use weapons, they quote Thomas Sankara and drop jokes in sign language: “Do we look like the UNICEF!?”

“Genre cinema rarely feels as multifaceted as Congolese director Jean Luc Herbulot’s gonzo thriller Saloum, which combines its disparate influences with such abandon that you can’t help but go along for the ride. Propulsively lurching with infectious glee from crime drama to modern-day Western to horror suffused with supernatural elements, this may turn out to be the rare African film that enters the international mainstream, or, at the very least, achieves cult movie status.”
– Frank Scheck, The Hollywood Reporter

“I love Westerns, I love horror. I also grew up with these African stories of monsters and black magic. I’ve always wanted to try and mix these influences, to do a movie that might tackle some serious issues but is all about having fun. I’m not saying anything new when I point out that there’s a great business in showing misery in Africa. /…/ But I grew up in Congo. I survived a Civil War there. And I can tell you: growing up in Africa is fucking fun.”
– Jean Luc Herbulot