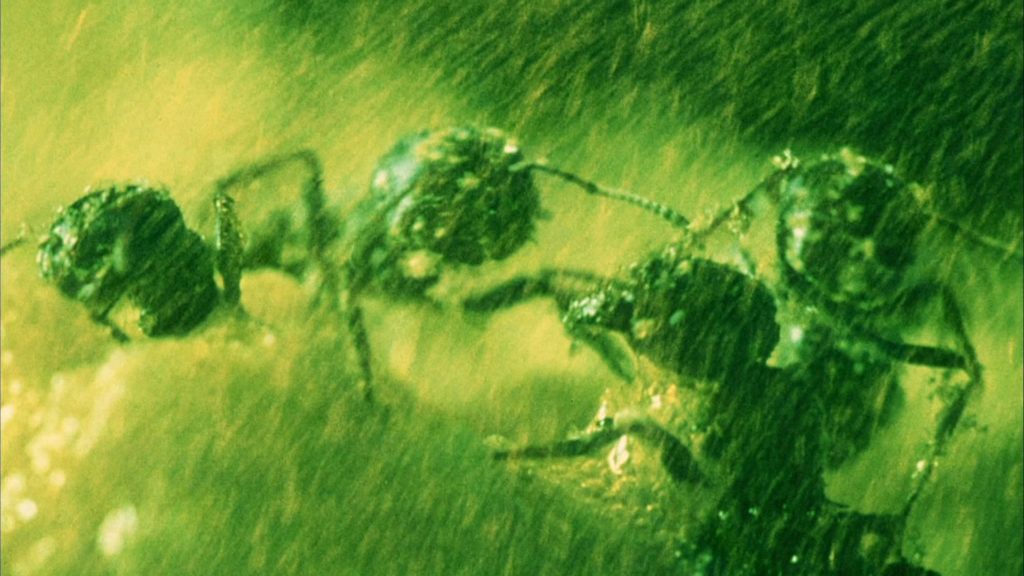 When strange structures and patterns begin to appear in the Arizona desert, two lone scientists set up a research station to investigate the origin of these mysterious events. They soon realize that they are the work of highly evolved, super-intelligent ants. The ants seem to be trying to communicate with the human world… And they are not happy.

The sole feature film by acclaimed graphic designer Saul Bass, the man behind the immortal title sequences from Preminger’s The Man with the Golden Arm to Hitchcock’s North by Northwest, Vertigo and Psycho, is a haunting and stylized curiosity, a meditative sci-fi experiment, deserving of its cult status. Rather than offering a cautionary tale about mankind vs. the species, Bass envisions a new evolutionary phase and proposes we merge.

“The only feature directed by legendary graphic designer Saul Bass concerns a colony of hyperintelligent ants intent on taking over the world, but it’s less a creature feature than the equivalent of taking mushrooms with a bunch of hip myrmecologists.”
– Sam Adams, Rolling Stone

“In addition to creating a series of dreamlike montages and singular images, Bass enlisted Ken Middleham to shoot footage of real ants, creating a sort of animal acting verisimilitude that has gone unmatched on film before or since.”
– Todd Gilchrist, The Hollywood Reporter

“A lot of filmmakers seem to have lost track of this in recent decades, but there’s a reason why its thinner-skinned fans prefer to call science fiction by the rather more pretentious name of ‘speculative fiction’– the shit’s supposed to make you think! Phase IV does, and that’s a hell of a lot more than you can say for most movies about killer bugs.”
– Scott Ashlin, 1000 Misspent Hours and Counting 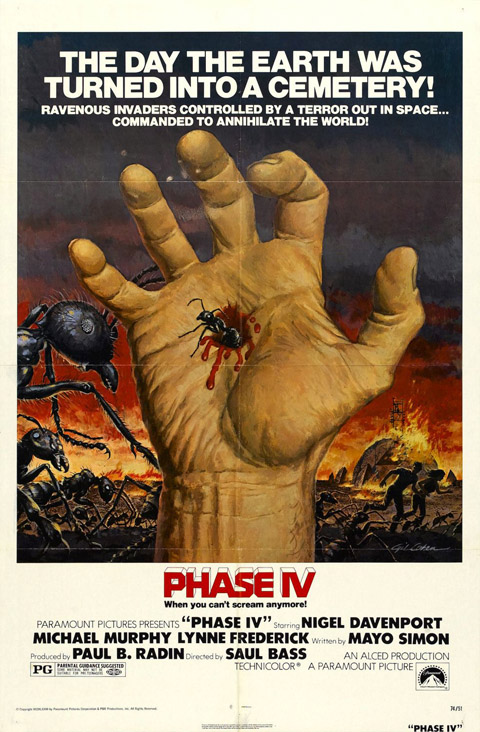 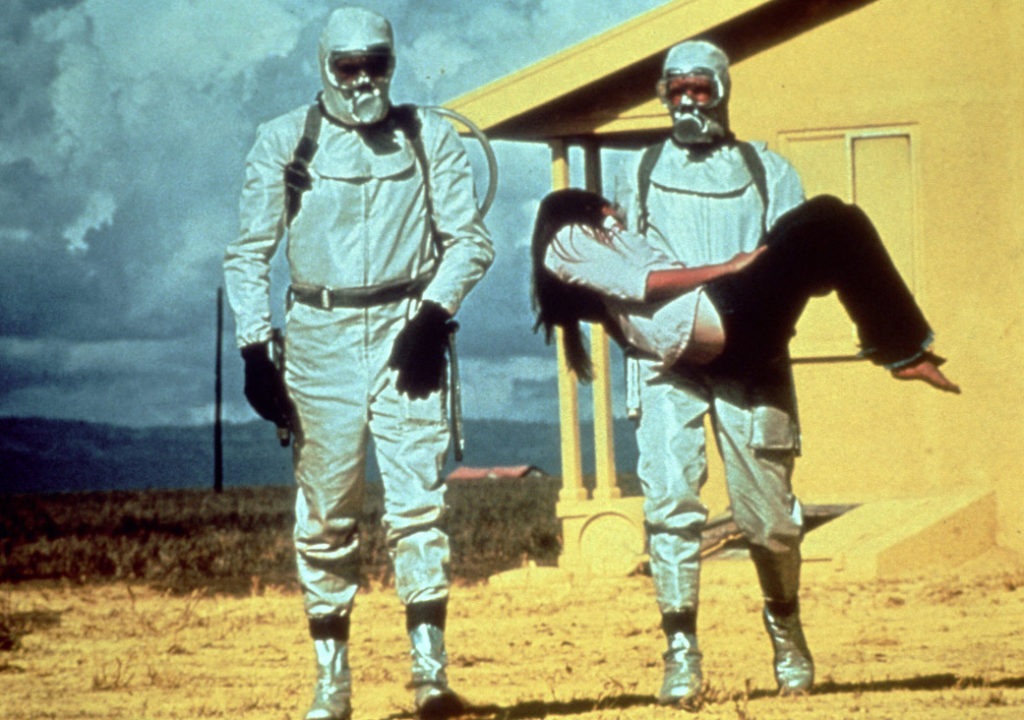 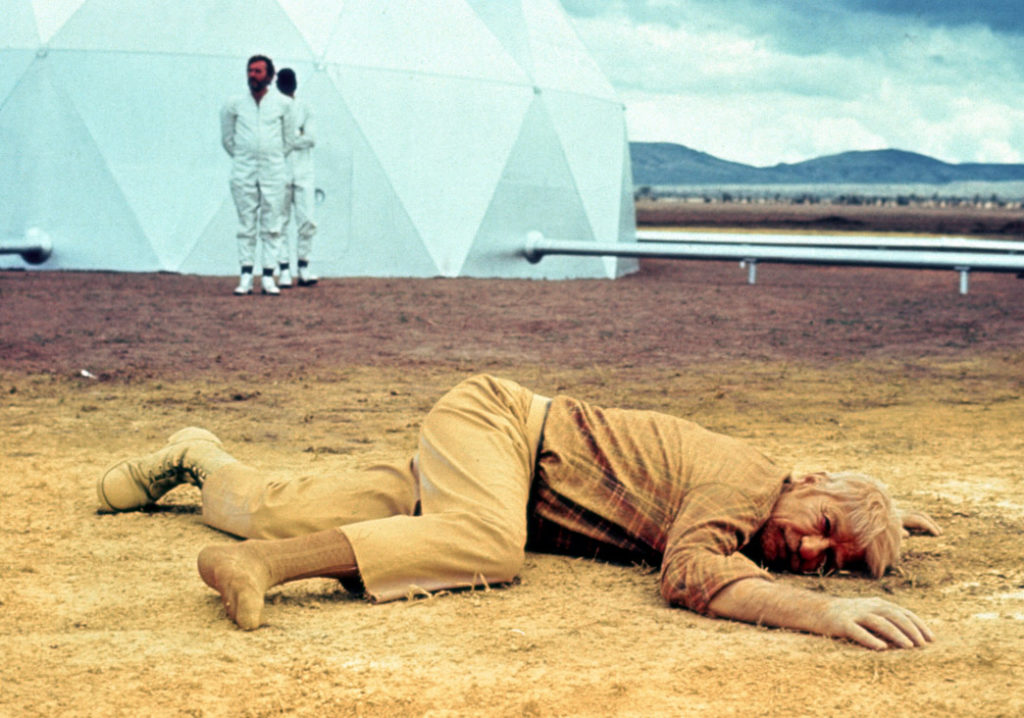 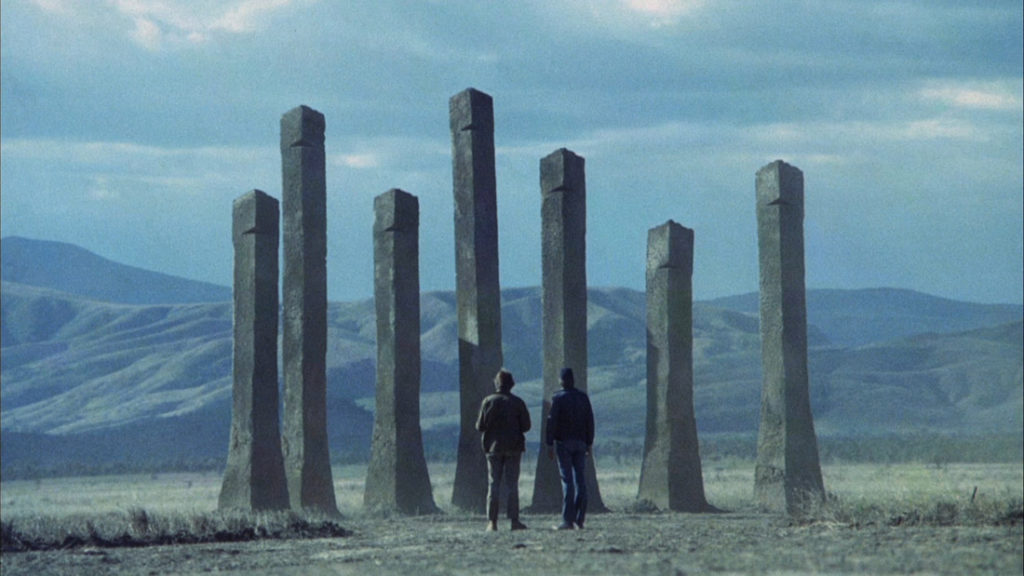 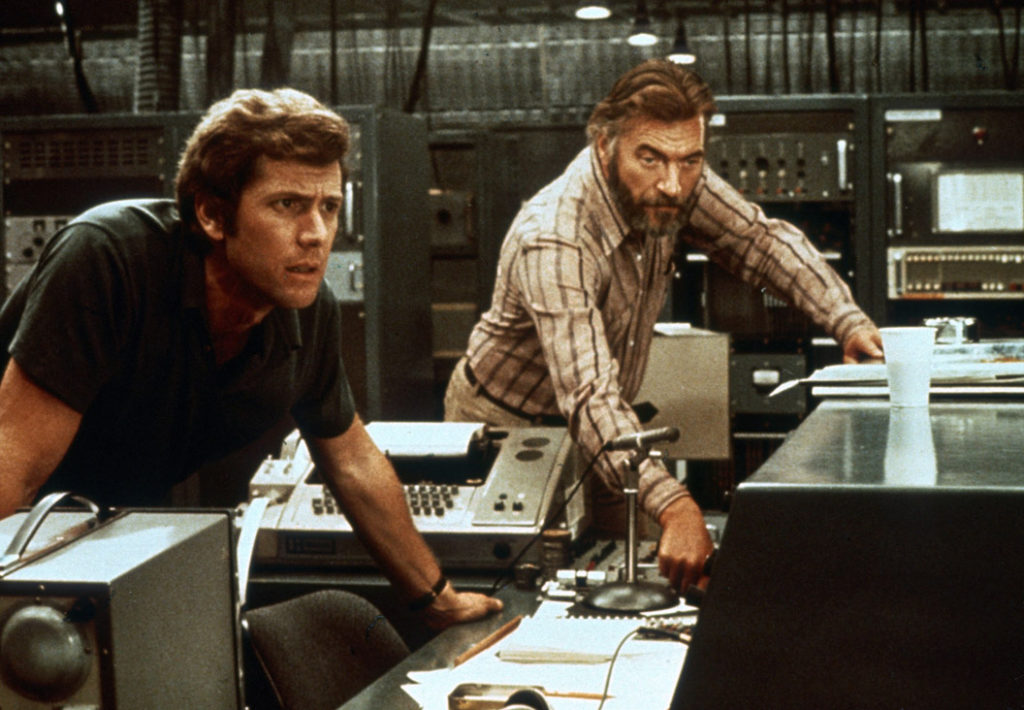