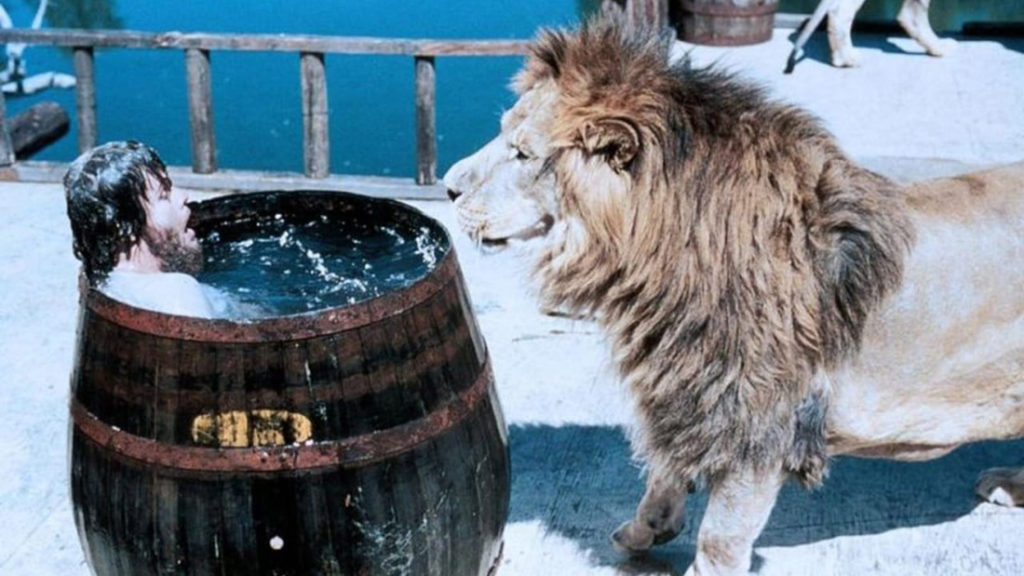 NO ANIMALS WERE HARMED IN THE MAKING OF THIS MOVIE. 70 MEMBERS OF THE CAST AND CREW WERE.

Hank (Noel Marshall) is an energetic scientist, living in the bush country of East Africa, alongside a menagerie of over 100 wild lions, tigers, panthers and an elephant or two. They all live together in apparent harmony. Until one day, just as his wife and children (real-life wife Tippi Hedren, step-daughter Melanie Griffith and his sons John and Jerry Marshall) arrive from Chicago, a battle for dominance erupts between the lions. And things go so badly wrong.

It took director Noel Marshall (The Exorcist producer) and his wife Tippi Hedren (The Birds) 11 years to produce Roar, during what is considered the most dangerous film shoot in history. But the result is beyond compare. A bonkers mad, sweat-in-your-seat action adventure where every frame is filled to the brim with volatile wild cats. Hitchcock and his feathered menace were a walk in the park. This is jungle!

“When the movie finally debuted in 1981, Roar was deemed by Variety as the ‘most disaster-plagued film in the history of Hollywood.’ It was also a financial disaster. Fortunately, the passage of time affords us the perspective to view Roar for what it truly is: the most epic and amazing animal thriller ever made. It plays out like a fever-dream Disney movie. The lighthearted slapstick of the surface masks one of the most intense, white-knuckle, nail-biting thrillers ever seen. The cast is in constant mortal danger as dozens of adult lions ‘improvise’ around them. At numerous times Marshall drips blood as he fends off ferocious advances from jaguars and tigers alike. Melanie Griffith’s real-life mauling is on display in the final cut. A jaguar licking honey off Tippi Hedren’s face was an untested idea that could have easily ended very, very badly. Knowing the backstory of the production, you can see perpetual terror in the eyes of the cast as an army of lethal predators close in around them. /…/ You’ve never seen a movie like Roar and there will never, ever be a movie like Roar again.”
– Tim League, Birth. Movies. Death.

“Like watching a live-action Lion King as Mufasa holds a switchblade to your throat.”
– Complex

To usher in our retrospective titled “Nature Gone Wild”, we present its exact opposite. This is nature gone civilized. 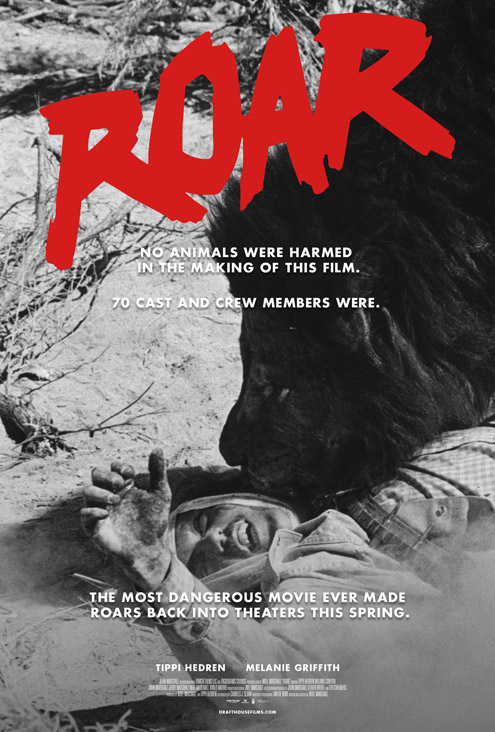 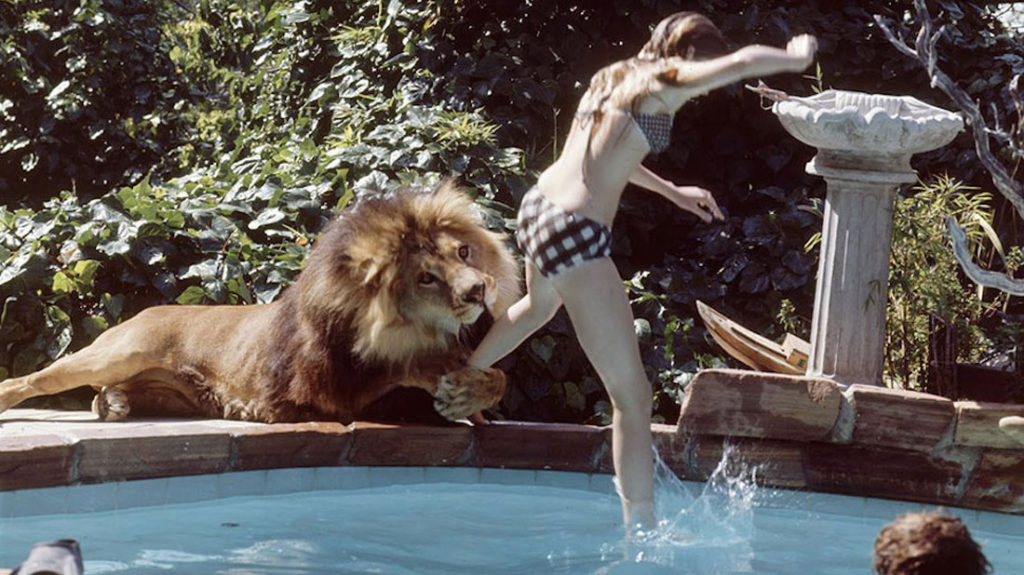 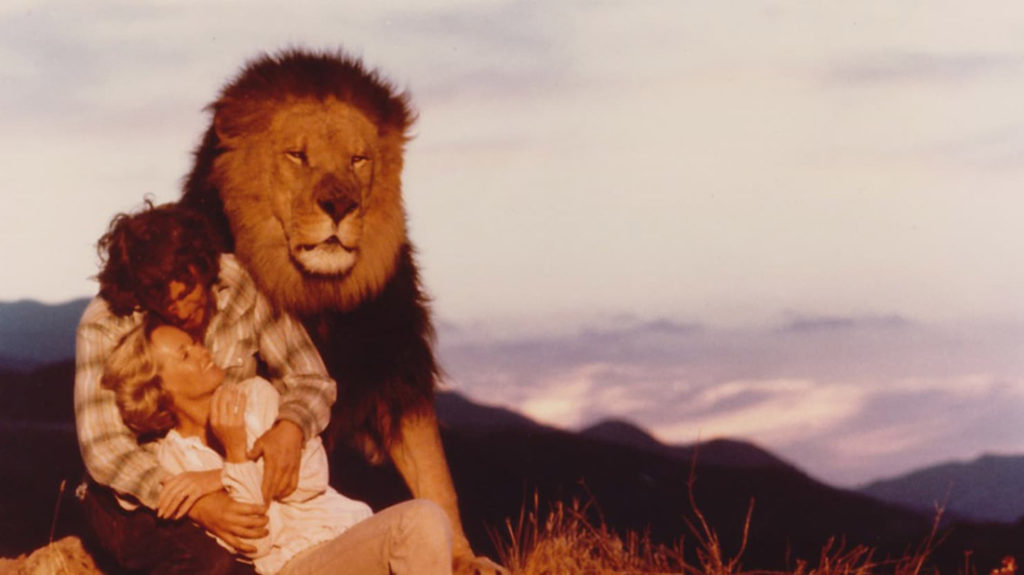 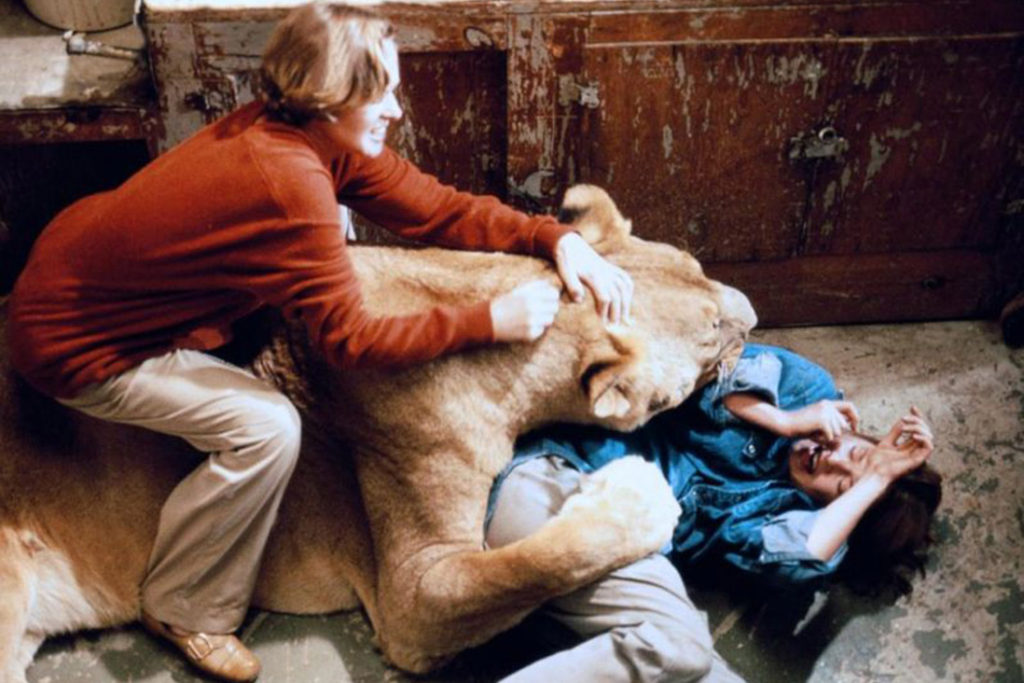